Plane made from lemonade bottles soars through the sky (Video) (updated) 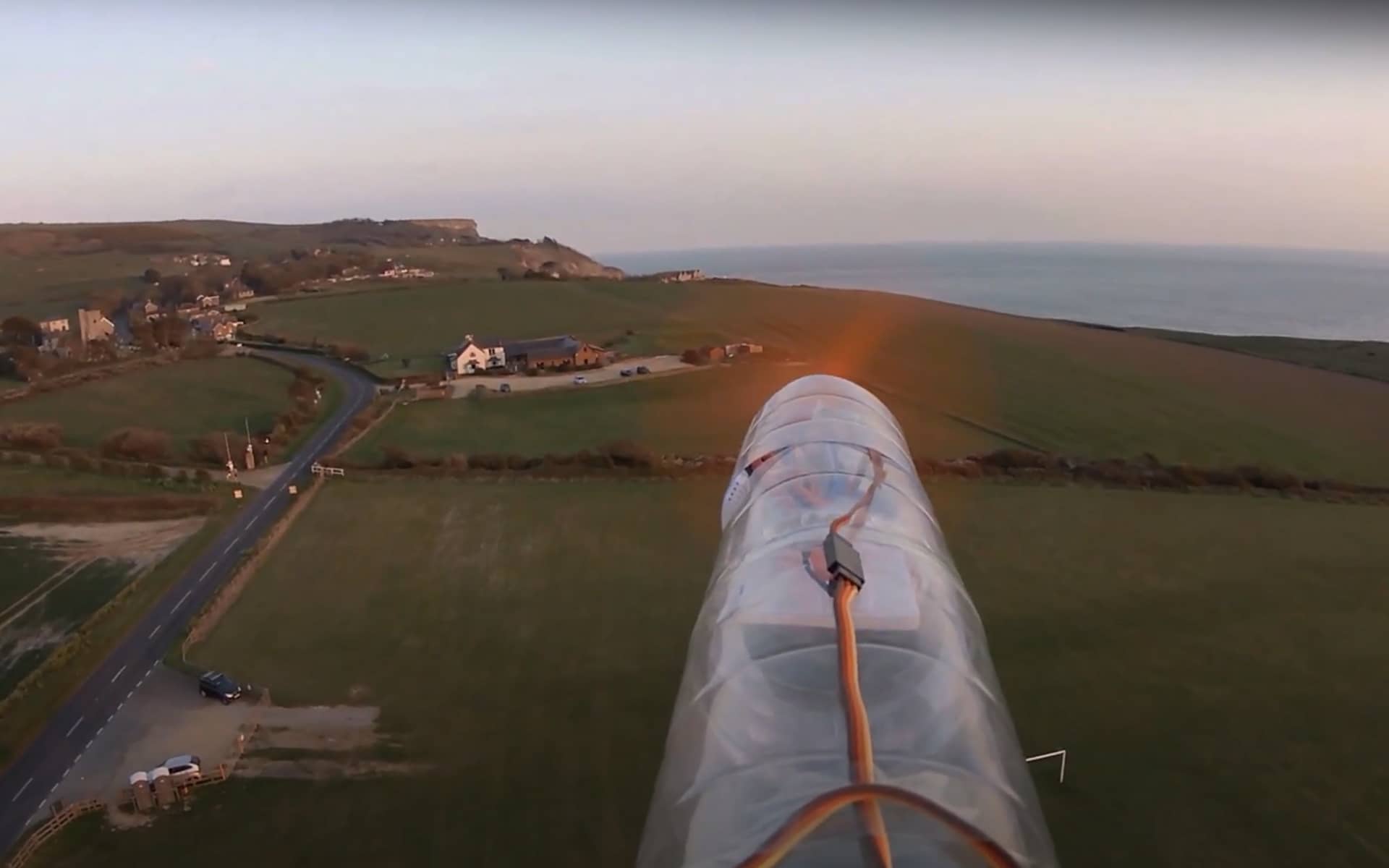 It’s been a while since we’ve seen a short film from Paul Knights (see his previous work), but he has just shared this latest.

It’s of the maiden flight of his recently ‘scratch build’ radio controlled plane, filmed at Chale recreation ground a couple of days ago.

We’ll have to wait a little while, but there will be a build video and more details to follow.

Watch the video
In the meantime, check out this calming video of the plane flying above the Chale coast.

“The handmade glider, named “P-17” Bottle Plane (a gentle giant) is more than just a lemonade bottle with wings”
Yes it’s got an engine!

Engine or not…its a great way to spend your time. I would like to see more clips like this.

On my iPad there’s no video, just a photo, but impressive nevertheless

What do you mean, there isn’t a video? Scroll down!

Sorry, can’t you get a video on an iPad? That’s a shame.

This morning I see the video; yesterday there was just a white space where it is now. What an amazing project!

Although I see it does have a propellor, so isn’t strictly a glider!

The guy’s a genius!

Good to hear you can now see it. I haven’t changed anything in the article, so it sounds like your iPad hadn’t finished downloading the page when you saw the white space.