Glimmer of hope in the campaign to save North Street playground

Most of the equipment has now been removed from the North Street playground, but there is a glimmer of hope as the IWC share the latest news with OnTheWight. 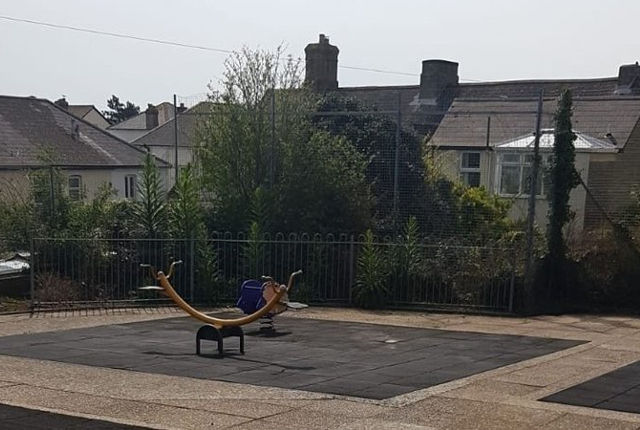 Parents and grandparents of children who use a playground tucked away in a residential area of Ventnor have added their signatures to a petition calling for the return of playground equipment.

Without warning to those who use the North Street playground, the swings were removed last week.

The clerk for Ventnor Town Council told OnTheWight they had not been informed about the removal of the climbing frame and swings, nor had been involved in any discussions about the equipment being replaced.

Parents signing the petition have expressed how important the playground area is to ensure young children have somewhere to socialise and benefit from fresh air and sunshine.

Swings were beyond repair
A spokesperson from the Isle of Wight council said:

“North Street is an IW Council playground. We risk assess all playground equipment regularly and where wear and tear is identified we either repair, if possible, or remove the equipment on safety grounds.

“Unfortunately, when we recently inspected North Street, the swings were beyond repair and if left, would have posed a risk to users of the play area, so have been removed and will not be replaced.”

Some parents have questioned how the equipment was allowed to get to the point of no repair.

Bouncy ride to return
There is some good news though, the spokesperson for the Isle of Wight council also added,

“The bouncy ride can be fixed and will be back in place as soon as possible.”

Planning applications on the site
When asked whether there were any plans to sell the site for housing, the IWC spokesperson replied,

Show your support
If you want to add your signature to the petition, you can do so over on the Change.org Website.

A group has also been created on Facebook to gather support for the return of equipment to the playground.

The Ventnor Town council has said they will keep us informed of any talks, so we’ll let readers know when there is an update.

Disgraceful! I played there as a kid and so has my daughter. Another sign of Tory austerity. DC Dave and the boys in blue ( see what I did there? ) should hang their heads in shame yet again. Just a thought – maybe Dave has a thing against playgrounds because he was never tall enough to be allowed on the rides?