‘Huge potential for a second wave’ on the Isle of Wight, says hospital chief

One doctor warned that patients at the hospital who are in non-Covid areas could be ‘silent assassins’, as the trust is ordered to keep Coronavirus wards in place until after the winter 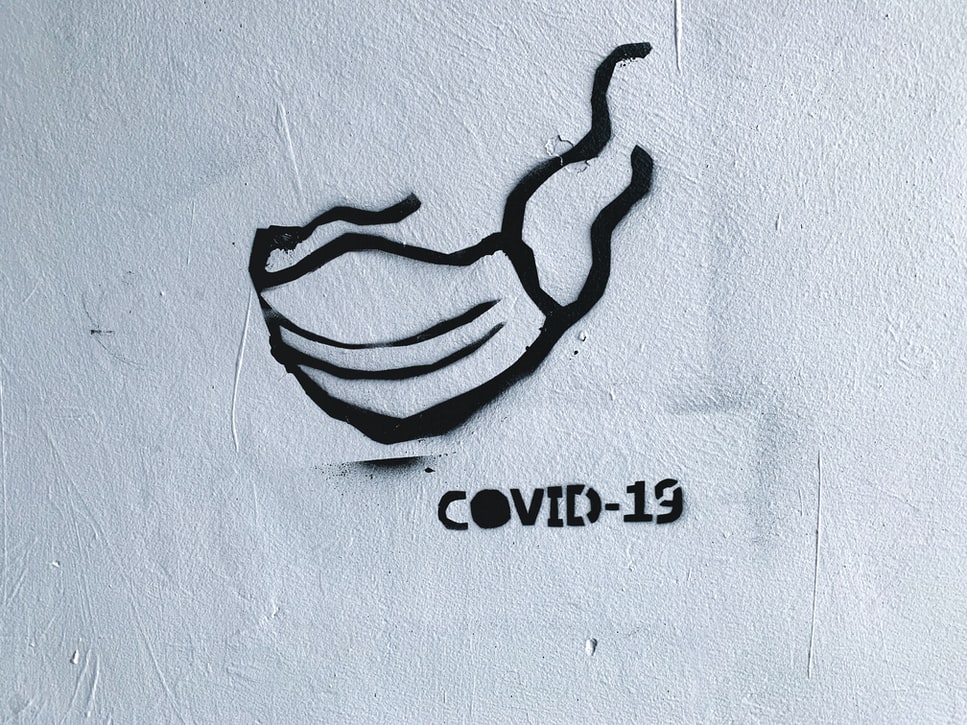 Coronavirus wards at the Isle of Wight NHS Trust will remain for at least another nine months, in case of any further outbreaks of the virus.

In order to provide secure places to treat patients affected by Covid-19, and reduce the potential further spread of the virus, some parts of St Mary’s Hospital in Newport were transformed into wards with suitable space between beds and patients.

The Laidlaw building, which previously housed outpatient clinics, including rheumatology and other therapies, was turned into a Covid ward and will now stay that way until at least April, one senior leader has confirmed.

Smyth: Huge potential here for a second wave
Joe Smyth, chief operating officer for acute and ambulance services for the trust, said the main outpatient department would be returning, but NHS Improvement (NHSI) guidance has stopped the reconfiguration of Laidlaw.

“NHSI has been very clear — there is a huge potential here for a second wave and we have to be able to turn back beds at a days notice, we can do that with the bay in the outpatients’ area.

“The other outpatient area, the Laidlaw building, we have had to do significant work to make that fit as an inpatient facility.

“Unfortunately, we are going to have to keep the beds in that facility until April next year — we have been told we have to.”

Most of the outpatient services have been rehoused in a ward to the north of the hospital or other areas, and Mr Smyth hopes the services will be back up to speed by September, when the last of them are moved.

Field hospital in place over winter
However, other areas of the IOW NHS Trust’s response to Covid, including the Field Hospital, which saw Isle of Wight businesses and the army coming together to help build, will be in place until at least the end of winter.

Claire Gowland, deputy chief operating officer, said at a meeting of the trust’s board last week:

“When we started modelling and worked on the worst-case scenario, we commissioned additional beds and a field hospital that we luckily haven’t had to use or access. We are conscious it is there and we may need to switch them on at some point in time.”

Parker: Coming out of Covid going to be more difficult than how we got into it
Steve Parker, clinical director at the trust, confirmed the extra resources will be staying put for now, but said it would be a challenge to maintain services pre-Covid.

“The extra beds, the field hospital, the medical assessment unit are still on-site and we have been instructed to maintain those at least until the end of winter.

“The real crux of the problem is having the hospital function within its existing resource, there is still a requirement for us to have hot and cold areas.

“Moving forward both locally, regionally and nationally there will be a large gap between capacity and demand. Coming out of Covid is going to be more difficult than how we got into it.”

Oldham: Silent assassins
Chief executive, Maggie Oldham, spoke of the ‘real dilemma’ the whole of the NHS was facing in that they do not know who has the virus and who has not.

“A doctor said to me in the non-Covid areas you need to consider those patients as silent assassins, because you cannot let your guard down.

“So it is very complex for us, and across the NHS, but is just affects us more because of our size and scale.”

Image: Adam Niescioruk under CC BY 2.0

20 Comments on "‘Huge potential for a second wave’ on the Isle of Wight, says hospital chief"

newest oldest most voted
Patterson
During last weeks PMQ’s it was clear Boris Johnson hadn’t even read the Government Advisory Group report into the vulnerabilities of a second wave of Coronavirus during the coming winter months, with advice on preparations that need to be made now, and this is the leader and political party we are all expected to believe when he declares a return to normality by Christmas. It’s simply one… Read more »
Vote Up34-13Vote Down
kerry

The clue is always in the name, Alexander Boris de Pfeffel Johnson.

Pfeffel says it all!

This makes it clear that the Government are fully aware that their decision to lift restrictions will be catastrophic and is their preferred option.

Angela, you don’t think the Conservatives care for people, (other than themselves), do you?

The first rule of any government is to protect its population, the government has spectacularly illustrated its complete contempt with regard to this, particularly when it comes to the most vulnerable in care homes.

That said, in a democracy, the electorate deserves the politicians and government it votes for.

As I Voted Tory, will I receive autoimmunity ?

Vote Up7-4Vote Down
lauque
‘We understand far more which groups it affects…so the possibility of different types of segmentation, of enhanced shielding for particular groups, is now there,’ says Bozo today, promising to avoid another lockdown. In other words, Covid doesn’t kill the people who matter (only elderly, BAME, unhealthy/overweight, poor, living in areas with polluted air), so the rest of the country can forget about it. And if they do… Read more »
Vote Up12-3Vote Down
jon101

It’s not a nice way of putting it, because those people are not intentionally passing on the disease, but they may still be doing so, and even causing deaths.

Vote Up60Vote Down
Rowan
This is one of the many reasons why we need to re-think how we care for people. If we had hospitals with single rooms then infection could be far better controlled. Of course that would mean more staff in hospitals to keep an eye on everybody, but that would in itself be a good thing. And if people had their own room they would almost certainly do… Read more »
Vote Up80Vote Down
lauque
I am so sorry for what happened to your father. A preventable death is the worst tragedy. This is my own biggest fear — not that my family or I will become ill (viral or otherwise), but that if we do, treatment will not be adequate/available because of lack of beds, of staff, of medication, and what should have been treatable becomes fatal. Because of long-term underfunding… Read more »
Vote Up5-1Vote Down
Rowan
We also need to rethink how we care for elderly and disabled people who cannot cope living on their own any longer. There are good care homes. They’re usually the small independent places run by people who actually care for their residents and staff, people who aren’t in it just for the money. A distant cousin of mine was in a place like that and loved it.… Read more »
Vote Up80Vote Down
Rowan
A decent society would make sure that anybody who needs care and wants to live in a care home should be able to do so, because the cost would be covered by society, not the individual. And we would make sure that all care homes were good places to be (not merely huge places with dozens of inmates being sucked dry of their savings by vast global… Read more »
Vote Up60Vote Down
jon101

“Huge Potential”
Does that mean they are going to make sure a load of covid ̶i̶n̶f̶e̶c̶t̶e̶d̶ cases are forced into care homes.

Let’s hope that we don’t let the government ever commit such a crime again. It was a blatant attack on old people.

(We shouldn’t be surprised at that – they’ve been blatantly attacking black and ethnic minority people, disabled people, old people, and poor people for the last decade.)

“Chief executive, Maggie Oldham, spoke of the ‘real dilemma’ the whole of the NHS was facing in that they do not know who has the virus and who has not.”
So it’s not exactly Ebola, then, is it?

Vote Up11-8Vote Down
Rowan
No of course it’s not as bad as Ebola, which is an utterly appalling disease. But that doesn’t mean that it isn’t devastating for the people who have died – over forty thousand of them – and their families and friends. And it may well be devastating for some of the people who’ve had it and survived but are left with life-changing damage. You’re missing the point.… Read more »
Vote Up70Vote Down
Rowan

See this Wikpedia article on asymptomatic carriers of disease.

The most vulnerable should stay at home to save their own lives. The rest of us should be sensible, try and return to normal asap.

Vote Up7-5Vote Down
Rowan
What we need as well as people being careful and repsonsible is TESTING. Testing of the most vulnerable as the first priority – and we haven’t even got that yet – and then testing for everybody else. It’s not fair on the most vulnerable people that they should be under effective house arrest while everybody else can be free. But if we had regular testing for everybody… Read more »
Vote Up110Vote Down