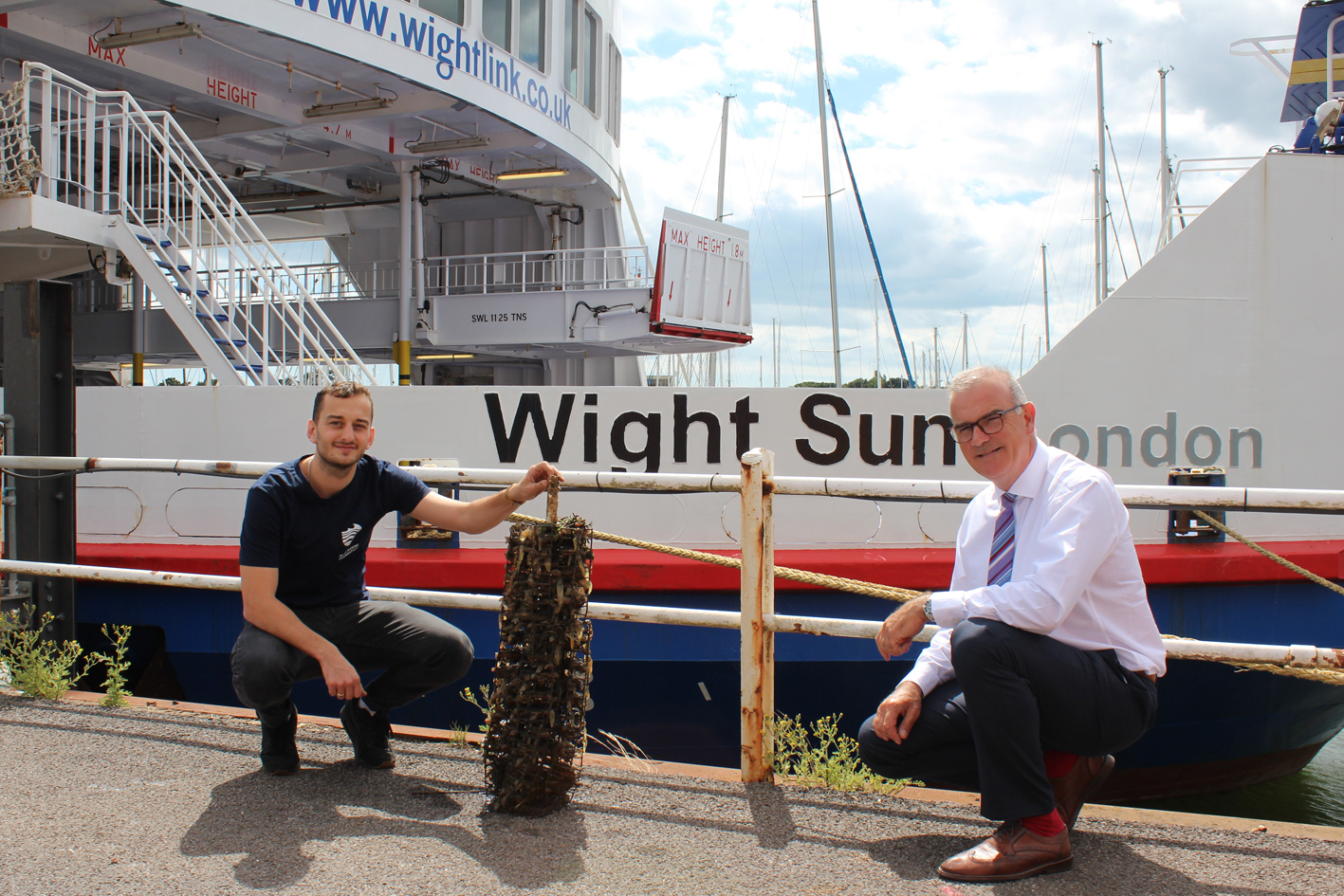 Wightlink has partnered with the Blue Marine Foundation (BLUE) to place cages containing hundreds of young oysters into the Lymington River as part of its initiative to re-introduce the shellfish to the Solent.

“Oysters are very effective in improving water quality and removing pollutants, just one of them can filter up to 200 litres of water a day.

“We share the Foundation’s aim to restore five million oysters to the Solent to re-establish a controlled fishery and are following its programme with interest.”

The Foundation’s oyster cages have been shown to provide a refuge for other marine life, with 97 different species having been found living inside them elsewhere so far, including critically endangered European eels, juvenile spiny seahorse and sea bass.

“We are delighted to be working with Wightlink on the Solent Oyster Restoration Project with the introduction of a new brood stock cage site at the Lymington ferry terminal.

“Housing oysters here in the west of the Solent is another step towards the recovery of this important species.”

News shared by Karen on behalf of Wightlink. Ed

newest oldest most voted
Tamara
A fantastic project! I didn’t realise how much the Solent needs oysters to restore the health of its waters for the benefit of all marine life species, or how much the planet can benefit from reintroducing oyster beds and reefs, by sequestering carbon. BLUE was founded by the University of Portsmouth and is part of The Native Oyster Network in the UK and Ireland and the Restoration… Read more »
Vote Up6-1Vote Down