‘I need my people to see me’ says Mayor of Sandown, as meeting layout turns councillors’ backs on public

Although it’s a meeting in public rather than a public meeting, residents in Sandown felt councillors having their back to them was rude and created problems for those hard of hearing 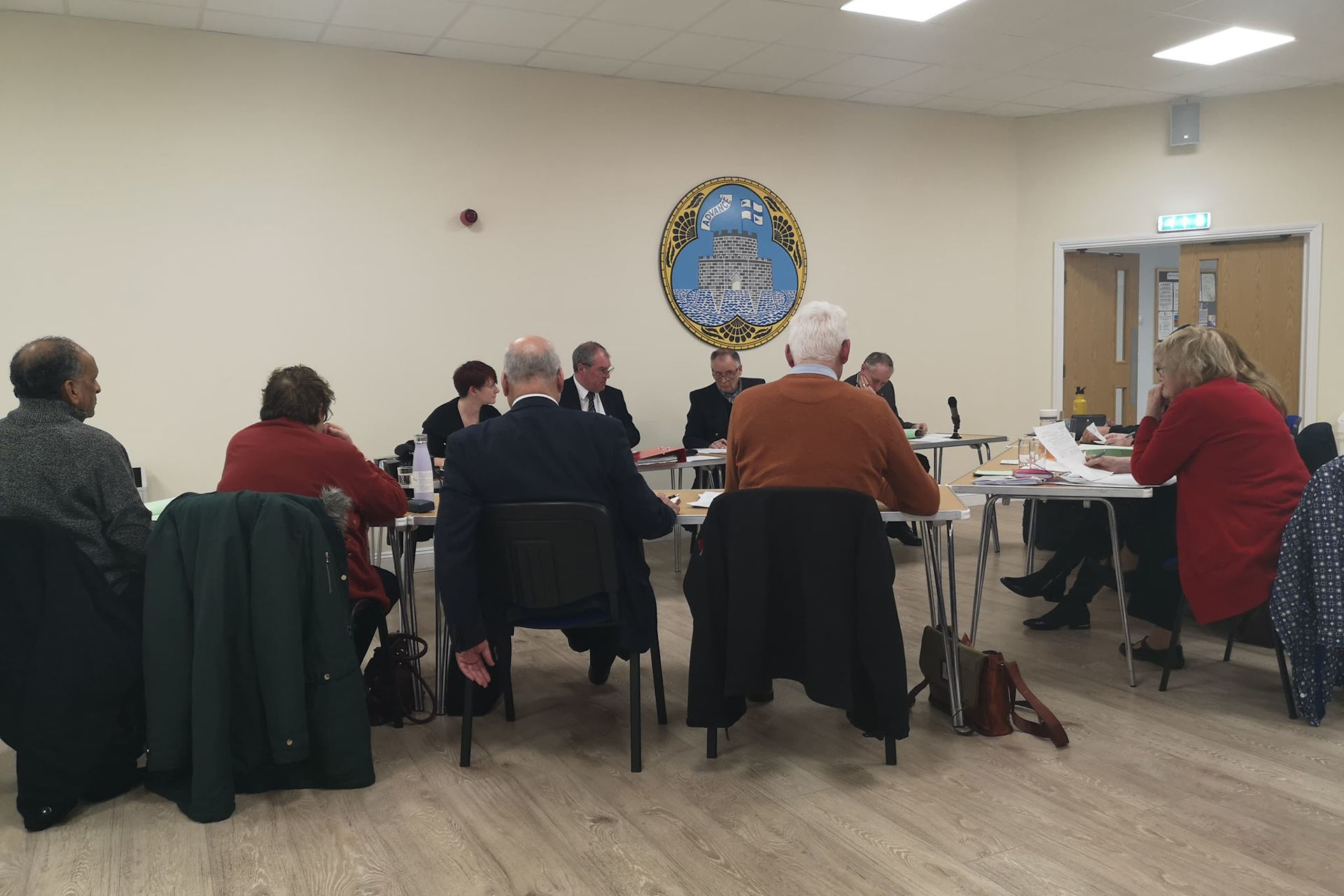 Sandown residents were left shocked at last night’s town council meeting, when the new layout of councillors sitting with their backs to the public was revealed.

The Mayor, Cllr Gary Young, told the public it was not a public meeting, but a meeting in public and that the new layout would help councillors view the Powerpoint presentation.

Young: “I need my people to see me”
However, when a member of the public pointed out that, “with due respect we feel a bit uncomfortable sitting here looking at people’s backs”, Cllr Young said,

“No, you must realise that this is a Council meeting, not a public meeting. If we have a public meeting you will get the Councillors to sit facing you, but you are here to listen to the Council have a meeting I’m afraid and I need my people to see me.”

One member of the public raised the point that she was hard of hearing and it helped seeing people’s face when they were talking to understand what was being said. The mayor explained that a loop system was planned.

One councillor objected
Cllr Heather Humby objected to the new layout and turned her chair around when addressing the public.

She said that having councillors’ backs to the public, was impolite and not acceptable.

“We have listened to promises of more open and transparent engagement from the Council but unfortunately in this case actions do indeed speak louder than words.”

Watch the meeting
You can watch the council meeting in full via the Sandown Hub Facebook Group, filmed and shared by Cllr Alex Lightfoot.

4 Comments on "‘I need my people to see me’ says Mayor of Sandown, as meeting layout turns councillors’ backs on public"

newest oldest most voted
alisonjane
Many residents thought, wrongly it would seem, that with a new Clerk on STC relations between the Councillors and the residents may improve. This obviously is not the case. Having had insulting remarks made by the previous Clerk, and rudeness from Councillors, Clerks storming out, as well as police called to meetings, it would seem this is the ultimate insult. Why on earth do Parish and Town… Read more »
Vote Up57-3Vote Down
Benny C
Is that Ian Ward I see with his back to the audience? Senior IOWC cabinet member in every sense, the accountable Councillor for the chain ferry procurement, for Island Roads PFI performance, the same Ian Ward who browses on line for trousers during important Council meetings? At least he turned up for this one. He didn’t bother attending recent important meetings about the Island Roads contract mess.… Read more »
Vote Up40-1Vote Down
Eric Lawson

Mayor Young misses the point of local council. It’s there to serve the community not the council itself. Without the community the council is null and void. They are behaving similarly to other extinct species that failed to evolve.

Absolutely right Eric.
As Charles Darwin said:
“It is not the strongest of the species that survives, nor the most intelligent, but the one most adaptable to change.”