Martin has completed 40 portraits of his colleagues, with around another 20 to go. You can see them until the end of the year at Quay Arts Centre in Newport 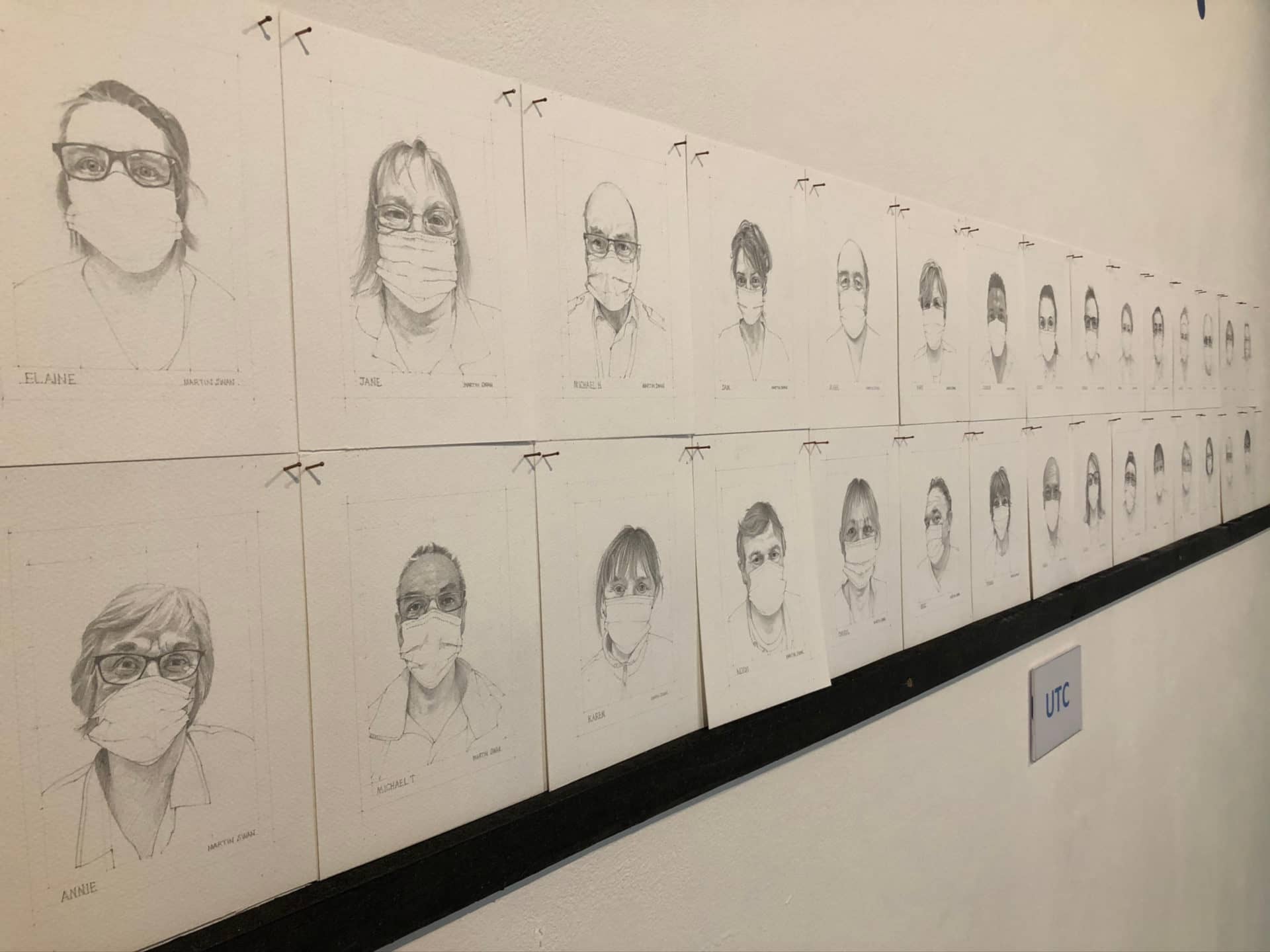 At the beginning of the pandemic, Martin Swan, an acclaimed Island artist, and also an Out of hours GP driver at St Mary’s Hospital, began to draw portraits of the colleagues he works alongside in the Urgent Treatment Centre (UTC).

Martin decided to take on this challenge as part of the Quay Arts Centre Breakout project that was inviting people to produce self-portraits to mark the year of the pandemic.  This project followed on from one twenty years earlier that marked the millennium, and proved so successful that it made the Guinness Book of Records for the most self-portraits gathered together for an exhibition.

40 portraits of UC colleagues
As part of the collection, Martin’s first drawing was a self-portrait. He then approached his UTC colleagues to see if they would do the same.  Not confident in their own artistic abilities, they agreed that Martin could draw them instead.  Martin has now completed 40 portraits of his colleagues, with around another 20 to go.

The portraits are currently on exhibition at the Quay Arts Centre as part of the Breakout exhibition until 31st December, where they are displayed alongside other self-portraits in the Michael West Gallery.

“The drawings represent the diversity of the unit both ethnically and professionally, which I have thoroughly enjoyed capturing.

“I hope that in the New Year they can be displayed at St Mary’s in the exhibition area there.

“I am also keen to submit them to the Portrait Society in London for display in their annual exhibition at the Mall Galleries. Fingers are crossed!”

Other art of Martin’s can be viewed at the Quarr Abbey exhibition, alongside work from other local artists.