The prize-giving took place in the packed Cello Factory in London. Pop in to see the works if you’re near the area 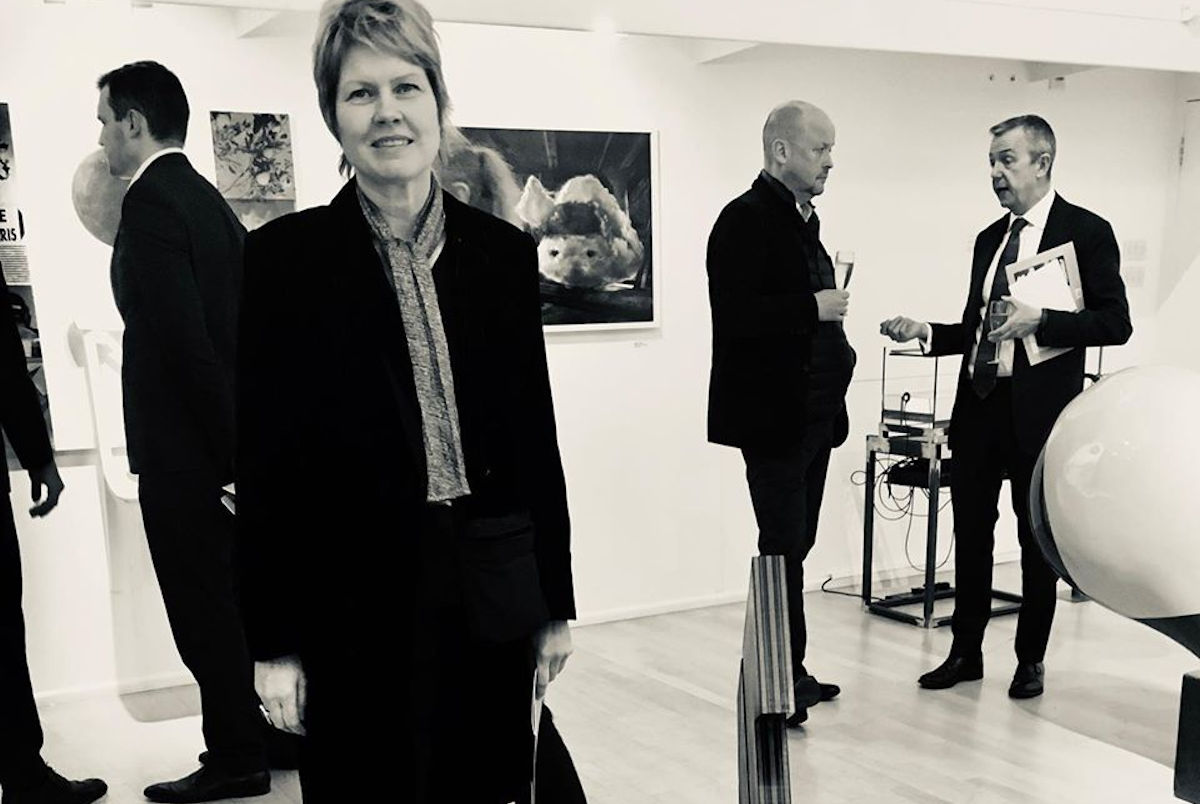 Congratulations are in order for Isle of Wight artist, Lisa Traxler. She’s been awarded the ‘Jeff Lowe Sculpture Prize’ for her piece shown below.

The presentation was made at The London Group’s 84th Open exhibition at the Cello Factory, Waterloo.

The sculpture is titled ‘Time Traveller – Division’, influenced by brutalist architecture, dazzle camouflage, as well as Lisa and her partner’s bunker in St. Lawrence.

“Huge thank you to Jeff Lowe and the London Group.

“I am over the moon to have won the ‘Jeff Lowe Sculpture Prize’ at the London Group Open 2019. There was a packed Cello Factory for the prize-giving.”

If you are in the Waterloo Station area between now and Friday, pop into Part 2 of The London Group Open (it’s very nearby).

The bloke on the right looks like Michael Gove.
Maybe its a dummy.