Money will be raised for Aspire, Hope into Action, The Bus Shelter, Two Saints, The Foyer and the Salvation Army, as well as Micro Rainbow International. Register now to take part. 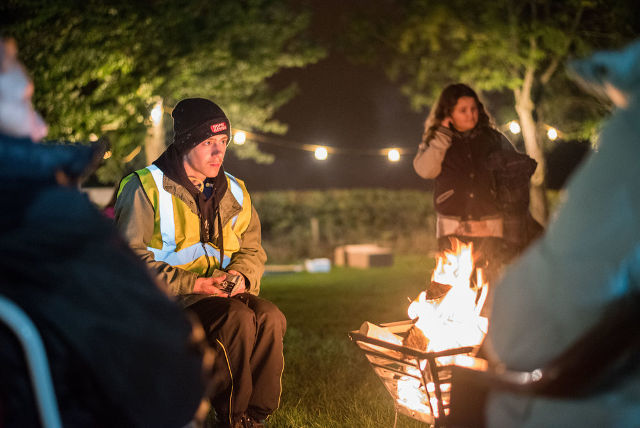 Matt from Isle of Wight Pride shares details of this upcoming event. Ed

On Friday 2nd March, volunteers involved with various homeless charities on the Island are braving the freezing temperatures to raise awareness and raise much needed funds by sleeping out overnight in Appley Park in Ryde and are inviting the Island’s community to get involved.

The Island charities involved include Aspire, Hope into Action, The Bus Shelter, Two Saints, The Foyer and the Salvation Army.

“There has been a lot of talk across the Island recently about homeless numbers increasing and an increasing concern for those who have found themselves without things that we often take for granted.

“This has coincided with the recent freezing temperatures and we felt it was right that the Island’s homeless charities combined forces for the first time ever to help raise awareness and vital funds.”

“With our Bus Shelter looking to relaunch this year, its perfect timing to get involved in this humbling project. For those who haven’t experienced something like this, we encourage you to come and take part, help us to raise awareness and help to reach out and support our homeless communities.

“All the homeless charities are extremely busy at this time of year and we all desperately need funds to continue the vital work.”

What to expect
The evening will start at 6pm with a free screening of “A street cat named bob” under the stars in Appley Park.

The sleep out will start at 7.30pm and will include singalongs around fire pits, talks from homeless charities, and the ultimate test – whether you can brave the temperatures and sleep out under the stars in Appley until the morning.

People are encouraged to register via the Aspire Website – you can also set up your own fundraising site to collect donations for the seven charities, with the money evenly split between them.