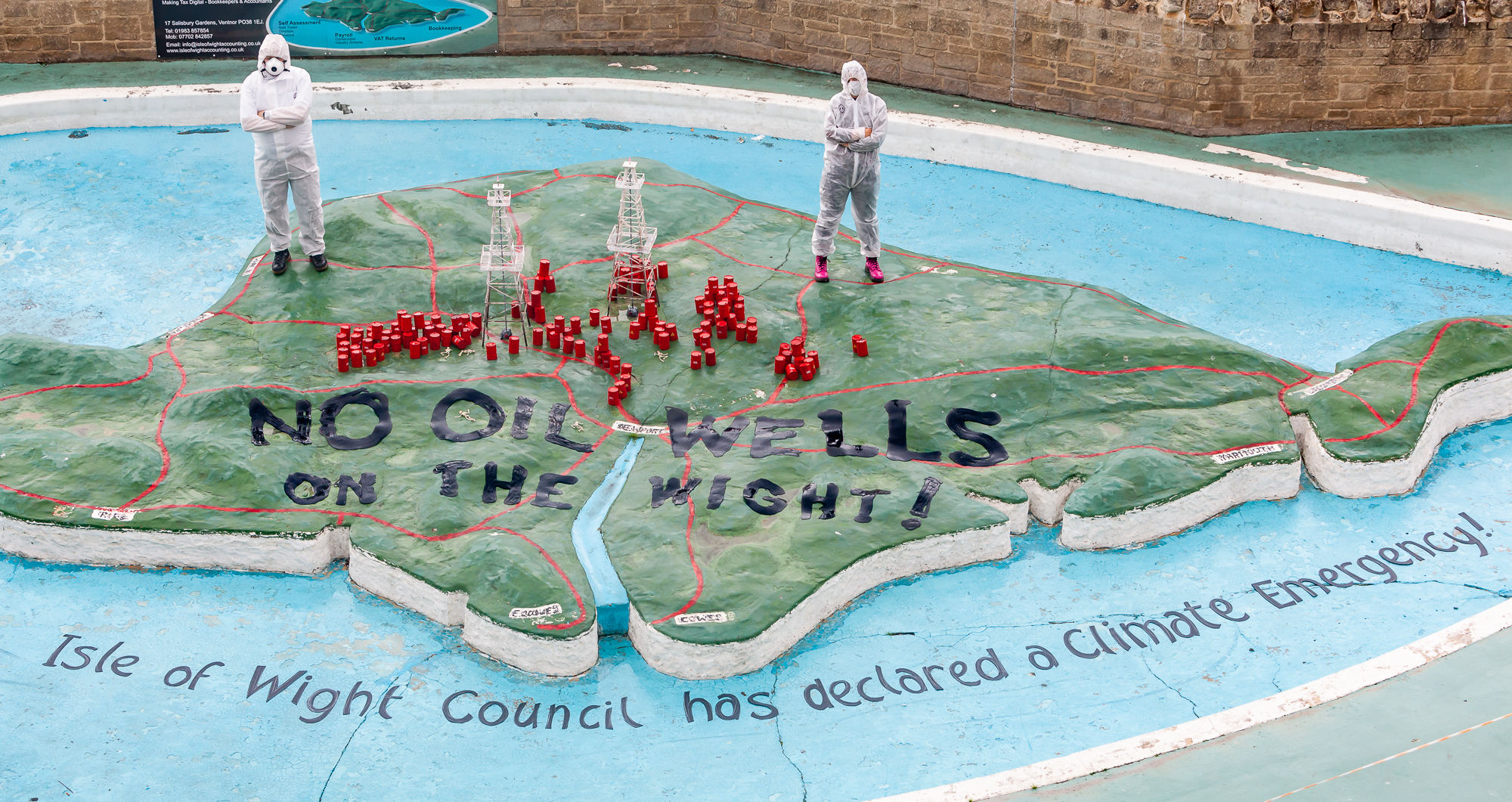 At tonight’s (Wednesday) full council meeting, member of the public Sylvia May submitted a written question in relation to the UKOG oil drilling exploration application.

She wanted to know what further access or support would be used by the Isle of Wight council (IWC) to encourage public engagement with the application over the remaining days of the consultation.

Leader of the Isle of Wight council, Dave Stewart explained that the IWC, acting as local planning authority (LPA) would determine the application on the local and national relevant planning policies in place at the time.

He finished by saying the onus is on the individual to access the planning application details and comment.

All details available online with the public able to comment on the council’s planning portal ( 20/00513/FU) by 24th July.

Opposition from MP and others
Earlier today Isle of Wight MP, Bob Seely, revealed his opposition to the application, saying it was “entirely inappropriate for the Island“.

Arreton Parish Council have also lodged their opposition to the application.

At the end of last month a campaign called Don’t Drill the Wight was launched.

newest oldest most voted
Benny C
Dave is right. That’s democracy. Rather than complain on OTW, contributors wishing to vent their anger are better serving everyone by putting their energy into smart, well reasoned responses to the planning application which meet the criteria as valid planning objections ( I.e. not subjective nonsense like ‘it’s a disgrace…’. ) Give reasons , make them useful to the planning committee. Give them the ammunition they need.… Read more »
Vote Up32-1Vote Down
Spartacus

Democracy no such thing absolute nonsense, were dictated too and controlled by those few who have the power and control and will do want they want to maintain it. It’s no different now than when it was called feudalism.

Vote Up20Vote Down
Spartacus
It’s simple everybody needs to come together in solidarity and object and stop this dirty fifty business getting sanctioned. The only beneficiaries are greedy selfish landowners, oil companies and shareholders nobody else. A message for Dave Stewart who stated “save our summer” it will be save our Island Cllr Stewart and don’t forget it could happen on the Whitwell road as well and we know who lives… Read more »
Vote Up40Vote Down
Eagle eye
Benny C, whilst your statement about submitting meaningful objections is well meant, it really doesn’t apply to the island. You may think the island is democratic but it really isn’t when it comes to planning. Those of us who have put forward reasoned objections and valid points have been ignored and the council’s reaction is to pass the “hot” topic on to an individual for a delegated… Read more »
Vote Up6-5Vote Down
Jon Idle

How has it been passed down for ‘delegated decision’? I thought the Planning Committee had to discuss the application and the comments and decide.

Think about it. An oil well is hardly likely to be delegated. A garage extension maybe, but not a contentious project like this. Come on, get real.

That’s what judicial review Is for. Abuse of process. Either you’re right and a duplicate application got approved in the face of a previous refusal, or your facts are somehow wrong and relate to what folks wanted to think happened rather than what happened.

Gutless, and no backbone typifies the IOW council