As well as 60 speakers on a variety of subjects, this year’s Isle of Wight Literary festival closes on Sunday with a Politics Panel that promises a lively finale addressing questions posed by the audience. 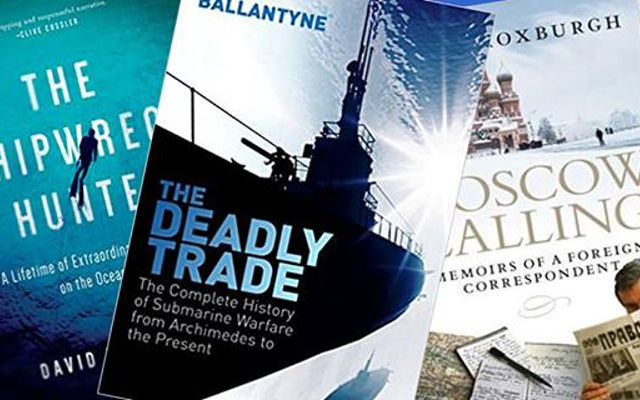 Janet shares details about the return of the Isle of Wight Literary Festival this weekend. Ed

Bookings are flooding in for speakers who explore and explain the background to today’s big national and international problems. War zones, Russian politics, immigration, and political party turmoil are drawing in audiences looking for insight to today’s troubling times.

Over 60 speakers
The Red Funnel Isle of Wight Literary Festival, now in its seventh year, takes place from 11-14 October at Northwood House, Cowes.

Over 60 speakers provide a diverse programme that has something for all. Authors and presenters – with rich experience and knowledge – discuss their latest work examining history, medicine, gardening, fiction, travel, technology, maritime adventure as well as politics.

What to expect
This year topical sessions that are attracting festival goers include:

“Books provide us all with a tremendous opportunity to explore many topics including history and socio-political ideas in depth, guided by individuals passionate about their subjects and expert in their field.”

Between them there will be some trenchant views on recent political party conferences, Brexit, international conflicts, and the division of the Isle of Wight into two constituencies.

Find out more
There is much more than politics to capture the interest of local residents and visitors to the Island.

For full details of the programme and to book tickets online visit the Website.

The Schools Programme sends authors, illustrators and dramatists into the schools to enrich education for the under 18s on the Isle of Wight by increasing the cultural experiences available to stimulate interest in learning and creative ideas.

A weekend of workshops, performances, exhibitions, pop up museums, and talks on a wide range of subjects feature in the Youth Zone, which will be held from 20th – 21st October at Northwood House, Cowes.