Riders took on the four laps of eight sections at the relatively mild and overcast Sweetwater course, but unlike other venues where the sections can become easier as the day goes on, the ground deteriorated here. 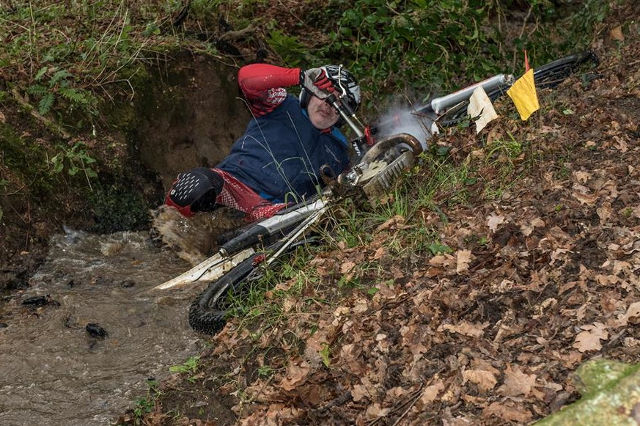 The Isle of Wight Motorcycle Club kick started the 2019 Winter Trials Championships with the New Year Shield, at Sweetwater Brook, Calbourne courtesy of Mr Trevor Strickland. The Club would like to thank Trevor for allowing us the use of this superb venue. Very many thanks also to Nick Symes (course setter), Viki Taylor (Club Photographer) and to all eight Observers – brilliant team effort.

The usual four laps of eight sections awaited the riders at the relatively mild and overcast Sweetwater course. Unlike many venues where the sections can become slightly easier as the day goes on, the ground here often deteriorates – and this was no exception!

Elite riders
It was great to see the Islands top riders out in force in the Elite class; Chris Stay (pictured below), George Gosden and Josh Stephens provided all of us with some excellent spectating. Both Chris and George completed the trial with clean sheets – Chris pretty much doing the majority of the trial on his back wheel! 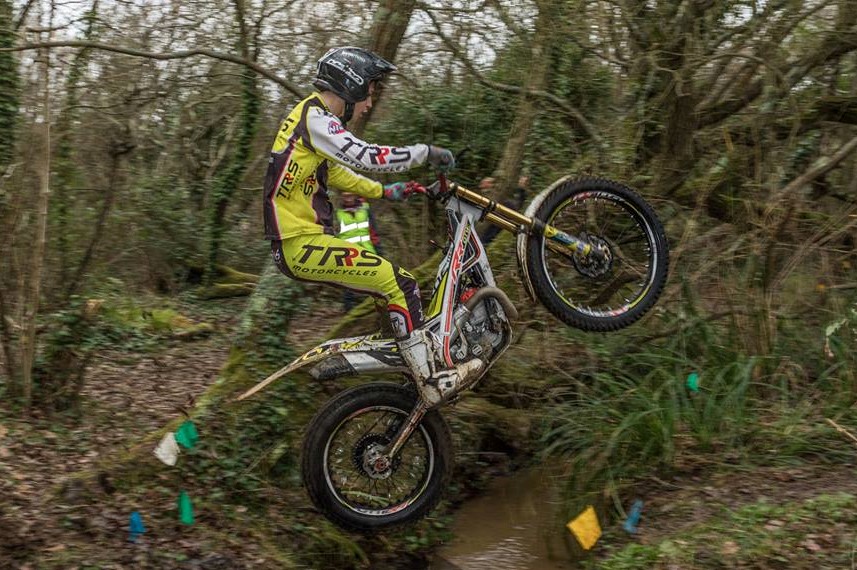 Meanwhile, Expert rider; James Stay had to overcome a rear brake problem, which almost forced him to retire from the trial, however he managed to fix the brake and complete the trial to start his 2019 campaign with the maximum ten Championship points.

Intermediate riders
The Intermediate class was won by Ben Read finishing on forty-four, three ahead of Andy Steele in second with a top performance from Harvey Grieve in third – just two more marks adrift. Ben Brodie and Rob Baker finished in fourth and fifth respectively after their move up into the more difficult class – excellent effort by all five riders.

Scott Milton was back to winning ways securing the Clubman class by just two marks from the ever improving Scout Gregory in second. Colin Brodie (pictured below) finished not too far behind in an impressive third place following his move up from the Novices. 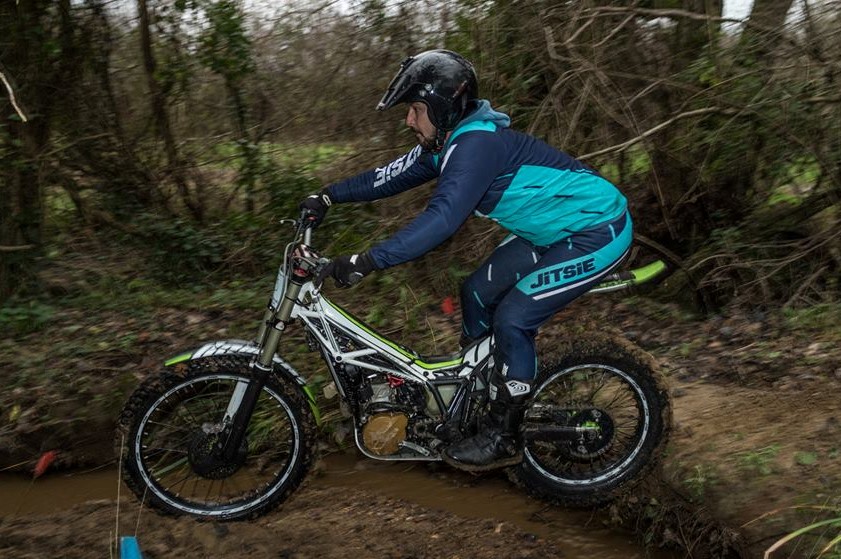 Joe Taylor proved to be the only Novice rider in action, but he did well to get through the tricky sections and start his year with top marks. Course Setter; Nick Symes was also out on his own in the Twin Shock’s. Nick finished dropping thirty marks – an unusually big total for him – but he did admit that he thought the sections would ride a bit easier than they actually did.

Youth riders
Young Alfie Haydon is another rider to have moved up in class, this time, to Youth Intermediate. Youth Inters ride a mixture of the C and B routes and the B route was probably more difficult than expected – Alfie coped very well on five of the eight sections and his riding will improve further following his efforts that earned him his ten Championship points. The Youth Novice class was headed up with a determined effort from Dan Locke. 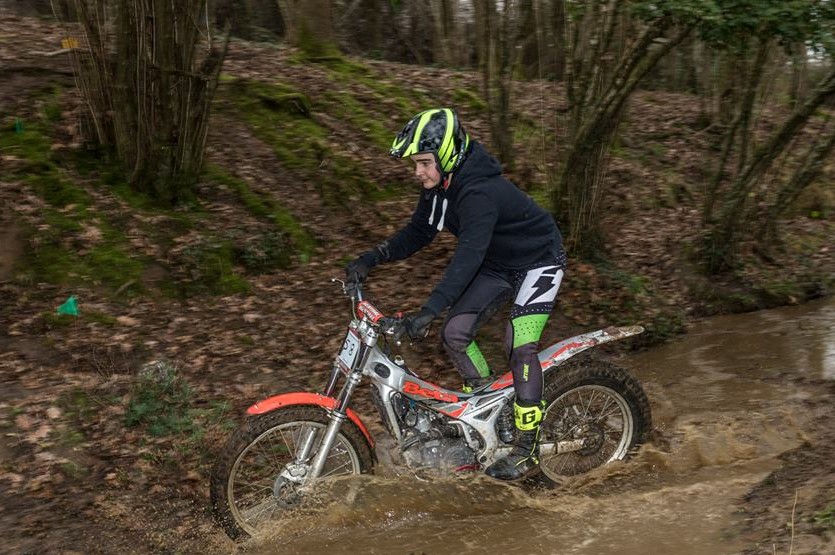 Josh Morris was not far behind in second, despite being so early in the season, I’m almost certain these two riders will be in a very close battle for the 2019 title.

Sportsman Class
Simon Newnham (pictured below) was the pick of the bunch in the Sportsman Class, competing on the B route, he finished with a total of twenty-nine, coming in well clear of any of the other B route riders. 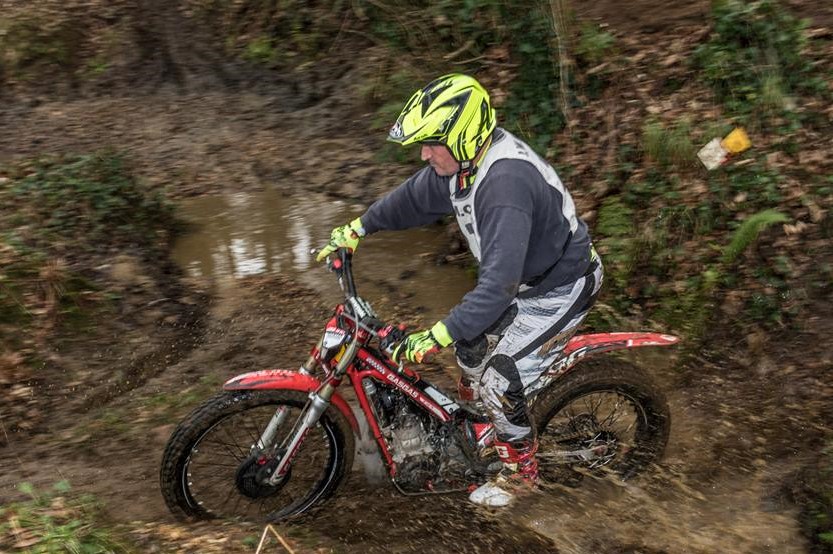 It was really good to see Stewart Freeman back on his bike following a prolonged absence, hopefully, in time, he will be fully fit again and back to his usual competitive self.

Geoff Taylor joined a rather exclusive group of riders after ending up in the brook beneath his bike, completely soaked but thankfully not hurt, to find out first hand that the water here is not that sweet after all!

Next meet
The Club next meet on Sunday 27th January for the Medina Cup. The venue is still to be confirmed. Please keep an eye on the Club Website for all the details nearer the time.

Just a reminder to all Club members to book their places at the forthcoming Awards, Dinner and Dance night, Saturday February 16th – again all the details are on the website.