As well as the competition, there’ll be plenty of stalls and a grand raffle with a chance to win lots of lovely local produce. 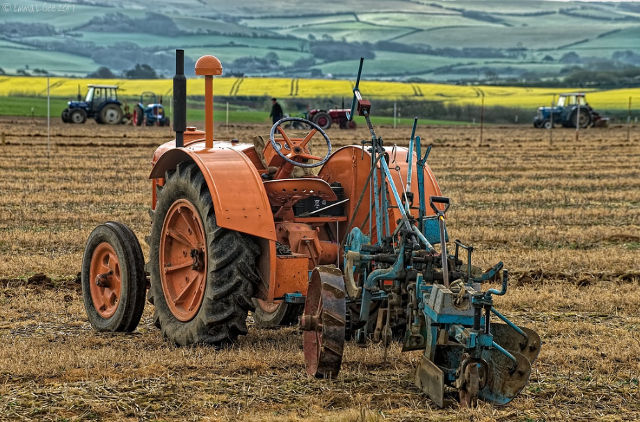 The 120th annual Isle of Wight Ploughing Match will be held on Saturday 21st September 2019 at Manor Farm Wellow.

An estimated 40 competitors will take part in the competition which is spread across seven classes, including; young competitors, vintage ploughs and reversible ploughs.

Plenty to see
As well as the classes there will be tractor rides, refreshments and a number of trade stands.

Don’t miss the raffle
This year there will be a raffle celebrating local Island produce.

Buy a ticket on the day to win a prize from one of our kind local produce donations including; Farmer Jacks, Oil of Wight, and Calbourne Mill.

Supporting charity
Entry (including) is for a donation to the IW Ploughing Match which supports a charity each year.

This year’s charities are the Royal Agricultural Benevolent Institution and Prostate Cancer UK.

Where and when
The Ploughing Match is at Manor Farm, Wellow Top Road, Wellow PO41 0TB and will be signposted on the day.

Entry from 9am. More information can be found on Facebook (Isle of Wight Ploughing Match) and Instagram (@iwploughingmatch).