Last Friday saw BBC radio 4’s Any Question come to Ventnor for a live broadcast. The Isle of Wight MP is now encouraging other Island venues to host the programme too. 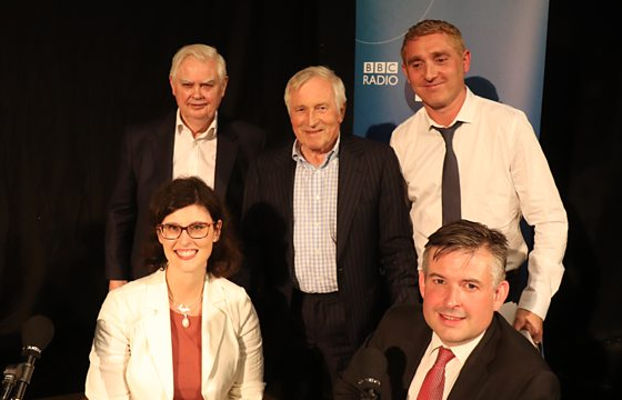 A question posed to the Isle of Wight Conservative MP, Bob Seely by OnTheWight about the changes to Universal Credit roll-out on the Isle of Wight last week remains unanswered, however, Bob has issued a release today (Tuesday) encouraging Isle of Wight venues to host BBC Radio 4’s Any Questions panel show.

As reported by OnTheWight, the Ventnor Winter Gardens hosted the latest episode of the political debate programme (listen again if you missed it).

Nearly seven year gap
The last time the programme, hosted by Jonathan Dimbleby, was on the Isle of Wight was September 2011, when Ryde School hosted the show.

“I would very much like to see this great radio programme back on the Island soon and I hope venues like church halls or schools will be interested in hosting.”

Venue specifications
Bob says that although BBC said capacity would need to be around 250, “often smaller venues are fine”.

Venues would however, need raked seating (or a stage of some sort) and two rooms, one for production and one for a green room.

If you’re interested in applying to host the programme, more information can be found on the BBC Website.

Lisa Jenkinson The producer of Any Questions told me afterwards that they would like more invitations from the Isle of Wight. They don’t ask they have to be invited. So anywhere with a large enough venue – get inviting!

ps. someone, please, please invite Mark Steel in Town back as soon as possible!

I’d like to have seen our Mp Mr Bob Seely on the panel.

When we asked his office why he wasn’t at the recording, they told us (OnTheWight) that he was, “making his way back to the Island.”

They tell us he did make the reception afterwards.