Jonathan returns with his Sunday column and this week shares a message about politicians who lie and get away with it. 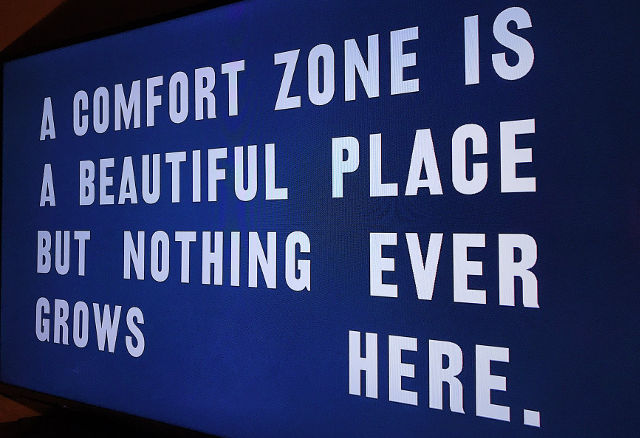 This Sapiens book I’m reading by Whatsisname, um, Yuval Noah Harari, whose name I’m just never going to remember properly (Sorry, Yuval, this is one of those incontrovertible and self-evident truths), is really getting to me. Every now and then this happens. A book speaks to me in a way that makes complete sense, and then goes on to rewire all the circuits in my brain. It happened when I read Cosmos by Carl Sagan, and again with John Berger’s Ways of Seeing, and before that with so many other books that I can’t even remember. I give praise and thanks to all those great men and women who were able to do that thing – write books that illuminate life itself.

Anyway, Yuval is now installed in my mind amongst my pantheon of gods and demigods, those who went before me and lit the way. Interestingly, there are only scientists and thinkers in there, alongside artists and musicians, and a lot of fiction writers too, but not a single religious person. I was brought up in a family that regarded churchgoing as mandatory, but who kept the whole religious thing inside the church doors. This is an interesting thing that I have observed throughout my life. People compartmentalise their lives, so the contradictions don’t rub up against one another uncomfortably.

They have permission to amend the instructions
Thus it’s just as easy for a Christian (Thou shalt not kill, no ifs or buts, remember – it says so in the Bible. Commandment No. 6) to become a soldier and go out to slaughter as many enemies as necessary or possible, without any guilt or misgivings, either as to the sense of the original instruction or the blessings and prayers for a successful campaign conducted by officials of the same religion, who are able to turn their faces away from that Commandment. They have permission to amend the instructions, of course, from a higher authority.

I’m not saying that wars aren’t necessary or inevitable or even occasionally righteous here, I’m just saying that people who ascribe to a religion shouldn’t be able to ignore central tenets of that religion at will. It’s a bit like a Conservative politician expressing a desire to tax the rich or abolish private education. You should stick to your principles, that’s all. A principle is digital. You either have a principle, or you don’t. These thoughts of mine extend to all armies and all religious people, for the same reasons, and with the same history. If you say you believe in something, I expect you to stick to those principles.

Most of them are just social clubs
Me, I don’t have that problem. Partly because I won’t join something that doesn’t sit comfortably with my beliefs about life and living, but mostly because none of the religions or armies or political parties I have ever come across either understand what they’re supposed to be following, or they ignore it happily. So most of them are just social clubs, providing activities and a social framework with comforts and a few mild tasks and rituals to perform. I used to do all that myself, I understand. It’s safe, as in safety in numbers. But just because there are a lot of you doesn’t mean that you’re right, or righteous, or have any actual authority to tell anyone else what to do or not do.

There’s a sort of soft power that happens, when a group of people coalesce around an idea or a ritual, and their shared activities give them comfort. The job of the leaders of these groups is to enhance the social cohesion, so the group keeps its shape. There need to be rules, and a uniform, and codes of behaviour, partly so everyone can recognise fellow members, and also so that non-members can be clocked. This works perfectly well, as long as nobody questions the purpose of the group. It’s important to build large imposing buildings and publish books or documents that purport to carry the seal of authority. Put on a good show, impress the punters. But like any self-reflecting bureaucracy, the following of the rules becomes more important than the origin of the rules.

Prodding everyone with a sharp stick
I have come to believe that the human race is composed of two kinds of people. There are those who are born into and grow up in a group of humans, and accept this as their home and role in life, without thinking about it at all. This is by far the largest group of humans, because there are so many groups out there, and almost everybody belongs to one or other. Then there are humans who ask questions, and who are interested in what differentiates one group from another, and the reasons for the various rules that each follows. Inevitably, for these people, the gaps and contradictions become pronounced, and the more they bang on about it, the more marginalised they become, because their questioning goes against the wishes of the majority. You don’t want people wandering into your comfort zone prodding everyone with a sharp stick.

I do understand this, and I would be very happy to accept that everyone thinks differently and should be allowed to live their lives with their belief systems intact, but my problems always start with the way those whose lives clash with the rules of a large group are treated. This can easily vary between the unpleasant to the downright savage. My mind allows me to imagine being a person of colour in a country where there’s the Ku Klux Klan. Or a LGBTQA person who fears walking down the street, because some members of a particular group think they have the right to beat and intimidate anyone who is different. It bothers me that Russia removed certain scenes from Rocketman, the recent Elton John biopic. It confuses me when African countries slap the death penalty on gay men, and declare that it’s God’s will.

In my life I have seen a fantastic loosening of the straps of power imposed by these institutions on the mass of people in my own country, and I rejoice at all these new freedoms. But at the same time, the leaders and representatives of those same institutions have forgotten that this isn’t an excuse to ignore the core principles of their groups and movements. Once politicians lie and don’t resign, very quickly all politicians, or so it seems, can lie barefaced all the time, and nobody believes any of them. And the result of that is obvious, because we’re living through it right now.

And what does that do to everybody’s comfort zone?