Jonathan Dodd returns with another thought-provoking Sunday column. This week he says it’s no longer an option to plead ignorance. Read on to find out what he’s referring to. Once upon a time the world was a simple place. Everything stayed the same, year followed year, the big questions were taken care of by the only religion available, and there was no need to think about politics because there was no voting. Most people walked everywhere, unless they were quite well-off, in which case travel and transport were managed entirely with horses. Going away was probably a one-way ticket, especially if you were caught breaking the law, and you counted yourself lucky if you were merely transported. Everybody lived where they were born, and they worked in the same trade as their fathers.

There are still parts of the world where this is the norm, I imagine, although there can’t be many. Recently this idea was challenged by an American missionary, who landed on some islands where the natives have resisted change violently, and he was duly dispatched on the beach. I guess you could argue both ways as to whether his mission was a success or not. At least the authorities don’t seem to be pursuing the culprits, in an interesting legal quandary.

The past wasn’t at all idyllic
One consequence of living in the idyllic past is that it wasn’t at all idyllic. If you became ill, there was no NHS. You wouldn’t be educated or have the opportunity to learn about diversity or better yourself. You’d be prone to become suspicious of anything that wasn’t what you considered to be normal, there would be precious little understanding of any difference you might display, and if you lost your job or upset the local ruler, you’d starve, along with your family. I suspect those who yearn for a return to simpler times are either cherry-picking the bits they like, or they imagine they would belong to the gentry, and therefore be immune to the bad bits. Personally, I like being alive now. I like good plumbing, and showers, and central heating. I like not having to go down to the river to wash my clothes by rubbing them on stones. I like to surf the Web, and I really like being able to google anything or buy anything, as long as I can afford it. I like the idea of modern medicine too, because I’m already living on borrowed (and therefore all the more precious) time. I would be very sad to live in a world that didn’t contain the Coen Brothers, or the worlds conjured up by David Mitchell, or J K Rowling, or Phillip Pullman.

All that is wonderful and disgusting about humans
There are downsides, of course. Any murder or unpleasantness is now immediately broadcast direct to my eyes in glorious HD, so I get a daily diet of all that is wonderful and disgusting about humans. I get news that isn’t quite news any more, because it’s soundbitten and tailored and packaged so much. I’m so much more aware of how we’re trashing this beautiful world, with our eyes open, in a blind and stupid race downhill, just to see who can get through the most resources before hitting the bottom. At the same time, I have an app on my phone that lets me watch the world from the International Space Station, in real-time. I have access to almost every piece of music that’s ever been written or performed, from everywhere in the world. About 140 years ago no music could be heard unless you were there and it was happening in front of you. Once you heard it, there was no possibility of listening to it again, unless the musicians played it again. If you liked a painter, you had to travel the world to view his or her work, and very little was reproduced in anything like lifelike form until colour printing was developed.

We sit ourselves on the sofa to death
We’re really very lucky. Of course we keep forgetting how lucky we are, and we treat every new thing that comes along as some sort of birthright. And we complain if anything at all doesn’t work perfectly, every time. And we eat ourselves to death, and we sit ourselves on the sofa to death, and we drink ourselves under the table, and we get legless, and we misuse and abuse our bodies, and we expect to be given pills to make everything better again. We have access to every bit of knowledge that was ever available, and yet we’re making ourselves progressively more ignorant every year. 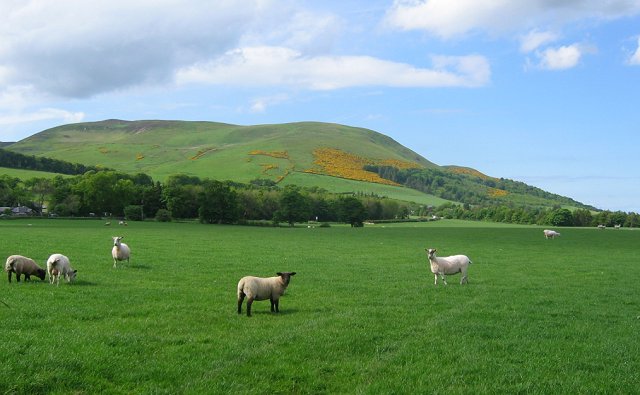 I’m not saying the world has always been beautiful. We shouldn’t think of it like that, in the same way that we can view the past as idyllic. Our view of this beautiful country is completely biased, because there’s precious little that looks anything like it looked to a Roman invader only 2000 years ago. The whole country was covered in forests, more or less, and we cut nearly all of it down to make charcoal and build house and ships, and to make space for our crops and our tamed animals. We love our grand vistas, and our rolling hills covered in those swathes of green green grass, which are only possible because of grazing animals cropping the grass very short, and allowing only very flat weeds to thrive. We also have an unfortunate capacity for spoiling things. If we’re not destroying the environment, we’re making up wars, and if none of these are available, we allow people to become either very rich or very poor, or we leave our rubbish everywhere. We tend our gardens, but we allow our environment to wither and die. We don’t want to look over our own garden walls.

We refuse to pay more for local foods
The important thing that we’re supposed to be realising here is that we can’t put the genie back in the bottle. We can’t plead ignorance any more. Greatly-improved communication requires a greater level of attention. The quid pro quo of living with all this glorious complexity is that we should rise with it, and become better and more intelligent and more informed citizens. Sitting back and shrugging our shoulders and saying it doesn’t concern us is no longer an option. We just haven’t realised that yet. Those starving people in Yemen are our business, because we voted for the government that sold those bombs to that regime. That floating bridge that causes us all such embarrassment was commissioned by those councillors that we voted for. Those plastic bags in the stomachs of those dead whales originally had our shopping in them. Those species are disappearing all over the planet because we want cheaper palm oil in our food, and we refuse to pay more for local foods. Everything is interconnected.

We’re all better than that
We used to have a very good excuse, because everything was decided by a small number of people who we didn’t know, and they never explained anything. Those people are still there, and they’ve realised they can carry on doing the same things because nobody takes any notice, even though it’s right in front of them. We turn off the news, we turn our faces away, but we don’t sleep easier, because we know, somewhere, deep down, that we’re not behaving as well as we should. Do I expect the human race to get intelligenter? No, I don’t. Do I think we’ll survive? Yes, I do, but I’m not so optimistic for many of the other glorious species we’re failing to share this world with. I hope it’ll feel like it was worth it.

What an excellent article. Dentistry is my main reason for preferring to live in modern times. However,I believe that deforestation of England was well on the way before the Romans got here. I may be wrong though.

Vote Up90Vote Down
Tim
Surely the Isle of Wight is on the way to once again becoming that simpler place of history to which you refer. To pick just a small example transport via our ferry services is becoming slower, less frequent and unreliable, and that’s just for those who can still afford to travel to the mainland. When you couple this with the gradual off island migration of NHS healthcare… Read more »
Vote Up50Vote Down
realitycheck
Some healthcare has moved to the mainland for reasons other than money…what about clinical excellence and expertise where demand on the Island doesn’t warrant or justify providing the service here…? I do agree however that a simpler life on the island is one of the reasons many choose to live here – the busy more frantic lifestyle awaits you just a few miles away and a one… Read more »
Vote Up0-2Vote Down
Mark L Francis

Very good summation of life (and forthcoming death) on the planet. I go along with all of it except the bit about the human race surviving. In the words of Private Fraser…