Solent WASPI say there are around 10,500 Isle of Wight women who did not receive fair notice of changes to their State Pension age 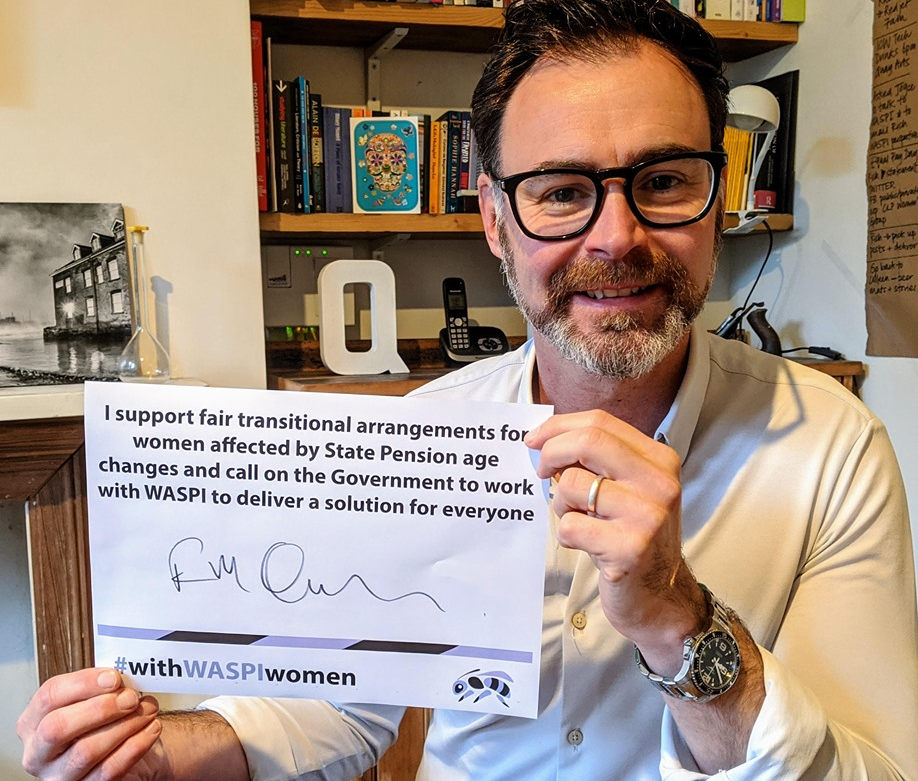 Responding to yesterday’s Labour Party’s announcement that it will pledge £58 billion to women who were denied their State Pension, Solent Women Against State Pension Inequality (WASPI) is pleased to see a commitment from Labour to address the “financial injustice” faced by 3.8 million 1950s born women who did not receive fair notice of changes to their State Pension age.

Around 10,500 Isle of Wight women are affected.

“This is the first tangible offer from any party and WASPI warmly welcomes it. We await the detail with interest and urge the Party to develop a clear framework which outlines how and when this would be implemented.

“WASPI looks forward to engaging with Labour to design this system of compensation and ensure that we achieve the best and fairest outcome for all 1950s born women at the earliest opportunity.”

WASPI has been working with all political parties for four years to raise awareness of this issue. Women affected by these changes are suffering now and a solution must be imminent.

Councillor Love – an established supporter of our campaign – said,

“I have been in contact with women on the Island earlier this year and also more recently. I support an all-party review helping to bridge the gap by finding a workable solution.”

The past week has seen most political parties launch manifestos which include commitments to WASPI women.

Support from Green Party
The Green Party promised we would be the “first two tranche” of people to receive the Party’s proposed Universal Basic Income (UBI).

Deputy Party Leader Amelia Womack said this would be “our way of repaying their lifetime of contributions to society and repairing the injustice caused by the pension age changes”.

During a visit to the Island, Green Party member of the House of Lords, Jenny Jones, and local candidate, Vix Lowthion, met with WASPI members Di Hollander and Rebecca Hardie to discuss the issue and offer their support.

Support from Seely, despite Tory Manifesto plans
It is disappointing that the Conservative Party manifesto does not include any proposals that would give hope to 1950s women. Despite that, we know we have support within the party.

During the last Parliament the Isle of Wight’s Bob Seely was among those who spoke in parliamentary debates. He raised the issue of the Island’s WASPI women on several occasions and we are very grateful for that.

“When campaigning for the party leadership, Boris Johnson promised to bring “fresh vigour” and “new eyes” to the WASPI issue. But speaking on BBC’s Question Time last Friday, he refused to offer anything except sympathy to the 8% of the electorate affected by this injustice.

“That is a matter of deep regret, but our campaign is strong, and we are not going away.

“The forthcoming General Election gives us an opportunity to engage with all our candidates and we have been hugely encouraged by the response received so far.”

News shared by Shelagh on behalf of Solent WASPI. Ed

All we got from Bob Seely was rhetoric when he knew all along that his mate Boris Johnson and his Party, the Conservatives, were going to give nothing to those like myself who have paid in for years and the robbed by the Government.

It’s always Labour and it’s supporters that lead on tackling the WASPI scandal. Back in September 2016 I was the first local politician to successfully raise the issue at IW Council by securing a call on the government to introduce fair transitional arrangements for those affected. Bob Seely, then just an IW Councillor too, was absent.

Bob Seely is alway absent. Was he in Afghanistan, Moscow, HongKong?

Well done! A party committee NOT to steal from its people.

Look at Seely with his rolled up sleeves, green braces and colour coded placard matching the WASPI women’s sashes, he’s such a shallow PR merchant.

He’s got a PhD in spin Jenny

Vote Up11-3Vote Down
Ian Young
The problem is this policy, welcome as it may be, is not in the Labour manifesto, is not mentioned in the Funding Real Change document and over the past 24 hours has been paid for three different ways by thee different Labour spokespersons. It will be seen by many as an unfunded afterthought, and just another of the many well meaning policies which seem to have been… Read more »
Vote Up12-12Vote Down
profoundlife
Labour have done this really badly. They’ve costed free broadband, but not this. I don’t need free broadband and I’d rather the money went to righting a wrong. I fear they’ve over-egged it as well – if someone told me at 40, I’d work for 25 years more not 20 so that it’s then fair, I think that’s fair enough. The 2011 changes seemed unfair and women… Read more »
Vote Up10-12Vote Down
Alternative Perspective

I think the point is, it isn’t the Governments money to keep, or put another way, steal.

Many women desperately need this money, and yes, there are a few wealth women who don’t need it. No doubt Theresa May will be donating her money to her local Foodbank.

The poorer women to gain from this would far outnumber the wealthy ones. In any case, the state pension is a contributory entitlement so the likes of Theresa May and Harriet Harman will have paid in proportion to their earnings. And means-testing is hideously expensive to administer.

OK, So Conservatives may not always be 100% truthful, but I still support them.

Women just have to work a few years longer, what’s wrong with that?

As René would say, ‘Voting for Bob Seely? You stupid woman!

Well you could say Quigley looks like Brains from Thunderbirds.

Well we desperately need someone with brains as our island MP, not a Conservative puppet like Bob Seely.

Not always 100% untruthful would be more realistic.

Vote Up10-4Vote Down
Rockhopper
So Susan – you, personally, are happy to work that extra “few years longer” are you? Of course, I have no idea of your personal circumstances but, quite frankly, I’m very tired and still have just under another 2 years before my SPA. Also, the majority of employers have not received the message that older women, with a lifetime of employment experience, still need to be considered… Read more »
Vote Up14-3Vote Down
emma74

Those brief but telling comments encapsulate a great deal of what’s wrong with our politics and country. Happily there are still people who value truth and integrity; who care about others less fortunate, or able, than themselves and who don’t just adopt the ‘I’m alright, Jack/Jill’ mantra.