It’s not surprising that more people die in the Winter, but these figures show a significant spike, raising questions of why? 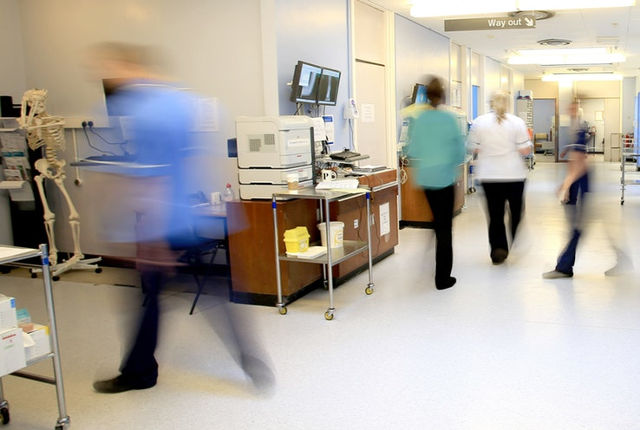 Around 24% more people die in winter than in summer on the Isle of Wight, official figures show. Experts say it is a “dangerous time” for elderly people, leading to persistent pressure on the NHS.

Every year, more people die in winter than in summer – due to colder temperatures, respiratory diseases and outbreaks of flu.

To measure the impact, the ONS compares the number of additional deaths between December and March to the rest of the year.

Latest figures reveal spike
During the winter of 2016-17, the latest period figures are available, there were approximately 130 excess winter deaths on the Isle of Wight.

This meant 24% more people died during winter on the Isle of Wight, compared with the yearly average.

This was higher than in the previous year when there were 7% more deaths during winter.

According to the ONS, small population sizes can cause a significant amount of year-on-year variation at a local level.

Across England and Wales, the rate of excess winter deaths varies from as low as 4% to as high as 51%.

Concern over regional variations
Dr Nick Scriven, president of the Society for Acute Medicine, said that the data raised concerns “as to why there is such variation even between areas in a single region”.

“This data must act as a prompt to those in power to look at these trends and recognise that the capacity of the health service is being stretched beyond all measures in winter.

“We have an older, frailer population with increasingly complex medical problems, a lack of funding across health and social care to meet demand, a recruitment crisis and persistently poor performance.”

Last winter had highest level of deaths
Provisional data for England and Wales shows that excess winter deaths hit their highest level in more than 40 years during 2017-18.

There were an estimated 50,100 excess winter deaths, 45% higher than the previous year.

Start of a trend?
Health think tank, the King’s Fund, said it was concerned that this “could be the start of a trend of periodically high winter deaths”.

The Department of Health and Social Care said that the 2017-18 figures “were likely the result of a combination of flu and cold weather”.

“We know flu is difficult to predict – that’s why this year we have a stronger vaccine for over-65s, and have made more vaccines available than ever before.”

Vote Up110Vote Down
elemental
UK life expectancy has flatlined since 2010 when ongoing “austerity” policies were brought in & our mortality rates continue to spike. Many of us now openly refer to this governments increasingly evident “soft kill” policies being meted on the most vulnerable sections of UK populations: insufficient income levels result in millions of working households living in poverty & having to claim top-up state benefits as rents &… Read more »
Vote Up11-2Vote Down
fenndermentalist

I wonder what percentage of these deaths are being caused by the Flu shot itself.

Vote Up7-23Vote Down
realitycheck
“Some studies have found a possible small association of injectable flu vaccine with Guillain-Barré syndrome (GBS). Overall, these studies estimated the risk for GBS after vaccination as fewer than 1 or 2 cases of GBS per one million people vaccinated. Other studies have not found any association. GBS also, rarely, occurs after flu illness. Even though GBS following flu illness is rare, GBS is more common following… Read more »
Vote Up1-3Vote Down