The inspector said teaching was not good enough and ‘confused’ pupils did not make enough progress, but the Executive Headteacher said that staff and pupils had worked extremely hard and the inspectors recognised the strengths in the school. 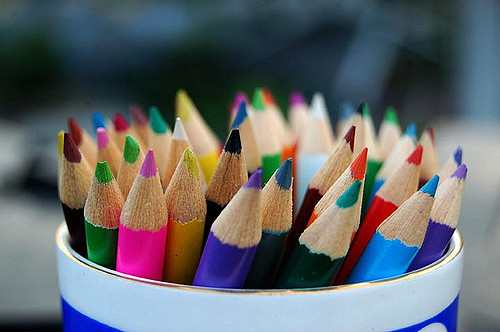 An Isle of Wight primary school, where teaching was not good enough and ‘confused’ pupils did not make enough progress, has been criticised by Ofsted inspectors.

Arreton St George’s Church of England Primary School was judged to require improvement — dropping from its previous ‘good’ rating — at an inspection at the end of November.

More able pupils were seen to not make enough progress, and expectations of pupils’ engagement was not high enough. In some classrooms, disruptive behaviour from students interrupted learning.

Struggling and confused
Although expectations and learning were high in some classrooms, on occasion, teachers planned activities and tasks that did not match with what they wanted students to learn.

When this was the case, pupils struggled to make connections, or see the point in what they were doing. Pupils then became confused.

Transition period
The governing body was in a period of transition and recent changes — including the appointment of a new and experienced chair of governors — had given a new sense of direction, the report said.

It added, governors were beginning to be more active in monitoring progress of leaders.

Inspectors identified ‘pockets of good practice’ within the school but said it needed to be shared out among the rest of the staff.

More able pupils did not always make enough progress, and too much teaching did not fully engage pupils.

Areas of ‘Good’ provision
Two areas of the school were judged to be ‘good’ — early years provision and personal development and welfare.

“They behave well, work well as part of a team and are kind to each other. They follow instructions without any fuss.”

The ‘small school family ethos’ and sense of tolerance at the school were also praised by inspectors.

“Staff and pupils have worked extremely hard and the inspectors recognised the strengths in the school.

“The inspectors noted that over the last two years, Arreton has been successfully raising teaching and learning standards across the curriculum, in particular pupil progress in mathematics in Key Stage 1 was well above average and among the highest in the country.”

Mr Haley said he expected the school to be above national averages in Key Stage 2 by next summer — something it has not achieved in the last three years.

“Our pupils in particular were singled out for praise by the inspector as confident, polite, well-mannered and respectful and the report highlighted how much they enjoyed learning at Arreton St George’s.

“We now look to the future and continuing to improve the education for all.”

Image: masudananda under CC BY 2.0

1 Comment on "Isle of Wight primary school criticised by Ofsted"

newest oldest most voted
alisonjane
This is the result of cramming too many children into such a tiny school, with higher than average class sizes. This school was outstanding with a huge waiting list of pupils wanting to attend only a few years ago. Then came the closing of all our Island Middle Schools. The school hall is classed as inadequate to safely accommodate all its pupils, which results in whole school… Read more »
Vote Up20Vote Down