The young people were rescued after midnight. Attending were Cowes RNLI, Needles and Ventnor coastguards and an ambulance 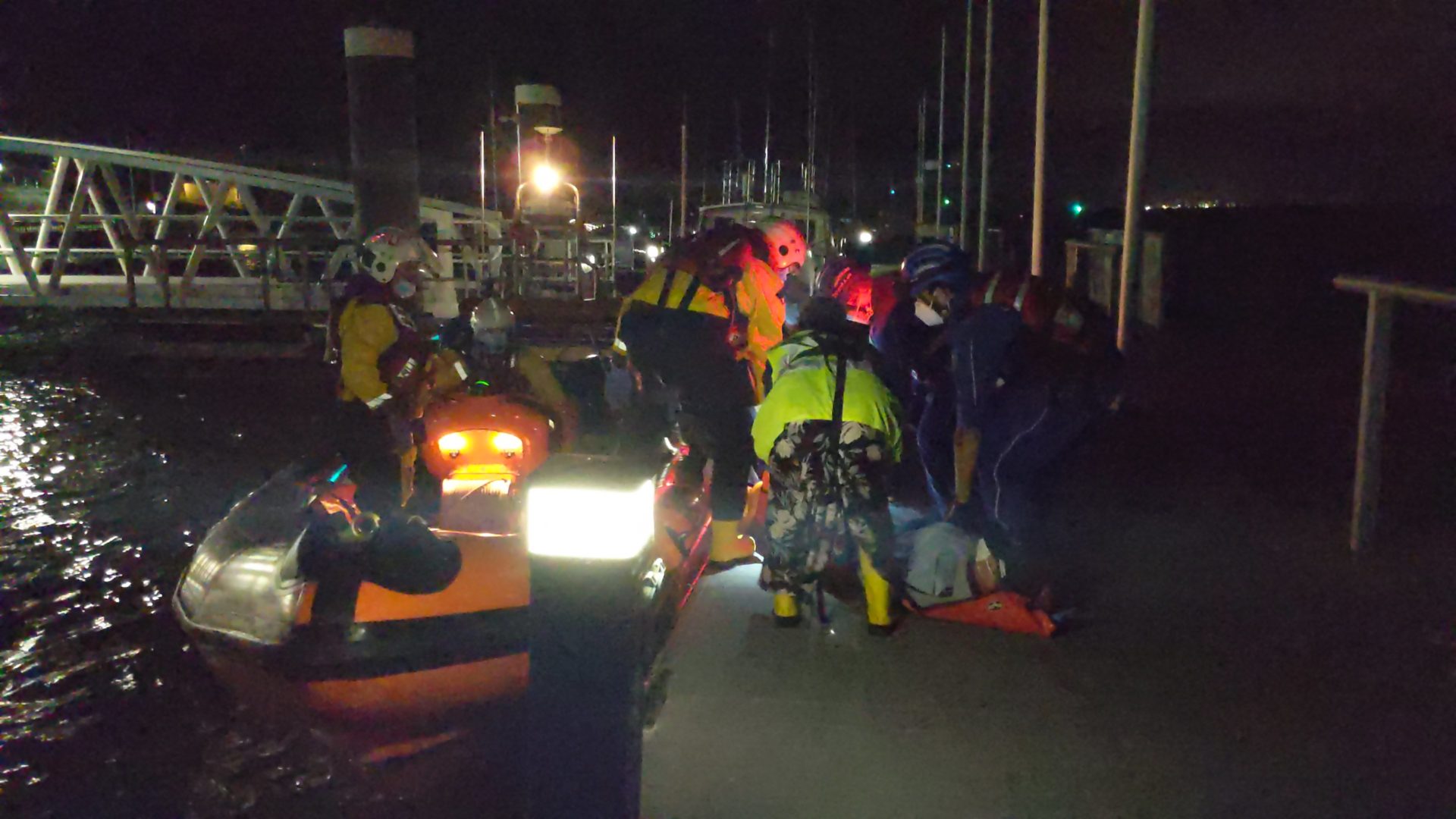 A young man and a woman were the focus of a shoreside rescue operation last night (Sunday) involving Cowes RNLI lifeboat and Isle of Wight coastguards.

The alarm was raised by the young woman who used her mobile phone to tell coastguards that both needed help soon after starting to walk from Thorness to Gurnard.

Midnight launch
The lifeboat launched just after midnight; also dispatched were Needles and Ventnor coastguards and an ambulance.

Eventually the young woman, who lived in Newport, was escorted by coastguards along the cliff path to Gurnard Luck where she was attended to by paramedics.

Injuries sustained
Later the young man from Cowes was also located after his shouts for help were heard.

He, though, had received injuries while apparently attempting to climb the bush and rock covered cliff.

Transferred to hospital
Eventually he was put on a stretcher aboard the lifeboat, which delivered him Trinity Landing, Cowes, where he was transferred to a waiting ambulance.

The lifeboat returned to station just after 2am.

News shared by George on behalf of Cowes RNLI. Ed