Letter To The Editor: Are The Council Building A War Chest?

Cllr Geoff Lumley accuses the council of creating a war chest, to bring out just before the next election

Following the full council meeting the week before last, Cllr Geoff Lumley has sent the following to share with VB readers. In his own words. Ed 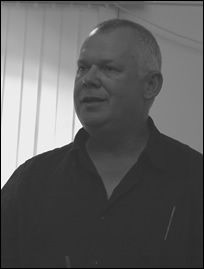 What has been entirely missed from, in my view, the unbalanced newspaper and radio coverage of the last IW Council meeting’s Budget Review, was that I proposed the option of Councillors being able to defer identification and consideration of a specific list of savings proposals from Cllr Pugh until after the Quarter 2 position (from 1 April up to and including 30 September) in this year’s budget had been reported upon. Probably at November’s Full Council.

This would be much in line with the budget schedules of other local authorities, as Cllr Pugh admitted

Projected overspend actually an underspend
I had proposed this as I recalled that this time last year we were told by Cllr Pugh we were on course for a £6.3 million overspend. The actual outturn at the end of March 2011 was an underspend of £800,000 – a difference of £7.1 million.

Adding in monies also subsequently set aside in individual Directorates – £1.65m – and for ‘organisational change’ – £1.76m – that makes a total difference of £10.5 million. Quite a difference from prediction in September 2010 to March 2011 outturn, I hope you agree ?

Why worry people until you know for sure?
My argument was that we may not have to cut services (to the tune of £3.85m) at all this year and that we should wait for the more accurate projections of Quarter 2 than the current ones of Quarter 1, which are already projecting no overspend this year.

I asked why we had to worry so many people now, young and old, who would be affected by these potential cuts when they might not be necessary based on last year’s experience.

Is this just a War Chest?
I went on to suggest that the Conservatives at County Hall may possibly be building a ‘war chest’ for a Council Tax giveaway in February 2013 – just ahead of the next Council elections”¦”¦..this of course was later denied”¦”¦”¦

Of course my proposal was defeated by 23 votes (all Tories and three independents) to seven (me, the four Liberals and two independents – Churchman & Welsford) with five abstentions (all independents).

I hope this provides some balance ?

14 Comments on "Letter To The Editor: Are The Council Building A War Chest?"

When issues such as this get revealed, it simply proves Pugh and the Tory Council leaders are either incapable of doing bascic sums like adding up and taking away, or as Cllr Lumley suggests, they’re building an election give away war chest. Either way, they can’t be trusted with a barge poll.

Vote Up00Vote Down
Steve Goodman
“..it simply proves Pugh and the Tory Council leaders are either incapable of doing bascic sums like adding up and taking away, or as Cllr Lumley suggests, theyâ€™re building an election give away war chest. Either way, they canâ€™t be trusted..” Regarding the maths, I remember their (approx.Â£5m?) basic debit/credit error revealed by another (indendent) councillor last March, in the county hall refurb. figures. The election “war… Read more »
Vote Up00Vote Down
Jess

I think – hope – that the ill will sown in County Hall these last few years is deeper than a cut n run council tax cut will solve.

It would be absolutely scandalous if this Council were to dip into council tax payers money to build a war chest and then use it to bribe the elctorate for their vote at the next election.

If they are prepared to stoop so low as this, then in my opinion they’re no better than a bunch of crooks and con-men who should be put in the dock.

Vote Up00Vote Down
daveq
They have already done that to the residents of Shanklin, Bembridge and East Cowes- they take our council tax, part of which is, by law, supposed to be used to ensure we have a comprehensive library service. They froze council tax this year (2011/12) but then allowed parish councils to charge us extra for our library service. Which ever way you look at it, this is theft… Read more »
Vote Up00Vote Down
john
The lack of knowledge of what’s going on in this country is breathtaking. It was the Government who froze council tax, not the council, that’s why the effect of the cut in government funding had such a huge impact on councils all over the country. I do hope people have read that libraries, toilets etc etc were closed all over the country, but hey when did the… Read more »
Vote Up00Vote Down
Stewart Blackmore
John, The Council Tax freeze, although welcome, will benefit more those who own larger houses and are, by and large, Tory supporters. Once again those people who can least afford it are subsidising those who can well afford it. Added to that it looks like they will soon have the 50% tax ceiling removed. Bet they won’t be freezing this winter unlike most of our poor pensioners… Read more »
Vote Up00Vote Down
No.5

More Tory Spin…by capping Council Tax they force councils to close toilets, TIF and Libraries to cut costs and to increase parking and other fees to make up the difference

Vote Up00Vote Down
adrian nicholas
john – i suggest you bother to actually read the IWC 2010/11 budget forecast and IWC 2011/12 budget review papers and 2010 accounts before making such a misleading generalization. What Geoff has astutely pointed out was based upon a central IWC document stating , quite clearly, in black and white, anticipating a 2010/11 budget forecast of Â£6.3 overspend projection, when compared to March 2011 actual underspend of… Read more »
Vote Up00Vote Down
Jess
@John – statistics are only part of it, its leadership and will, both political and executive. In Palmerston Rd Southsea there is a new library – why are ours being closed / curtailed when Poetsmouth open them? On closer look ISTR it’s self service/volunteer run – why wasn’t that explored here? Yes, I know that libraries are now being transferred but it wasn’t the first solution proposed.… Read more »
Vote Up00Vote Down
Jess

Apologies for spelling – on mobile and pressed send in error before checking. Me bad.

Vote Up00Vote Down
daveq
It is not us who have no understanding of what is going on in the country. We are well aware that the Council Tax freeze was from central government but that hasn’t stopped Pugh and his cronies from frequently telling us, both on VB and in the Council Press that it was the entire doing of the IWC cabinet that gave us the freeze and nothing to… Read more »
Vote Up00Vote Down
Geoff Lumley

Further to my letter, I see that the Quarter 2 (half year) figures going to the ‘Overview & Scrutiny’ committee tomorrow show an overshoot in cuts of Â£786,000. I would put money on it being at least Â£3m by next April.

Geoff – it looks like they saw this and toned it down a bit just so you weren’t 100% accurate!

Thanks again for all the good work.