Letter: Why the threat to the NHS is real

Steven Goodman invites readers to join him and others at the Frank James Hospital in East Cowes on Saturday to celebrate five years of campaigning to protect the former hospital – whilst those at the London event urge politicians to protect the NHS. 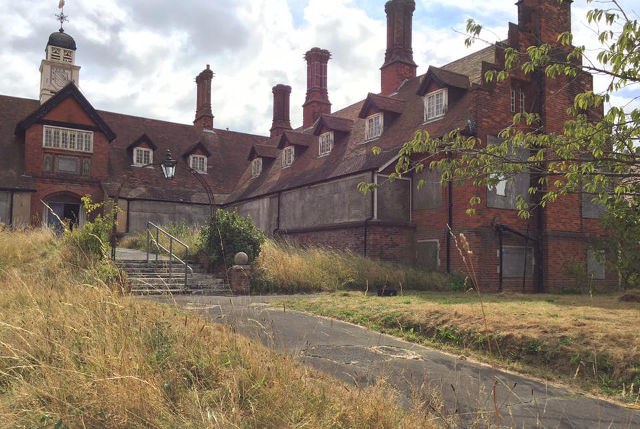 We always welcome a Letter to the Editor to share with our readers – unsurprisingly they don’t always reflect the views of this publication. If you have something you’d like to share, get in touch and of course, your considered comments are welcome below. This from Steven Goodman. Ed

From midday until 5pm on Saturday 4th March some Islanders will be in central London taking part in the main national demonstration in support of our ailing NHS.

Others will be at the former Frank James Memorial Hospital in East Cowes, showing solidarity with those marching to Parliament, celebrating the fifth anniversary of the start of the Frank James Friend’s campaign to save the listed building, and handing back control of the site to the owners now ready to start the long overdue work.

The NHS campaign is for a fully funded, publicly owned, national health and social care service, with an end to damaging cuts, closures, and privatisation.

Sold on and neglected
Our former hospital – publicly owned and enthusiastically supported by local people for a century – was closed, passed on to private developers, and then neglected and allowed to decay for ten years.

That was before people started the fight to halt and reverse the expensive damage caused by thieves, vandals, and the lack of care from those responsible for its upkeep.

Threat against the NHS is real
It seems that we have been able to save Frank James; there are many more good financial and social reasons why we should all be fighting to save our NHS from destruction.

As the national campaigners are saying – The threat is real. It is happening now.

Hospitals, GPs, mental health, ambulance and community services are on their knees. Private companies are gaining an ever greater foothold within the NHS. Years of pay restraint has seen the value of NHS staff salaries reduce by 14% since 2010.

STPs a smokescreen
The Government’s Sustainability and Transformation Plans are a smokescreen for a massive programme of hospital and community service closures, and are its latest instrument for privatisation (which, as Private Eye readers and others know, generally results in higher costs and poorer services).

The NHS is one of our greatest achievements. We need not allow it to be undermined and ultimately destroyed.

Please join us on Saturday 4th March, to send a clear message to our politicians, and/or to celebrate our effective local action at our cherished former hospital.

4 Comments on "Letter: Why the threat to the NHS is real"

We can send a message, Steve, but no-one’s listening.

Perhaps our MP (recently awoken from hibernation as the smell of votes is in the air) could get on the case?

We can safely bet that the ‘listening’/ monitoring’ is happening, even if the responses are poor/ slow/ absent. The monitors certainly cannot legitimately claim that everyone is convinced that we are safe in their hands.

Our MP did at least get on the Friends of FJ case; perhaps he will join us again tomorrow, if the monitors think that would be a good idea…

Vote Up40Vote Down
Steve Goodman
Update; no MP at FJ yesterday, but over 100 other visitors during the day, including those attending mainly because they were unable to take part in the huge action in London, which the politicians can’t say they failed to notice. Our thanks again to everyone contributing to an enjoyable gathering, although, as usual, visitors included previous patients and staff who were saddened and/ or angry to see… Read more »
Vote Up40Vote Down
Steven Goodman

I’m now pleased to report that the owners say that as early as next week they will finally be taking full responsibility for their own now less neglected property; more when/ if! work on site commences.

My thanks again to everybody who helped us get this far.