Look out for the signs of Sepsis, warns Isle of Wight man who lost his foot to condition

Ahead of World Sepsis Day this Friday, former pub landlord living on the Isle of Wight is campaigning to raise awareness of the life-threatening condition. 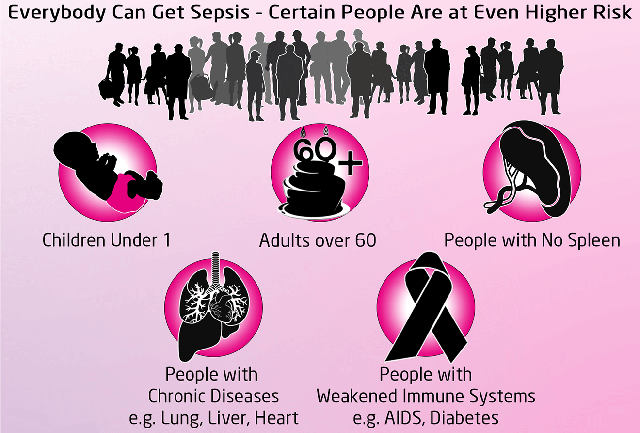 A former pub landlord living on the Isle of Wight who had part of his foot amputated after developing sepsis is campaigning to raise awareness of the life-threatening condition.

Philip Easton was admitted to hospital two weeks after scratching his right foot. His wife Barbara called for an ambulance after becoming concerned that part of his foot had turned black.

Four days before he was admitted to St Mary’s Hospital, the 66-year-old had attended a GP appointment. He had been prescribed 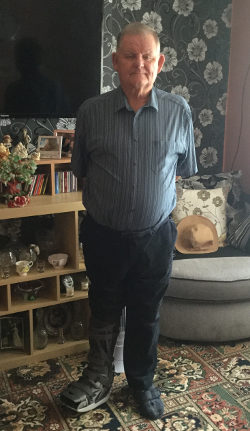 antibiotics as his foot had blistered, showed signs of infection and was warm to touch.

Upon arrival at St Mary’s Hospital Philip, of Godshill, was diagnosed with sepsis and subsequently gas gangrene.

He was airlifted to another hospital for surgery where doctors had to amputate two of his toes. However, Philip then underwent further surgery to remove the remaining toes and part of his right foot because of the extent of his infection.

Reliant on full-time care
Philip, who is registered blind, is now reliant on a wheelchair for mobility and his wife for full-time care. He has instructed specialist medical negligence lawyers at Irwin Mitchell to investigate the care he received.

He is joining his legal team in using World Sepsis Day to speak out so more people are aware of the signs of this condition.

“Through our work we often see the consequences that people can be left to face because of sepsis. Awareness of the signs of sepsis and early detection are key to beating it.

“While we are continuing to investigate Philip’s case, we were keen to ensure his voice is heard and join him in campaigning for the need for more people to be aware of the signs of sepsis.”

Started with small scratch
Philip was a former licensee and ran pubs including The Grosvenor Hotel in Caversham and The Martlett’s in Aldwick, Bognor Regis, before his retirement in 2008.

He had just got out of the shower on 8 April, 2018, when wife Barbara, 65, noticed her husband had a small scratch on his right foot and put a bandage over it.

Toes had turned black
However, over the coming days Philip’s condition began to deteriorate. By 21 April he began vomiting. Barbara removed the bandage from his foot and noticed her husband’s toes were black.

On 22 April Barbara called an ambulance for Philip who was then taken to hospital.  Following several examinations he was diagnosed with sepsis and gas gangrene.

Philip was transferred to another hospital for surgery.

Delay in examining foot
Philip raised concerns with Isle of Wight NHS Trust – which runs St Mary’s Hospital – about how long it took doctors to remove his bandage to examine his foot upon arrival.

The Trust has written to him outlining how its emergency department is aiming to improve the early recognition of gas gangrene and the removal of bandages when reviewing patients.

“Below standard experience”
Dr Tim Petterson, clinical director of the Emergency Department, said that the Trust was also investigating using photographs when referring patients to other hospitals to improve communication on “the severity of wound presentation”.

Dr Petterson “apologised” for the “below standard experience” Philip had.

“I remember getting out of the shower and feeling that my leg was tingling.  We bandaged it up and it seemed fine.

“However, a week or so later it was in a really bad way so I was given antibiotics. Not long after that I started to feel really unwell and it became clear something wasn’t right.”

“It remains hard to take that I had to lose my foot and it has changed my life massively. Barbara was initially working when I returned home and had to leave me food and drinks to get me through the day. However, it got to the point where she had to stop work to be my full-time carer.

“I’m hugely frustrated by everything that has happened and hope to gain answers regarding whether anything further could have been done to help me.

“I also hope that my story highlights just how sepsis can affect people and why it is important that efforts to identify and tackle it continue.”

World Sepsis Day is on 13 September and aims to raise awareness of the condition.

1 Comment on "Look out for the signs of Sepsis, warns Isle of Wight man who lost his foot to condition"

Sorry for this chap but you’re publicising a story where he has instructed a bunch of ambulance chasing solicitors to sue the NHS thereby reducing money available for other people to get treatment. How does that help?