Find out what you can do to help those in your community who might be at risk of suicide and need somewhere to turn. 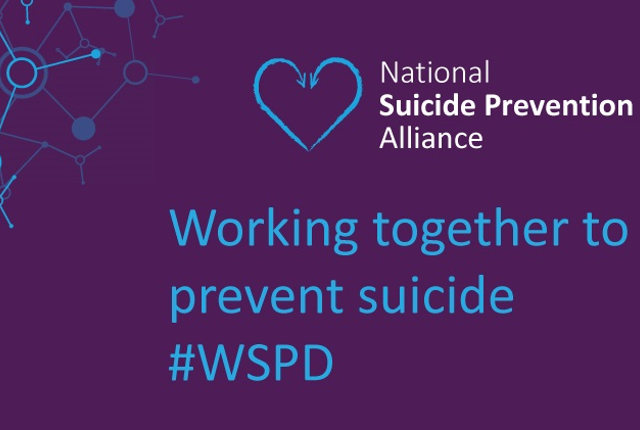 “It’s better to do something, than nothing, when doing nothing becomes something”

How you can help
The team will be raising awareness of actions that individuals in our community can take to help or support someone who is struggling, under the international theme of Working Together to Prevent Suicide. The areas for individual action they will be highlighting are:

SPI have planned a number of Facebook and Twitter post’s for today, the first at 8:30am, which covered a number of topics from Starting conversations, Taking time to listen and Creating supportive workplaces to name but a few and using the hashtags #spiiow #WSPD

“We are delighted to be members of the NSPA, and appreciate the networking, collaboration and support they and other members provide.

“We also want people on the Island to know that SPIIOW is based on the Island and when a person feels that they want to end their life from suicide and when time is the key to survival our front line team will immediately act to intervene.

“This could be a person’s home address or other locations across the Island and secondly by continuing to support those in need.”

Break down stigma and taboo
She went on to say,

“We are calling on all Island people to show their support for SPIIOW for a subject that we know has a lot of stigma and taboo attached to it. Our aim is also to break down the stigma and taboo and for people to talk openly about it and the way they are feeling.”

Suicide Prevention Training
We are holding our next half day courses in suicide prevention on the following dates 1st, 8th and 15th October, the fee for this is only £30 per person.

Someone at risk from Suicide?
If you think or believe that someone you know or have seen someone who is at risk from ending their life from suicide you can make contact with our front line team 24 hours a day in the following ways:

SPI Crisis Number (Suicide Intervention Only) 07519 008 406 24/7 text or call  – This number is only to be used if you or someone you know is having thoughts of suicide or we have a live 24 hour web chat on the Website.