Nine-year-old Isle of Wight skateboarder on our TV screens

BBC South popped over to John Cattle’s Skate Club to speak with Martha Eggleton, the youngest member of the Wight Trash skate team 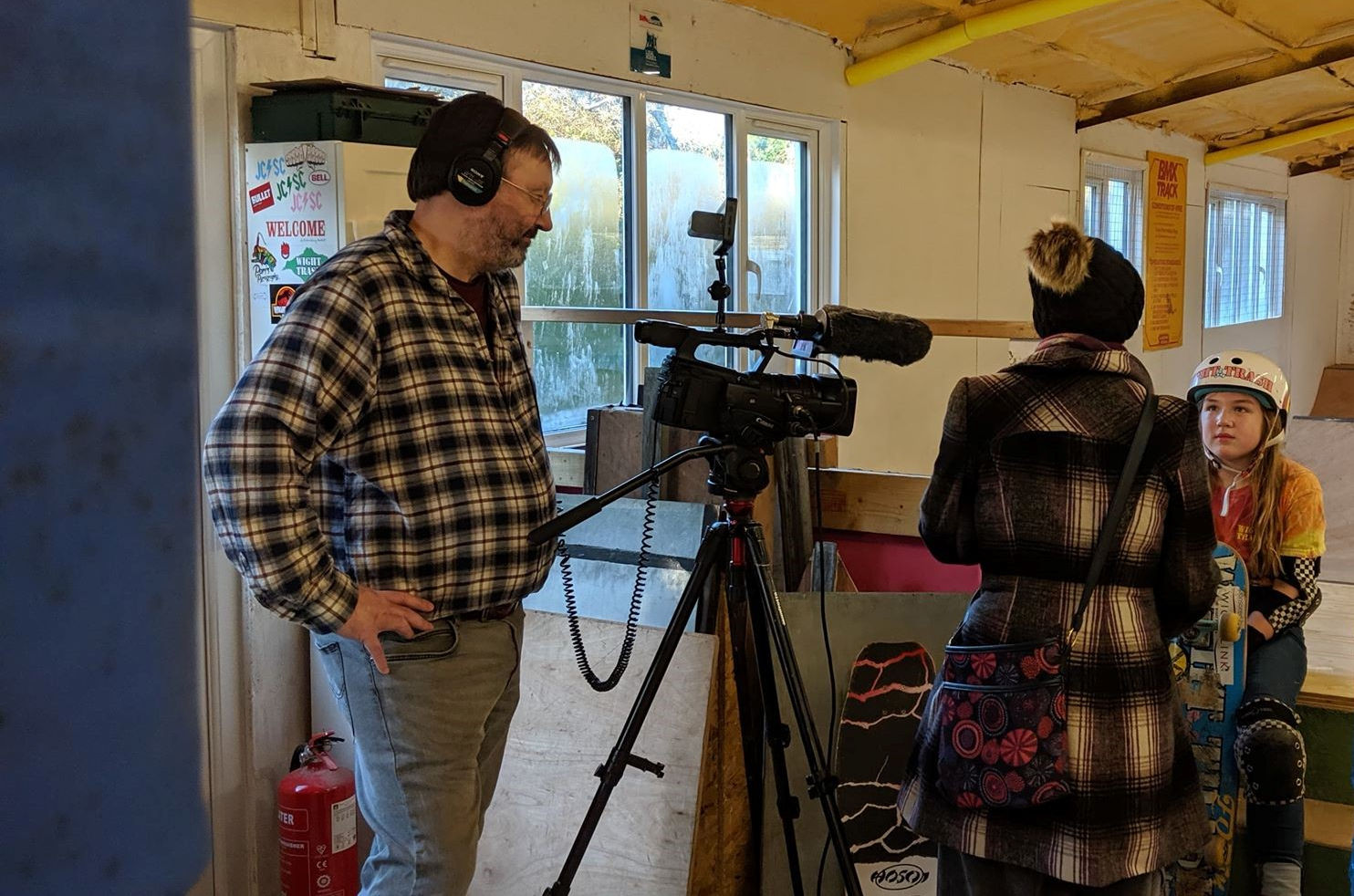 Martha Eggleton the nine-year-old skateboarder from Niton, who joined the Wight Trash skateboarding team in 2018, will be appearing on BBC South tonight (BBC1 from 6.30pm).

The youngest member of the Wight Trash team, Martha is a dedicated and gutsy skater, who practices every day after school at her local skatepark and travels to the mainland at weekends to take part in competitions.

Filmed at JC’s skateclub
The BBC South Today team recently made a visit to John Cattle’s Skate Club to film a segment with Martha, and tonight (Friday) you’ll see her speaking to Bryony Leyland about her passion.

“We are just so proud of Martha”
Last year Martha broke her leg in five places, but this didn’t put her off and as soon as she was back on the board, her determination to constantly improve shone through.

“As a family we are just so proud of Martha coming back stronger after her injury.”

As well as practising at her long skate park in Niton and travelling to the mainland at the weekends (Martha is also part of the Isle of Wight’s Talented Athlete Scheme) she trains at John Cattle’s Skate Club.

“We have close to 200 students each week at Wootton, from toddlers to adults and everyone in between, including more and more children with additional needs and disabilities thanks to the council’s SEN department and places like the Island Learning Centre.

“Everyone gets to enjoy rolling in the park in one way or another.”