Martha’s response to breaking her leg in five places whilst attempting a 360? What competitions am I missing and when I get back on the board what tricks can I learn? 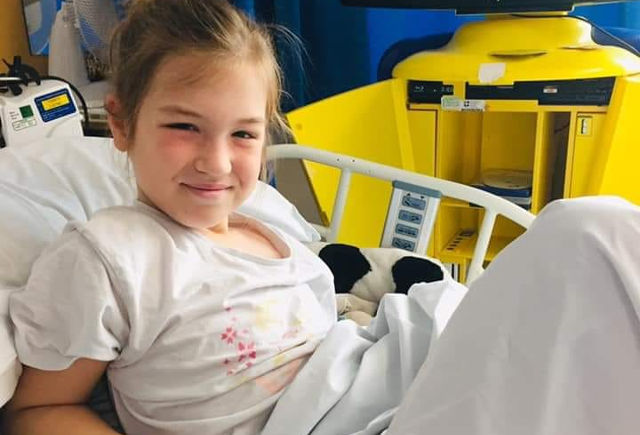 Isle of Wight skateboarding brand, Wight Trash, have this week made assurances to their youngest female team member, eight-year-old Martha, that her place on the team is secure.

The reason for the reassurance came about after Martha Eggleton broke her leg in five places at the weekend.

“She was at Lymington skatepark and as she was trying a 360 on the coping, she just did the splits and twisted her leg so it spiral fractured in five places.”

Devoted and totally dedicated
Apparently one of the first things Martha did after breaking her leg was to get in touch with Wight Trash to make sure she wouldn’t be taken off the team (as if)!

She then made sure she wasn’t going to be missing any important competitions and thirdly, looked up all the new tricks she wants to master when she’s back on the board!

This is what dedication looks like folks and we’re in awe of it.

Up and about already
Heather told OnTheWight that Martha took the whole thing very calmly, and the other skaters in the park all helped out.

In fact, she got most upset when they had to cut her knee pads and favourite skate shoes off.

Just two days after her op and Martha and is up out of bed learning how to use stairs and walking round with her frame. Go Martha!

Amazing support from health services
Martha and her mum, Heather, were keen for us to point out just how amazing the nurses, doctors and all the staff at Southampton General Hospital have been, adding that she’s had “first class health care”.

Tip of the hat also for the community responder, who Heather says was with them in just four mins of making the call, closely followed by two ambulances, “all there so quickly they were all amazing!”

Martha “is one gnarly young legend!”
Wight Trash posted the following message to their followers,

“Here’s a shout out to our Wight Trash skater, 8 year old Martha. She has been totally dedicated to pushing herself learning new stuff lately. Unfortunately she had a slam at the weekend resulting in her breaking her femur in five places.

“One of her first things to do was to call us to check she wouldn’t be off the team! As if! And to check she wasn’t missing any comps whilst she’s resting up.

“The next thing she did was make a list of the tricks she wants to get when she’s back on her feet.

“AND THAT is why we sponsor her. She had to wait 3 days to have her op and the doctors couldn’t believe she was just on Calpol for pain relief. She is one gnarly young legend!

“All is good, she’ll be back on her board in a couple of months. If you want to see what a true skater is like, you’re looking at her.”

Check out the action
If you haven’t seen Martha in action take a look at these videos from her Instagram. Believe me, she makes it look a lots easier than it is.

It starts with Martha dropping in on a 4m high Vert (I think when she was 7) followed by just two months later :

There are loads of other videos on Martha’s Instagram which is the best way to stay up to date with her progress.

Here’s a reminder of Martha in Lauran Hibberd’s music video for What do Girls Want?