The secondary school has been long held up by local politicians as the ‘beacon’ school for the Isle of Wight, but today, Ofsted have dealt a shocking blow with an Inadequate rating for the school. 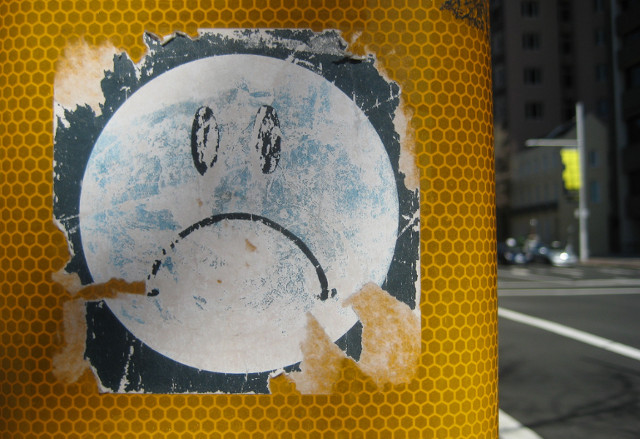 Christ the King College (CtK), a school for many years regarded as ‘one of the best’ on the Isle of Wight, has received a damning report from Ofsted, who say they find the school ‘Inadequate’.

The inspection took place earlier this year, and the wait for the report to become public has been unusually long. OnTheWight has been chasing the report from Ofsted for some weeks, as many other schools inspected after CtK had already had their reports published. Ofsted were unable to advise the reason for the delay.

Damning report
The inspection of the school – the first since 2014 – took place at the end of June 2018.

Reasons for rating
Ofsted inspectors gave the school an overall rating of ‘Inadequate’ for the following reasons:

Ongoing problems
The school’s financial difficulties were played in the public at the end of last year, when the school accused the Isle of Wight council of lying.

In March this year, the former Principal, Pat Goodhead, unexpectedly announced her retirement and it has since been under the leadership of Interim principal Matthew Quinn.

Concern over GCSE results delay
ICT pupils at the school are still awaiting their GCSE results well over a month since they should have been issued. The College said they could not comment on the nature of the delay.

The timing of the report is crucial for parents of current Year 6 pupils who have until the end of the month to decide which secondary school they wish attend from September 2019.

“Everyone at Christ the King College is absolutely committed to ensuring this school improves over the coming months and we are confident Ofsted will see an enormous change when they next visit.

“We completely accept this is a very disappointing report but it’s one the leadership team, teaching staff and governors have taken on board and we are all working
tremendously hard to address all of the issues that have been highlighted.

“Parents and pupils should be confident the school will return to its former standards very quickly and we will be offering an open evening at Christ the King this month so they come and talk to us about their concerns.

“Since I started this interim role, just a few weeks before the inspection, I have instigated substantial change with the support of the governing body, Hampshire Advisory Support and the Isle of Wight Council. There have been immediate improvements to safeguarding arrangements and how pupils’ progress and behaviour is monitored.

“I am pleased to see Ofsted recognised the impact of the new leadership team at the school.

“I am also pleased that teaching in English is considered ambitious and well planned and that the quality of teaching in the sixth form has been recognised.

“I would like to thank the Isle of Wight Council, both the Catholic and Anglican diocese and the new chair of governors for the help and support the school is receiving.

“In my view, Christ the King remains a good school in many, many ways, It’s a school with good GCSE and ‘A’ level results and a school pupils are proud to attend.”

“Last year, Island Conservatives got elected to County Hall with the pledge that “all Island schools will be Good or better by OFSTED by 2021with 25% Outstanding.”

“Today’s shocking report completely blows that out of the water. It was a ridiculous pledge to make – as lack of funding by Conservative government have left Island schools on their knees. And the fragmented system of academies, free schools and church schools severely limits the influence which our local council can have on Education.”

Council leaders “out of touch”
She went on to say,

“But more importantly this illustrates how out of touch our council leaders are. Good local schools don’t come as the result of statistical analysis and targets.

“Good local schools are warm, safe and inspirational places to be! I urge all island parents to visit the schools, talk to staff and students and see daily life for yourself – this tells us much more than any OFSTED report ever can.”

“I am deeply disappointed about the findings of this report. Christ the King College has been a high performing college for a long time where hundreds of students have benefited from good quality education. It is a college with a proud history of delivering strong GCSE results for its students over many years.

“The interim principal and new chair of governors, who have only been in post just months, are already doing an impressive job of turning the school around and they had only been in post for around eight weeks when the inspection took place, so the Ofsted rating must be seen in this context.

“However, since their appointments great strides have been made to implement the report’s findings and recommendations by the inspectors and this good work continues at pace.

“The council has been giving the school support during this process and it will continue to do so. I’m confident Christ the King will be rated as a ‘good’ school again in the future.

“We remain confident that we will have all our schools ‘good’ or better by 2021 – and that Christ the King will be inspected again soon.”

Stuart: “There are points to make and lessons to be learned”
Leader of the Isle of Wight Liberal Democrats Nick Stuart told OnTheWight,

“As a former teacher this appalling Christ the King OFSTED report shows a School undermined by poor management, destructive Council, and Government funding cuts. Who suffered? children, the families, and the Island community.

“The new school leadership will reassure parents and the rest of us and I anticipate they are drawing up plans to improve and deliver new channels for concerns, but there are points to make and lessons to be learned.

“The report makes shocking reading, but unfortunately is no surprise. Bullying in the school and the bad behaviour of a small minority has been evident for several years and was dismissed by previous senior management who denied it was a problem.

“The long term funding issues and effective undermining by the current Council led to a siege mentality and a complacent approach on results compared to other
Island schools. Although best in a struggling bunch is no serious accolade. This was the school of choice for many Island parents and on incoming pupil levels they should have been doing better.

“Teachers and team leaders have been poorly supported, badly led and put under severe strain by the many failings detailed in this report. But we can’t just blame the school management.”

“Conservative Government funding cuts, and the lack of support and attacks by the Council all damage our children’s education. The local Conservatives’ unrealistic promises of massive improvement in Island schools, and continuing push for a single 6th form centre shows their ideology beats real evidence. I’d give the national and local Conservatives a Completely Inadequate rating.

“Lets also remind ourselves that OFSTED have admitted their policy focus on academic success to the exclusion of much else was wrong. Not a surprise given Gove’s push to bring back the 1950s so a modern school supporting the rounded pupil and the less academic is hardly recognised. Something the Liberal Democrats have been pointing out for ages.

“OFSTED praise of the new senior leadership and new Governors is reassuring and gives Christ the King the chance to build on its real strengths and to support its whole student body. Lets hope that the current Council assist, rather than hide their own failings and undermine the 6th form.

“The Liberal Democrats believe that good Island schooling is critical for our future generations, our Island economy, and our community future. This crisis must be used by the Council to bring in all interested parties as a springboard for a new island education approach.

“For transparency I have recent and continuing connections to the school.”

The report
Click on the full screen icon to see larger version.

Image: Angus Fraser under CC BY 2.0

newest oldest most voted
Ian Young
I will limit my comments to an area in which I have personal experience. For the past 18 months a young member of my family has had his life made a complete misery by the total inability of this school to deal with, or even recognise, the problem of bullying which was clearly widespread within its boundaries. I know there are many other children and young people… Read more »
Vote Up26-1Vote Down
doughnut
Parents were queuing up to fight over places over the last few years, the school has overreached itself financially and academically. And I guess that the members of the leadership team who decided it was time to leave had seen the writing on the wall and slipped out before it pointed to them. I hope it manages to pull itself back up quickly for the sake of… Read more »
Vote Up150Vote Down
profoundlife

I heard it was more jump before they were pushed. Council agreed to take on the crazy overspending deficit as long as the leadership went.

I never thought I would ever say this, but “yay for Ofsted”!

Last thing anyone needs and just when it seemed like island schools were really on the up after a turbulent few years. CTK has had more than its fair share of turbulence recently and I just hope they’re able to sort it out.

Vote Up12-4Vote Down
Colin
Again, I find myself agreeing with Vix Lothian on all her points. Despite the national politicians protesting that they are investing in schools more than ever before, the money certainly isn’t arriving at the chalk face. As for the local politicians making ridiculous electioneering pledges; they will only end up with egg on their faces. It wasn’t that long ago that they were making statements to the… Read more »
Vote Up9-3Vote Down
Mark L Francis

Is it the school that is inconsistent in the quality of delivery or is it OFSTED? In the past OFSTED inspectors have produced copy & paste reports recycled for different schools & variations between individual inspectors that have reflected more upon them than the schools. that said, bullying should never be tolerated anywhere.