Many people in Ventnor will have known Philip Oxley, but perhaps not been aware of his life-changing achievements prior the Isle of Arts Festival. Founding member of the festival, Chris Bonney, shares this obituary. 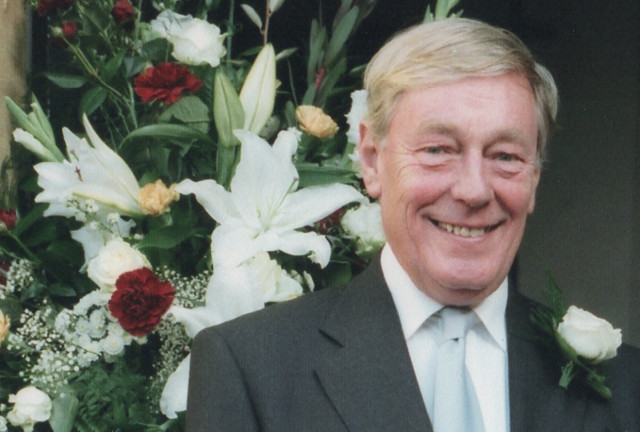 Philip Oxley died recently and his funeral will be held this week (details above).

He is probably best known locally as one of the driving forces behind the Isle of Arts Festival that ran for several years and was a contributing factor towards the re-establishment of Ventnor as a successful town.

Jazz-loving town planner
Philip was born in Derby and moved, as a student, to London, as much for the local jazz scene as to attend the London School of Economics. After graduation, he became a town planner, at one time being involved with transport planning for the London Docklands redevelopment.

Hair-raising escape from Kuwait
He became a leading authority in his field and provided expert advice to other countries on transport matters.

Consequently, while visiting Kuwait in 1990, he had a hair-raising escape following Saddam Hussain’s invasion and subsequent round-up of foreigners to use as human-shields.

Improving the lives of others
In 1996 he was awarded an OBE by the Queen for transport services for people with disabilities.

Legendary gatherings
Before settling in Ventnor in 1999 he moved several times, including to Hampstead, London and Thurleigh, Bedfordshire, where convivial gatherings at ‘Chez Oxley’ – that undoubtedly included liberal amounts of jazz and red wine – became legendary.

Ventnor was perhaps a quieter life and Philip became better known for the household of cats that he shared with his third wife, Janneke (pictured below), whom he met while she was running the Ventnor Towers Hotel.

Apart from his passion for cats and his garden, his other indulgences included Jaguar sports cars and Italian red wine, all of which he approached with the same energetic zeal. He was also a long-standing member of the Ventnor Local History Society and the British Legion.

Philip married three times and leaves a daughter from his first marriage. He died peacefully, following a short illness, on Friday 20th September, a few days before his 83rd birthday. His wife, Janneke, was with him.

Our sincerest thoughts are with Janneke and Philip’s family and friends. Ed

A true gentleman who will be missed. Love to Janneke xx