It might not be the six-storey block that already has planning permission, but the new application for Le Veness could still be considered pretty large compared to its neighbours 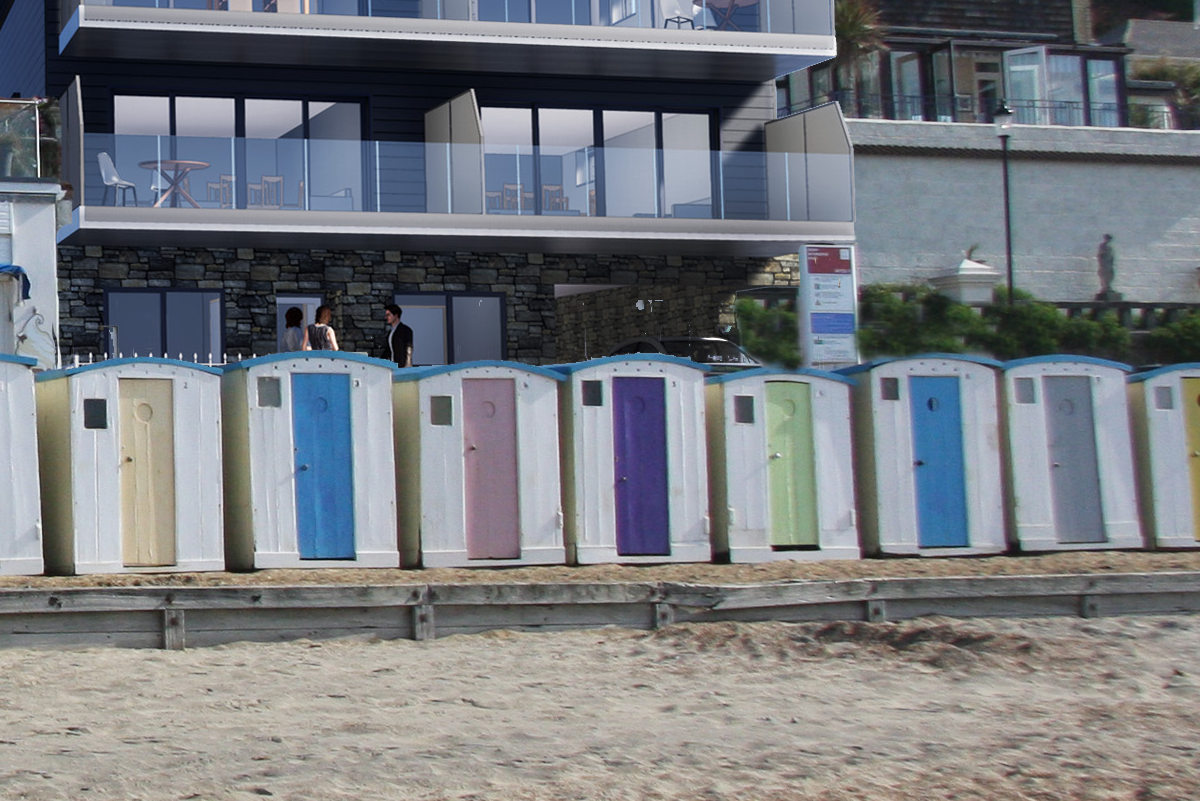 An application to develop the site of Le Veness on Ventnor’s esplanade has been submitted to the Isle of Wight council.

If approved, the application, would see the derelict building removed and replaced with a five-storey block comprising; a one-bedroom maisonette, three two-bedroom flats and one three-bedroom penthouse, with parking and new vehicle access.

Have your say
You can see all the planning documents and leave your comments on the application by visiting the Isle of Wight council’s Planning Website.

Background
Planning permission was granted (under delegated powers) many years ago to develop a six-storey building of flats on the site.

In 2010 the Planning Committee granted a Lawful Development Certificate, after work had started on the site – just days before permission ran out – but without meeting many of the conditions.

No further work since 2009 has been carried out on the site.

Change of sex?
The latest applicant, Mark Lilly, appears to have changed the sex of the property, which has always been known as Le Veness, but is now described as La Veness on the application.

We imagine this minor error will be updated once the mistake is noted.

newest oldest most voted
CB500
I am all for it. What Ventnor really needs is more overpriced, barely used second homes. I find the DFLs charming and a great boon to our local society. They have educated me in many ways. After observing them I now know how to walk four abreast at all times, talk loudly in high priced restaurants, step over the homeless without a second glance and click that… Read more »
Vote Up47-21Vote Down
Benny C
I can’t afford to venture into high priced restaurants to check how loud customers are so thank you for sharing that. For me the issue is that Dorset, Devon and Cornwall have made an industry and a fortune out of DFLs but dimly lit Ventnor can’t seem to make it happen. Without those we do have many more businesses would close and local folks providing services, tradesmen,… Read more »
Vote Up14-1Vote Down
prof

For some reason this four storey building seems to have five storeys in the artist’s impression. Or does my calculator need new batteries?

You’re right. My fault, now corrected. Thanks for the heads up.

Vote Up40Vote Down
richard
This is all very well, and that site does look a real mess, but the other two sites have had planning on them for years – the Gaiety and Broadlands opposite the bandstand(I think that is the name) -all these developers do is re-apply for some minor change after 3 years and bingo, another 3 years. I think the latter of the two above, has been going… Read more »
Vote Up32-2Vote Down
Benny C

Agreed. The planners are hopeless at using their own system, they are manipulated time and again. If this was in Dinosaur Dave Stewart’s ward He would be supporting his developer business contacts at the expense of everyone else and we would have had funds diverted from essential services to pay for some sort of pointless Planning survey.

Another load of rubbish foisted on us by rapacious developers and approved by our useless council planners. No wonder most of us are in despair at all the inappropriate development taking place everywhere on the Island.