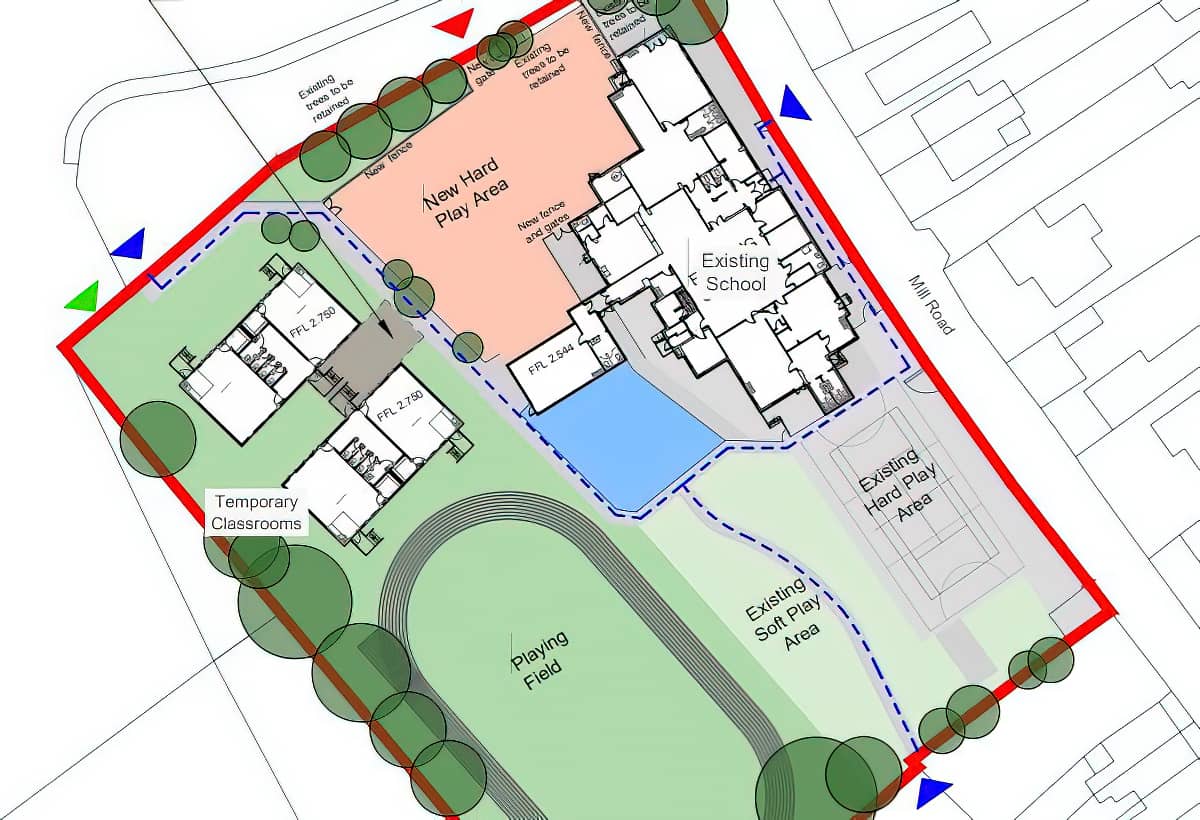 Next steps are being taken to move Yarmouth Primary School to Freshwater.

After permission was granted last month to knock down the former All Saints’ Primary School, on School Green Road, Freshwater, and build the new £4.5 million purpose-built Yarmouth School on its footprint, plans are being made to move the remaining children from Freshwater to Yarmouth.

Reducing ‘surplus places’
It was decided by the Isle of Wight Council last year to close All Saints in an effort to reduce surplus primary school places in the West Wight.

After gaining the permission of governors of Yarmouth School, pupils and staff will relocate from the Mill Road site, in Yarmouth, to Freshwater when the development is complete — potentially in spring 2022.

Current building to be demolished
Pupils are still currently being taught on both sites, but with the need to demolish the Freshwater building, the Isle of Wight Council is now applying for planning permission for temporary classrooms to be erected at the Mill Road site.

The temporary accommodation will be used to teach the 43 students still studying in Freshwater as there is not enough capacity in the school buildings for the full 140 pupils enrolled.

Access only via steps
Access to the temporary classrooms will be by steps only, but planning agents for the application Hampshire County Council has said the classrooms will only be ‘generic’ teaching spaces and anyone who cannot manage the steps will not be required to access the rooms and lessons can be timetabled to use an alternative location.

Staff to use public car park
Mobile classrooms will be placed on the playing field, with a new hard play area installed on the existing car park.

Planning documents submitted said staff will be able to park in the public car park next to the school. Bicycle storage will still be available on the school premises though.

The classrooms, which would also include bathrooms, would remain for 18 months, while the building work is completed.

Despite being built on the play area, the council said there will still be adequate room remaining for curriculum sports and physical education.

Have your say
To view the application or make comments on the proposal you can visit the council’s planning portal, searching 20/01928/FUL. Comments will be accepted until 13th January 2021.

This whole process is a mess and terribly sad for the whole Yarmouth community. It’s already a small site, though perfect for the current numbers. Reducing the field space and increasing children numbers will have a detrimental impact on play. As the current staff car park spends much time half submerged, it won’t make a great play area.