There is still time to get your free ticket for tonight’s (Monday) Queer Question Time event in Newport. 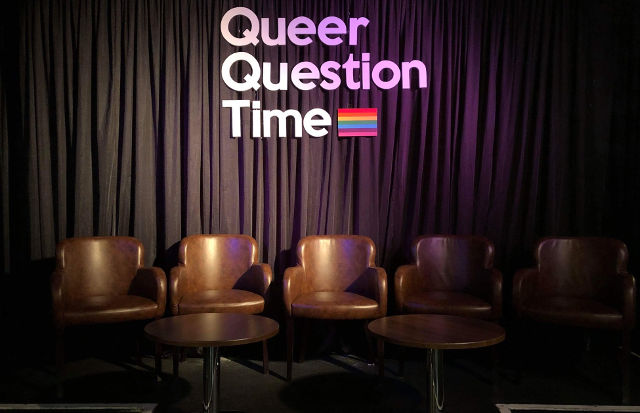 Organisers of Queer Question Time (QQT) will be heading to the Apollo Theatre in Newport tonight (Monday) as part of their first official UK Tour across England, Wales, Northern Ireland and Scotland.

Queer Question Time will kick of the first Pride-related events ahead of the main Isle of Wight Pride festivities at the weekend.

On the panel
Tonight’s event will be getting to the heart of what matters most in the LGBTQ+ community.

Taking part on tonight’s panel are:

Register for your free ticket online.

What is QQT?
Queer Question Time is a community-led discussion event that debates current LGBTQ+ issues as well as local and national politics.

It was established in 2009 by Mike Kear, who produced the event for six years at The Royal Vauxhall Tavern. In 2015 David Robson became the current producer of QQT using the event as a vehicle for community engagement with the Wandsworth LGBTQ+ Forum.

Robson has produced a different series each year since 2015 also at The Royal Vauxhall Tavern.

Filed under: Island-wide, Newport, What's On