RedJets to continue through lockdown, but with revised timetable 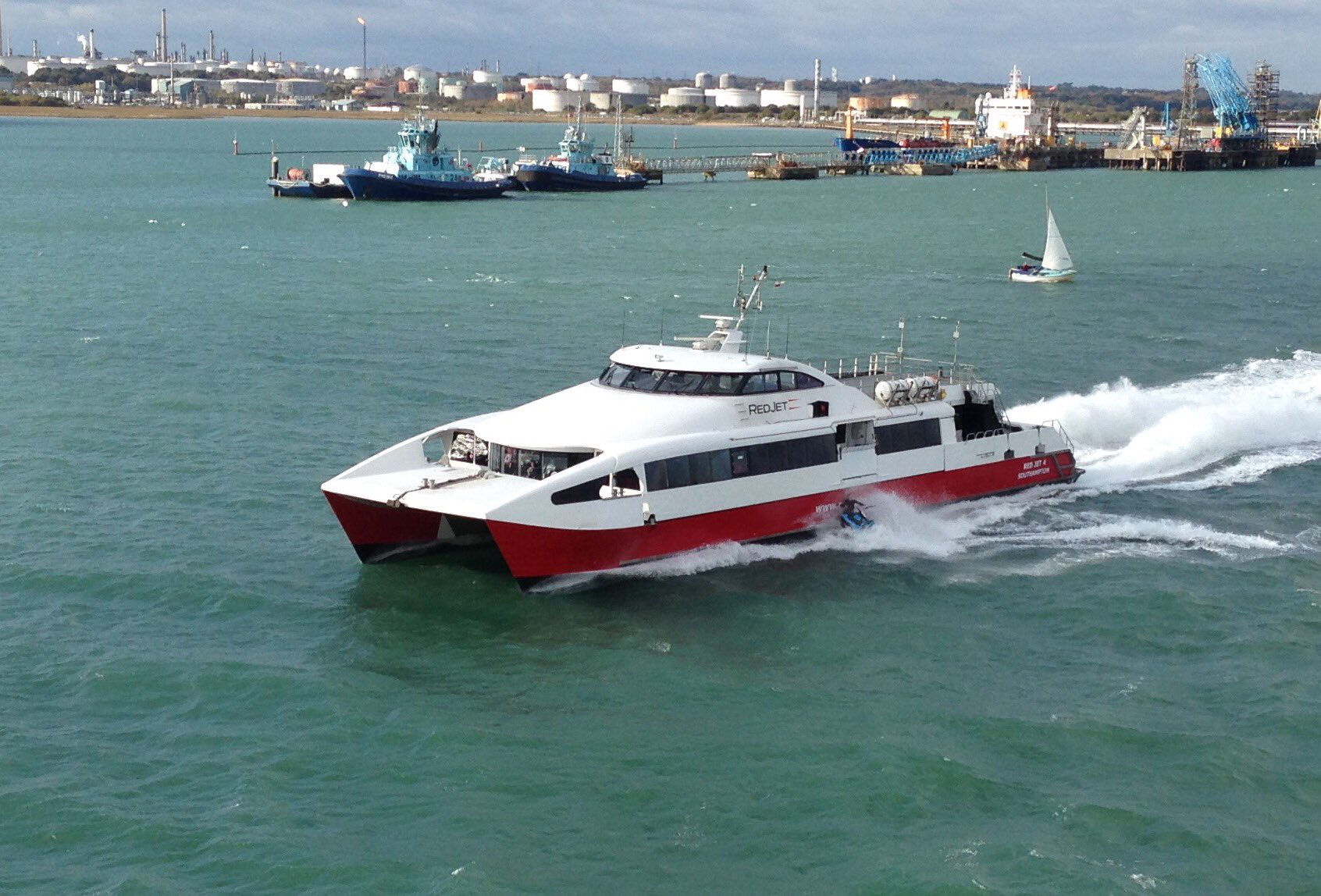 While the operator will maintain its daily Red Jet service between Southampton and West Cowes seven days a week, the service will move to a “commuter” timetable format effective this Monday, 16th November.

The revised temporary timetable will be as follows:

Now one week into the second lockdown, Red Funnel has seen a 60 per cent decline in demand for its services compared to recent weeks, now bringing overall daily traffic passenger counts to just 15% of what they were this time last year.

The revised timetable has been established to serve the majority of Red Jet customers who continue to commute for essential reasons, with an estimated 70 per cent of passengers already travelling at the same times as the revised schedule.

This new temporary timetable meets the needs of most regular passengers still travelling for essential reasons.

With demand significantly reduced, the Red Jets will also be able to carry up to five full size (non-folding) bicycles per crossing, on a first come first served basis.

To support Islanders crossing the Solent following the suspension of the FastCat service, Red Funnel also confirms that the company will accept all pre-booked Wightlink foot passenger tickets on both its routes between Southampton and East and West Cowes.

“As for many businesses, this second lockdown has brought additional challenges and we are doing our absolute best to ensure we make the right short-term decisions, to safeguard our long-term ability to provide a lifeline service to the Island and its communities. We remain deeply committed to doing everything we can to keep sailing and maintain our services. We hope these changes won’t last long.

“As we’ve done since the start of the pandemic, we’ve worked closely with the other operators and the Isle of Wight Council to ensure that the Island remains connected and supplied to, to the best of our efforts, and we look forward to resuming normal timetables as soon as we’re able.”

Take-away food and drink services will continue to be offered on-board the vehicle ferries.

For more information visit the Website and find all of the latest timeteables.

News shared by Enya on behalf of Red Funnel. Ed