‘Slow down, Save Lives’ Police campaign highlights the devastating impact of speeding 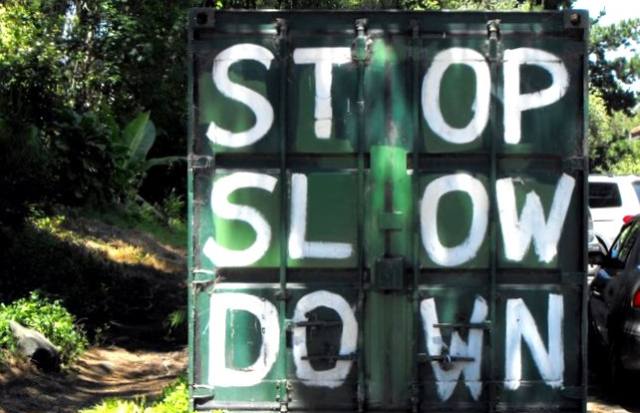 Hampshire Constabulary is supporting the National Police Chiefs’ Council’s ‘Slow Down, Save Lives’ campaign that launched earlier this week.

Running until 7th June, the campaign aims to remind motorists of the importance of travelling within the speed limit, while promoting greater awareness around the dangers of speeding.

Speeding has been identified as one of the ‘fatal four’ factors that results in fatal or serious injury collisions.

Officers will out and about engaging and reassuring communities across Hampshire about the importance of driving within the speed limits.

“Research from across Europe suggests speeding is the most significant factor that contributes to road deaths and serious injury.

“Our focus on those who endanger lives on our roads is relentless through both enforcement and education with a National Speed Awareness course as an alternative to prosecution. This approach is aimed at improving knowledge and attitudes to influence better behaviour on the roads.

“It needs to be noted that the speed limit is a limit, not a target – there will be times when you have to drive much slower to stay in control. Drivers can become complacent about roads they are familiar with, causing them to be less alert to the road, and drive at a faster speed.”

Impact of speeding
Hampshire Constabulary want to remind motorists of the devastating impact speeding can have, not only increasing the risk of a collision, but the severity of the impact at higher speeds.

Figures show that on average 17 people are killed and 126 are seriously injured every month in the UK, where speeding is believed to have been a significant factor.

Keep your distance
At 30mph, vehicles are travelling at 44 feet or about 3 car lengths each second. Even in good conditions, the difference in stopping distance between 30 mph and 35 mph is an extra 21 feet or 6.4 metres, more than 2 car lengths, this could make all the difference in avoiding a collision.

Johnson: It’s not worth the risk
PC Liz Johnson continued:

“Please do not speed. It’s not worth the risk, and you will massively reduce the chances of being involved in a collision when an unexpected incident happens.”

Image: photologue_np under CC BY 2.0

5 Comments on "‘Slow down, Save Lives’ Police campaign highlights the devastating impact of speeding"

Good point, I noticed the other day, the boy racers are enjoying the empty roads a bit too much.

Vote Up24-2Vote Down
Colin
With the odd exception, the Military Road had been peaceful during lockdown. However the bikers were out again last weekend and although many keep to the speed limits there were some ignoring everyone else’s safety excessively banking around corners at speed and winding their machines up and in convoy too. Perhaps now plod has finished harrassing pedestrians out in more than two’s then they might want to… Read more »
Vote Up15-3Vote Down
Tamara
Riding or driving in convoy is how boy racers get their kicks. Unfortunately, during lockdown they may have nothing else to do to. And near-empty roads must be very tempting. But is this police campaign going to change the attitudes of testosterone-charged youth with so much time on their hands? Biking or driving is a way of being with their mates legally, self-distancing – if only one… Read more »
Vote Up13-2Vote Down
chrisinthemorning

Sounds very frightening Tamara – I’m sorry that you had that experience.

Vote Up60Vote Down
Mark L Francis
Traditionally Island drivers have driven ridiculously slowly except on the military Road, Forest Road (where there is a blind entrance from Gunville where someone was actually killed a couple of years back)or the Downs road, where they tailgate you if you are not actually speeding yourself. I have no idea why except many drivers are avoiding the extremely long 20 mph zone through Arreton from Horringford to… Read more »
Vote Up20Vote Down