Spinnaker Tower lights to be switched back on – No longer powered by floppy disk!

The Spinnaker has been dark since September. Now refitted with hi-tech lights, OnTheWight’s got the details of when the new free light show is on – see within for dates and times 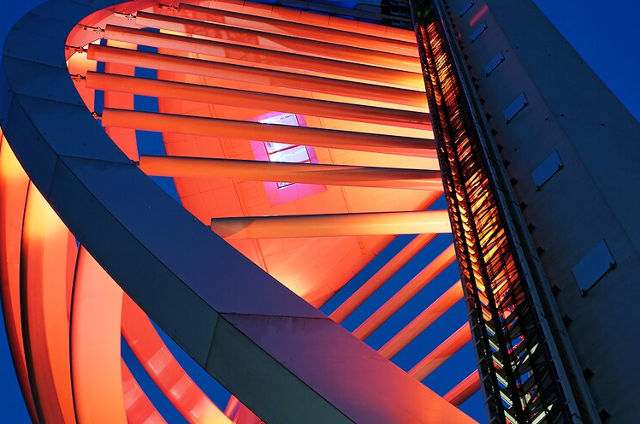 A city landmark will light up the sky once more after months of darkness.

Spinnaker Tower in Gunwharf Quays will showcase its updated lighting system with a ‘breath-taking’ run of displays starting on 15th November as part of a winter show across the shopping centre.

“As one of the most iconic landmarks on the south coast, we have a duty to ensure the Spinnaker Tower continues to be a world class tourist destination and place for residents to visit.”

A total of 96 lightbulbs in the tower were also replaced with energy efficient lights. Overall the new system will save the council £28,000 a year in maintenance costs and will increase the efficiency and lifetime of the lights.

The system will also allow for the lights to be controlled remotely and set to music.

“This major upgrade illustrates how we continue to be proactive in finding new ways to improve our buildings and attractions whilst simultaneously looking to save energy and money.

“The new capabilities of the Spinnaker Tower lights are truly breath-taking and we look forward to being able to show residents exactly what it can do.”

Future light shows
Following this event the Spinnaker Tower will then run light shows every evening, from sunset until 11pm.

The future colour of the tower is still yet to be decided, with its current sponsorship deal with Emirates coming to an end next year.

Councillors have previously said a new sponsorship deal will be sought.

3 Comments on "Spinnaker Tower lights to be switched back on – No longer powered by floppy disk!"

Why wasn’t this done when it was built???

And Portsmouth planners weren’t smart enough to ask the right questions about longevity…..