The Palace of Earthly Delights: For those who like their comedy satirical, outrageous and just plain bizarre

Coming to Ventnor Fringe festival – Absurd political storytelling from Max Turner Prize finalist James Harris, an original and intelligent political comic who is “growing in stature with every performance”. 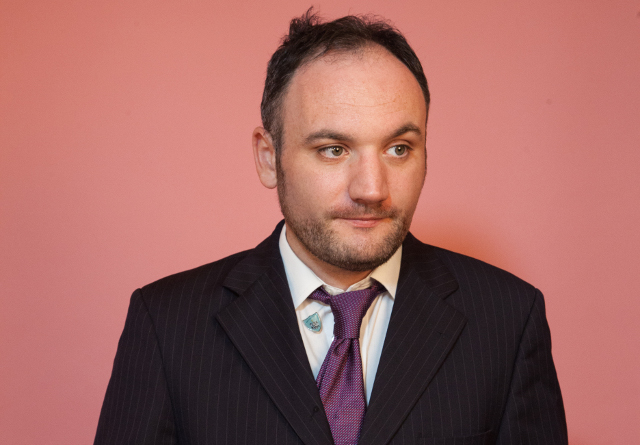 The Ventnor Fringe Festival is almost upon us (note the new dates 23rd-28th July). The six day wonderland of pop-up bars and boutique venues, will this year feature more than 300 artists from across the world.

The Palace of Earthly Delights
The show: London, 2019. Following an onstage scandal, James retires from stand-up, only to be offered a surprise comeback gig at a secret London location. Accepting, he finds himself caught up in a bizarre, decadent gathering of the British political class. It’s the toughest gig of his career and a performance he may not escape from with his life.

Absurd political storytelling from Max Turner Prize finalist James Harris (‘assured stage presence’, TNT Comedy), this show is perfect for those who like their comedy satirical,outrageous and just plain bizarre.

A mixture of theatre and stand-up, ‘The Palace of Earthly Delights’ marks the first full UK hour and Ventnor Fringe debut of an original and intelligent political comic who is ‘growing in stature with every performance’ (Yellow Comedy).

The performer
Born in Nottingham, James Harris has been performing stand-up comedy since 2001 when, at the age of 17, he reached the semi-finals of ‘So You Think You’re Funny’.

Since then, he has performed in eight different countries and three languages, ran Germany’s first-ever alternative comedy night and performed three runs at the Edinburgh Fringe. London-based since 2015, he is an Old Comedian of the Year Semi-Finalist (2018) and a regular performer at Angel Comedy, G&B Comedy and Downstairs at the King’s Head. In addition he has written for ‘The Spectator’ and ‘The Liberal’ magazine.

Book your tickets now
The Palace of Earthly Delights is showing at Ventnor Arts Club on Thursday 25th and Friday 26th July at 7pm.

Tickets are priced at £6, or Fringe Friends 2-for-1. Book now online or by popping into Ventnor Exchange Box Office on Church Street.

You can learn more about James Harris by visiting his blog, Shoe Leather Express, following him on Twitter @JamesHarrisNow or on Facebook.

If you are performing at Ventnor Fringe Festival and would like to share details of your event with OnTheWight readers, pop over to our simple and easy to use event feature order form.

Our thanks to James Harris for sponsoring this feature. He and other businesses and organisations taking paid promotion enables you to continue reading OnTheWight for free