There really is going to be so much to see and do in Ventnor next week. Check out this quick guide from the Festival’s Director – and get your tickets booked asap as some shows are selling out. 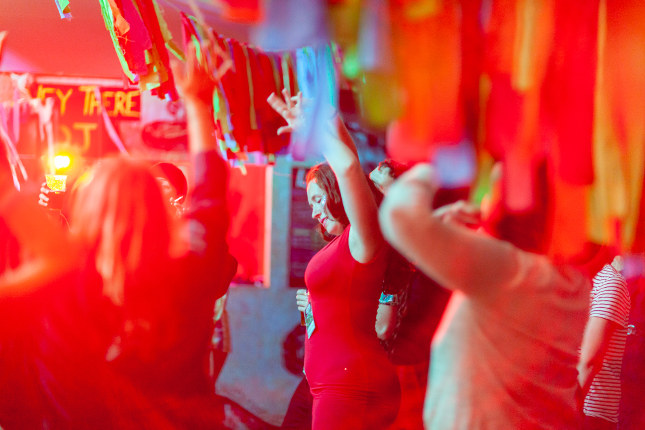 Ventnor Fringe’s Director, Jack Whitewood shares this roundup of what to look forward to for next week’s 10th Ventnor Fringe Festival. Ed

Ventnor Fringe is ten years old and next week (23rd-28th July) the Isle of Wight’s southernmost town will be transformed with ‘pop up’ venues and bars on every corner to host nearly 150 performances of over 90 different shows, alongside many more free events and activities.

Lowdown on what you need to know
The festival is split into three main areas;

Make sure you check out all three as each offers a very different vibe and atmosphere.

Comedy galore
This year the new dates have encouraged a massive range of comedy, mostly previewing work ahead of the Edinburgh Fringe the following week.

Top acts to look out for include Glenn Moore, Ahir Shah, Eleanor Tiernan and Bilal Zafar, all poised to break big in the year ahead. Catch them now for half the price!

Treading the boards
Theatre buffs should head to the new Magpie Big Top for The Hound of The Baskervilles: The Hit Farce, Impromptu Shakespeare and Bon Ami, a female led comedy two hander developed in association with Battersea Arts Centre and The Unicorn Theatre in London.

But don’t forget to venture to some of the smaller, more obscure venues too. You’ll be surprised what you can discover.

Return of the Book Bus
Talking of small, obscure venues, check out The Book Bus outside St Catherine’s Church. It’s a 1930’s Parisian bus transformed into the perfect bookshop!

It also hosts free children’s storytelling every morning, and has regular poets and buskers performing on board.

Food glorious food
Ventnor is full of great places to eat, but this year a new Fringe Canteen will be added to the mix.

Created in collaboration with the Isle of Wight Street Food Company and located at Harbourside, it’s a great spot to grab a bite to eat before some of the amazing gigs in the space like Chicago pysch group Post Animal and East London rapper Barney Artist.

Ventnor Exchange
When in doubt, head to the Ventnor Exchange on Church Street (opposite the motorcycle shop), which is open everyday from 9am until late, where you can get advice and information on everything going on at the event.

Grab a coffee while you’re there and browse the Fringe Review, a daily newspaper which also lists the day’s free events and ‘secret shows’.