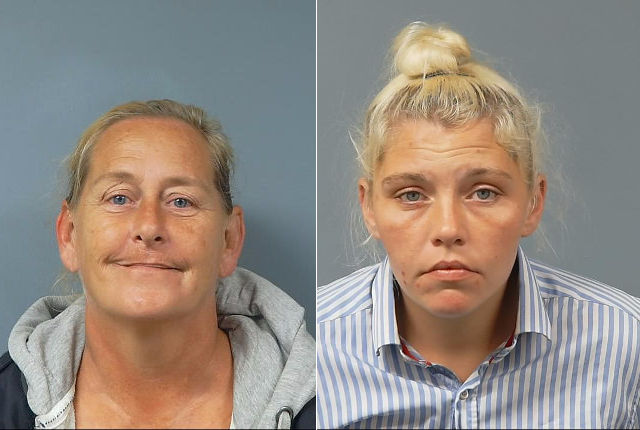 A mother and daughter have been jailed for a series of thefts from vulnerable victims.

Dionne Clarke, 54, and her daughter Cherelle Clarke, 26, pleaded guilty to a total of 13 offences at Isle of Wight Crown Court.

Targeted 91-year-old woman
The court heard the pair stole items including £600 cash, a mobile phone, a bus pass, handbag, and a 91-year-old woman’s Will in their spree in August and September this year.

A judge today jailed Dionne for two years and Cherelle for 21 months.

It was heard the pair were in Halifax bank, in Newport High Street, when they spotted a 91-year-old woman withdrawing cash.

Stole cash and her Will
After following her from the branch, Dionne stole a small bag containing £600 and the woman’s Will from her handbag.

The court was told Dionne and Cherelle had also been involved in a string of further thefts before that.

Not their first older victim
On 15th September, they stole an elderly woman’s handbag from a trolley while she was shopping, using her bank card to purchase items for themselves.

They also admitted a burglary from The Salvation Army’s Fellowship House, in Green Street, Ryde, on 8th August, in which they stole a mobile phone and bus pass, and the theft of a further mobile phone from a council volunteer on 12th August.

It was heard that on 5th September, they also stole a wallet from a car, fraudulently using a bank card from the wallet, and shoplifted coffee and cheese from Sainsbury’s on 13th September.

Both admitted their crimes
Both admitted four counts of theft, one of burglary and one of shoplifting. Dionne also admitted one charge of possessing a class C drug.

“Dionne and Cherelle Clarke preyed upon vulnerable and elderly victims, stealing a large sum of money from one woman.

“They have shown no remorse for the distress they caused the victims of their criminal acts throughout our investigation.

“Their offending started as soon as they came to the Isle of Wight and at no stage have they apologised for the harm they have caused or told us where items such as the will and money are.

“Those who target the elderly and vulnerable will always be pursued by Hampshire Constabulary and brought to account.”

News shared by the Hampshire Constabulary, in their own words. Ed

Charming ladies just the sort of girls you want to take home to meet your mother..