Islanders are expected to line the streets for the Isle of Wight Pride parade on Saturday, which starts at midday. 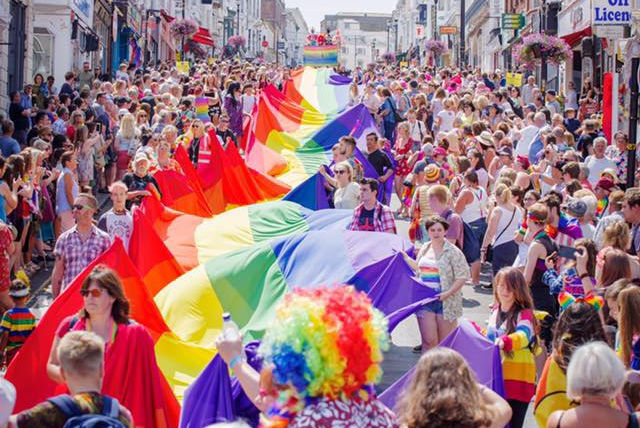 It might look a bit miserable out there today, but the weather forecast is much better for Saturday, so you might want to get the sun-cream back out of the cupboard and join others lining the streets of Ryde for the Isle of Wight Pride parade.

2019 was due to be a fallow year for Isle of Wight pride, but due to public demand, the organising committee have worked hard over the last few weeks to ensure a parade takes place, along with plenty of entertainment around the town.

No tickets are needed this year, just turn up and enjoy the entertainment, which takes place after the parade along the seafront, as well as in several Union Street venues.

What’s on offer
Here’s a run-down of what to expect:

Why Pride?
Isle of Wight takes positive stance against discrimination and violence toward lesbian, gay, bisexual, and transgender (LGBT) people.

Well done to all the volunteers who have given their time to Isle of Wight Pride. We hope everyone has a fabulous time.

Find out more
For more information see the Isle of Wight Pride Website or Facebook Page. If you’re Tweeting photos on the day, don’t forget to include @IWPride

Yep, sure enough the forecast says Ryde is set to brighten up around 11.00 a.m. – bang on cue!