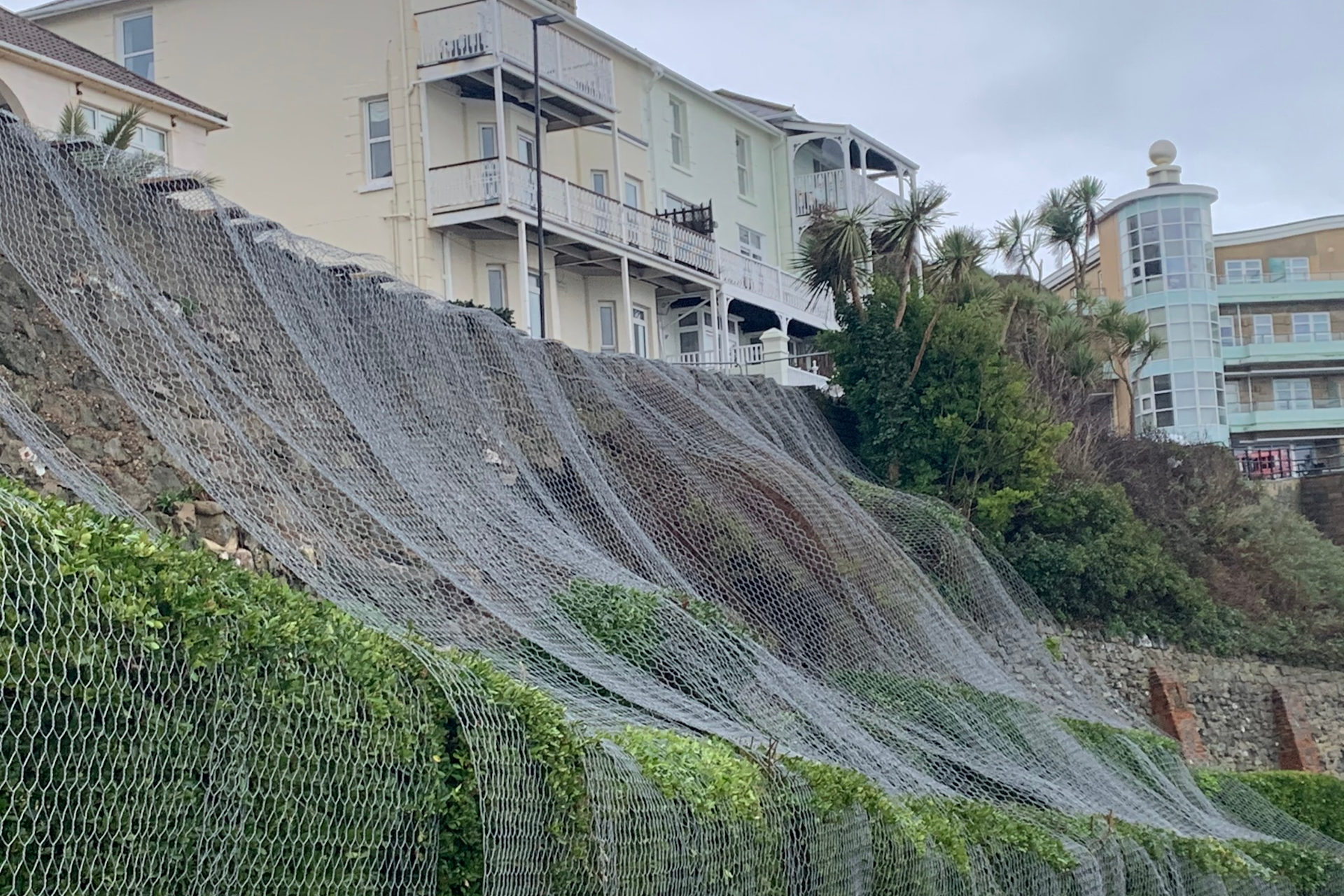 Specialists were on site of the Belgrave Road landslip over the weekend following continued movement of the retaining wall over the course of the last week.

Builder kept road closed to traffic
The failure in the road and partial collapse of the retaining wall was first spotted on 16th January when, for two hours, Neil Carpenter from NPC Building used his van to stop any vehicles passing along the road.

The Isle of Wight council said the next day they didn’t know how it had happened or what they were going to do about it, but last weekend wire netting was fitted over the retaining wall, and banks below to contain any falling debris.

Public safety continues to be our priority
A spokesperson for the Isle of Wight council said,

“Despite challenging conditions, work to install wire netting over the terraced area between Belgrave Road and Esplanade Road has progressed well.

“Public safety continues to be our priority and we will be securing and anchoring the nets today to help contain falling debris.”

“Public safety continues to be our priority”….a net.

Fixing the road and wall isn’t.

Vote Up16-3Vote Down
Benny C
I am waiting for Dinosaur Dave Stewart to propose another wobbly bridge to compliment the one he wants to install on Undercliff Drive. Traffic equals vibration equals risk Dave. The Undercliff is one of the largest inhabited active land slips in Europe. Opening a road which collapsed despite alleviation measures others believed would work ( and which cost a small fortune) is an electoral promise you have… Read more »
Vote Up22-13Vote Down
blues26

Spot on Benny C, common sense at last something Dave Stewart clearly doesn’t have. How on earth can anybody support reopening a road that could collapse again. Come on everybody wake up to reality.

It appears the Undercliff has had some movement again. Island Roads are carrying out investigations