Over 600 residents in Bembridge voted for the parish council to not sell the asset, but the councillors say they need the income from the sale to repair and renovate other parish owned businesses. 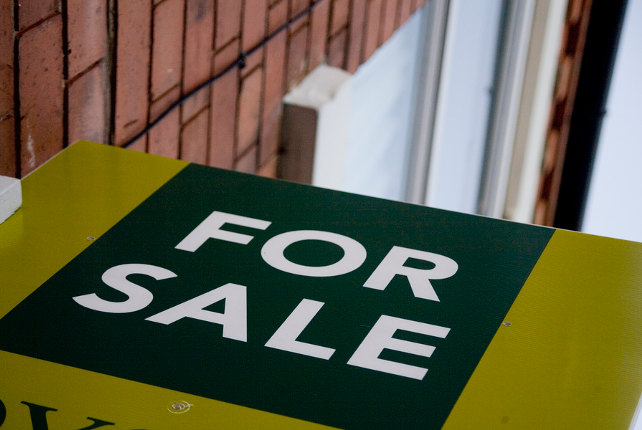 In May, the council agreed to sell 5/7 High Street and use the cash to pay for repairs to the village hall and new public toilets.

However, the decision divided the village and a poll — which had no legal force — saw two-thirds of residents reject the plans.

More than 600 voters came out against selling the building, while 231 were in favour. The turnout was 25.87 per cent.

The description says the building offers potential for conversion to a small office/workshop, and could be extended, possibly creating a two-bedroom flat.

Yard potential
Behind the property is a yard, occupied by a Nissen hut and a smaller brick built store. The listing says:

“Both of these buildings have been let out in recent times as basic workshop and storage facilities, but both present in poor order and it may be more economic to demolish them and re-build.”

Lease situation
The ground floor retail unit is held on a ten year lease, at £6,500 per year.

The leases on the shop and offices are currently under negotiation for renewal.

13 Comments on "Parish council put controversial property up for sale"

Utterly ridiculous that the people are ignored. The parish council should resign and put themselves up for re-election, that is the only way to achieve a democratic outcome. The sum of money involved is hardly a “lottery win” and will soon be spent, no doubt on revenue rather than capital items and thereby lost to future generations. Shame on those who voted in favour of this.

with that poor yield the BPC will be in need of a strong wind, less than 150k in my book

Sorry I’m sure. But it does read as though Bembridge P.C. decided to sell the building despite objections + a poll being carried out.
It is only by reading the comment by Warrior that the full facts actually become clear.

A majority is a majority, so why ignore the democratic voice of the electorate?

Who will actually gain from the sale of this asset?

@ BigJ – the proceeds of the sale will go towards “Parish Council amenities such as the Village Hall, St Luke’s Churchyard, Steyne Park MUGA and the War Memorial restoration”. Details: http://wig.ht/2l56

Vote Up5-1Vote Down
bigj
Thank you Sally, in the short term the money will be spent as you say. Presumably into the same pot that will fund the democratic poll, which in a similar attitude of the Remoaners, is conveniently ignored? Other comments elude to a raise in precept regardless. My concern is long term. Who will gain when the irreplaceable Parish asset is gone??? This has happened all too often.… Read more »
Vote Up2-5Vote Down
alisonjane

Vote Up5-11Vote Down
long in the tooth
I cannot answer why the article doesn’t say that but apparently under the Localism Act any member of the public can call a Parish Poll as long as they have 10 signatures. In this case the ex-councillor got the required number and the poll had to go ahead. Under the rules the Parish has to pay for the poll. The poll might not have taken place had… Read more »
Vote Up2-3Vote Down
Sally Perry

The story doesn’t say it because the article is about the sale of the building, not the poll.

Well I for one, think that the story should have mentioned that the vote taken by Bembridge Parish Council was taken before the poll was ever carried out. It also fails to mention that the P.C. never carried out the poll.
My initial comment on this story was because, having read the article, I feel I, and others reading it were ‘misled’ because these facts were not mentioned!

Vote Up4-20Vote Down
Sally Perry
‘Misled’? Are you serious? What a ridiculous statement! This article is about what happened last week. The second sentence reads, “In May, the council agreed to sell 5/7 High Street” and the article links to the previous article, which explains the vote was taken in May by the BPC. The BPC did hold the poll so I’m not sure why you state “It also fails to mention… Read more »
Vote Up25-4Vote Down