An investigation into the Sandown Honour Trail is being carried out by the Isle of Wight council and will mean how, and by who, the Trail is managed in the future will change. Details within 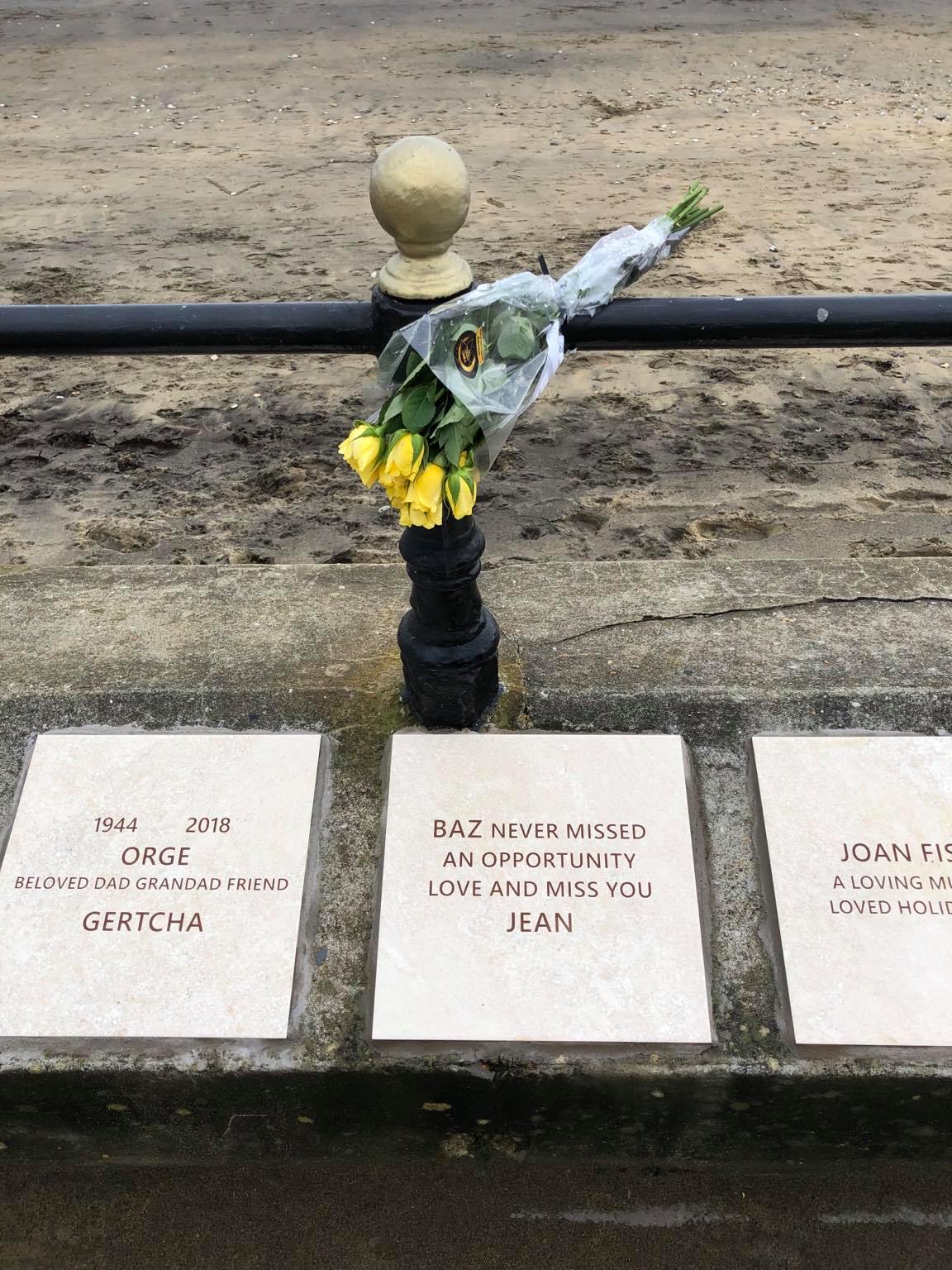 An investigation by Isle of Wight council officers into what has become the controversial Sandown Honour Trail is now well underway, with questions posed by members of the public starting to be answered.

As reported by News OnTheWight in August, members of the Sandown Hub Facebook Group put 44 questions to the Isle of Wight council (IWC) about the Honour Trail and its impact on the street scene.

Among other things, the questions ranged from enquiring about the terms of reference for the scheme, transparency of the finances and responsibility for the maintenance, insurance etc of the tiles.

Sandown Community Partnership (SCP) dissolved
As we already know, the Sandown Community Partnership (who ran the Honour Trail) was dissolved in 2017, but because the Honour Trail was popular, it was decided that “some Sandown Town Councillors would form a non-profit group to continue the service to the town and any surplus money from the scheme would be donated to the community”.

Questions News OnTheWight posed to SCP remain unanswered, but to date it’s thought that around £500 has been donated to the community – namely to the Sandown Green Team.

“The IW Council were contacted and agreed that the scheme could continue under these new arrangements.

“The group have records of those who have purchased tiles and have recorded a small overall surplus of just over a £1,000. However, having looked at the cost of tiles and installation it is likely that the current fee needs to me reviewed.”

No formal agreement
The officer continued,

“Some of the tiles are of a memorial nature, most of these having been installed by the SCP. What is also clear that whilst this a community generated scheme and the IW Council have allowed the use of the wall since 2015, a formal agreement was not recorded with all parties concerned.

“Accordingly, we are now working on a suite of documents including a formal agreement for the future administration of this scheme.”

New tiles to be overseen by IWC
According to the officer, IWC will work with Sandown Town Council to ensure a terms of reference and a very clear application process, which will be overseen by the IWC – who will have the final say on all future tiles to ensure they are of an appropriate nature.

Community consultation
They are also going to be writing to all those people who have purchased tiles regarding the placement of further artefacts in the area, instructing people that they will be removed if placed on the tiles.

“This will ensure that the tiles in future are appropriate and the area is kept tidy.”

We will carry out a community consultation process on the new proposals before implementation.

“Having put in place a process to govern any future tiles we will then conduct an audit of all the tiles and consider what is appropriate for the future including examining a suggestion of Ferncliff Gardens.”

The officer claimed they have received a copy of the current accounts for 2020, and say in future the accounts will be overseen by the Sandown Town Council, together with the IWC.

Q: You mention that upon the dissolution of the Sandown Community Partnership “it was decided that a few STC Councillors would form a non-profit group”   Who decided this?

A: This was agreed with the team responsible for the asset, which at the time would have been the Coastal Management Service.

Q: Who are the Councillors in this “group”? We can possibly identify three from their STC Declarations of Interest but their TOR require there to be four including the Chair.

A: Due to the issues of GDPR I am only able to supply their details with their permission, which I can request or you may wish to write to them directly and request these details.

A: I have at this stage only asked to see these accounts which they have provided, I have no reason to ask for any further accounts. The IWC Council did not request any formal arrangement to supply accounts each year.

As an association there is no obligation to make these available unless it is specified in their constitution.

Q: In relation to IW Council working with Sandown Town Council to “…have a terms of reference and a very clear application process, which will be overseen by the IW council…” it remains unclear who will actually be administering the Honour Trail and holding the funds going forwards?  Will it be a formal STC committee or the Town Clerk? Will the current stand-alone Honour Trail Association be disbanded?

A: We are liaising with both groups and will finalise this shortly.

Q: What will be happening to the many existing tiles which do not meet the required criteria but are, in effect, memorial tiles with date spans etc? Will they be replaced with “non-memorial” wording? The problem has been created by the Honour Trail Association and should therefore be rectified by them.

A: As in many situations, issues will revert to the IWC as the owner of the asset. At this stage we will audit the tiles once we have the new system in place and decide on the best course of action

A: They are covered under the IWC’s public liability insurance as this is our asset and we gave permission in 2015 for these tiles to be put in place.

So no real answers then! Hiding behind GDPR is pathetic…this is a public space, the public should be entitled to know who is running this.

NB. I don’t recall Sandown Town Council discussing / agreeing to take this over in any Council meeting