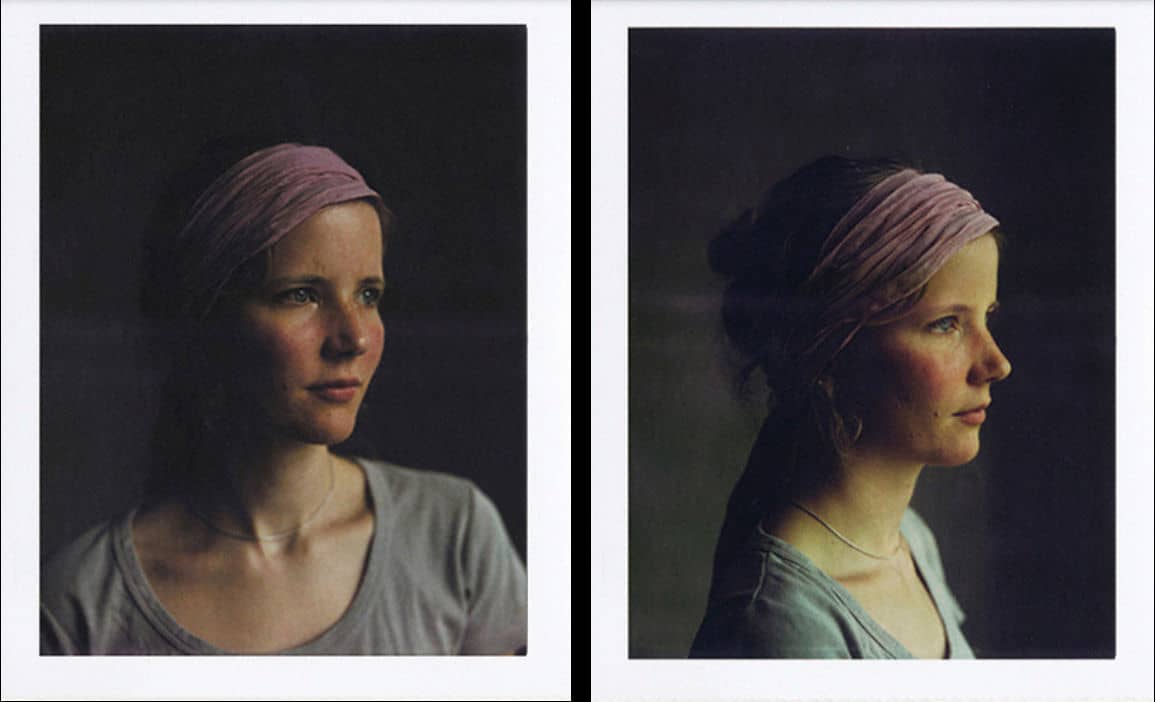 London based photographer and university lecturer, Andrea Muendelein, showcases her Polaroid originals in the Charles Hay Cameron gallery at Dimbola Museum and Galleries.

Andrea Muendelein’s early Polaroid work explores her engagement with portraiture and painting during her time at Central Saint Martins College of Art between 2003 and 2005.

Examining questions of identity
Making references to painting and reflecting on her experience of the transient urban environment she used four by five inch Polaroids and a large format camera to take portraits of friends and unknown others and to examine questions of identity and encounter within a staged photographic setting.

Polaroids are original, non-reproducible photographic images characterized by an immediacy of process in the form of instant development.

Exploring mood and intimacy
The Polaroid’s specific attributes in terms of immediacy, scale, colour and contrast palette led to an exploration of mood and intimacy and also allowed for a different encounter with the person photographed, a collaborative process, a direct communication via a developing image, created as process and together with the sitter.

Most of the images are photographed as sequences.

Body and space
Presented as a series of two to five photographs they show the way in which the photographer looks from various angles and uses frames to examine the relation between body and space. They explore subject positions and borders in the frame / space, the way in which space presents boundary or also resistance within spatial boundaries, how body inscribes on space and how space reflects back on the body.

The rooms look mostly empty; the large format camera is scarily close, capturing detail and facial expressions. In contrast, the images are fragile and small, reflecting distance and closeness, unexpected moments of ‘Versunkenheit’ and emotion encountered during a sitting.

Biography
Andrea Muendelein is a visual artist working with photography. She graduated with a PhD in Fine Art Photography from Central St Martins, University of the Arts London in 2019.

Andrea has participated in artist residencies, research retreats and symposia such as ‘Cill Rialaig’ in Ireland, ‘Nida Art Colony’ in Lithuania and ‘Light, Sensitive, Material’ at the University of West London. Exhibitions include ‘Re-Stage’ at the Davies Street Gallery London, ‘Minor Revisions’ at Tenderpixel Gallery and ‘Exp.20’ at the Institut d’Estudis Fotogràfics de Catalunya in Barcelona.

She is an Associate Lecturer and a Student Mentor at the University of the Arts London.

Watch the private view
Private Viewing (open to invitees only) will be live streamed via the Dimbola Facebook page on Friday 2nd October at 5.30pm.

The show will run from Saturday October 3rd to Sunday December 31st in the Charles Hay Cameron gallery.