The London Transport Traction Group have been informed that, pending final approval, they have secured one of the former Northern Line stock – now an Island Line train – for preservation 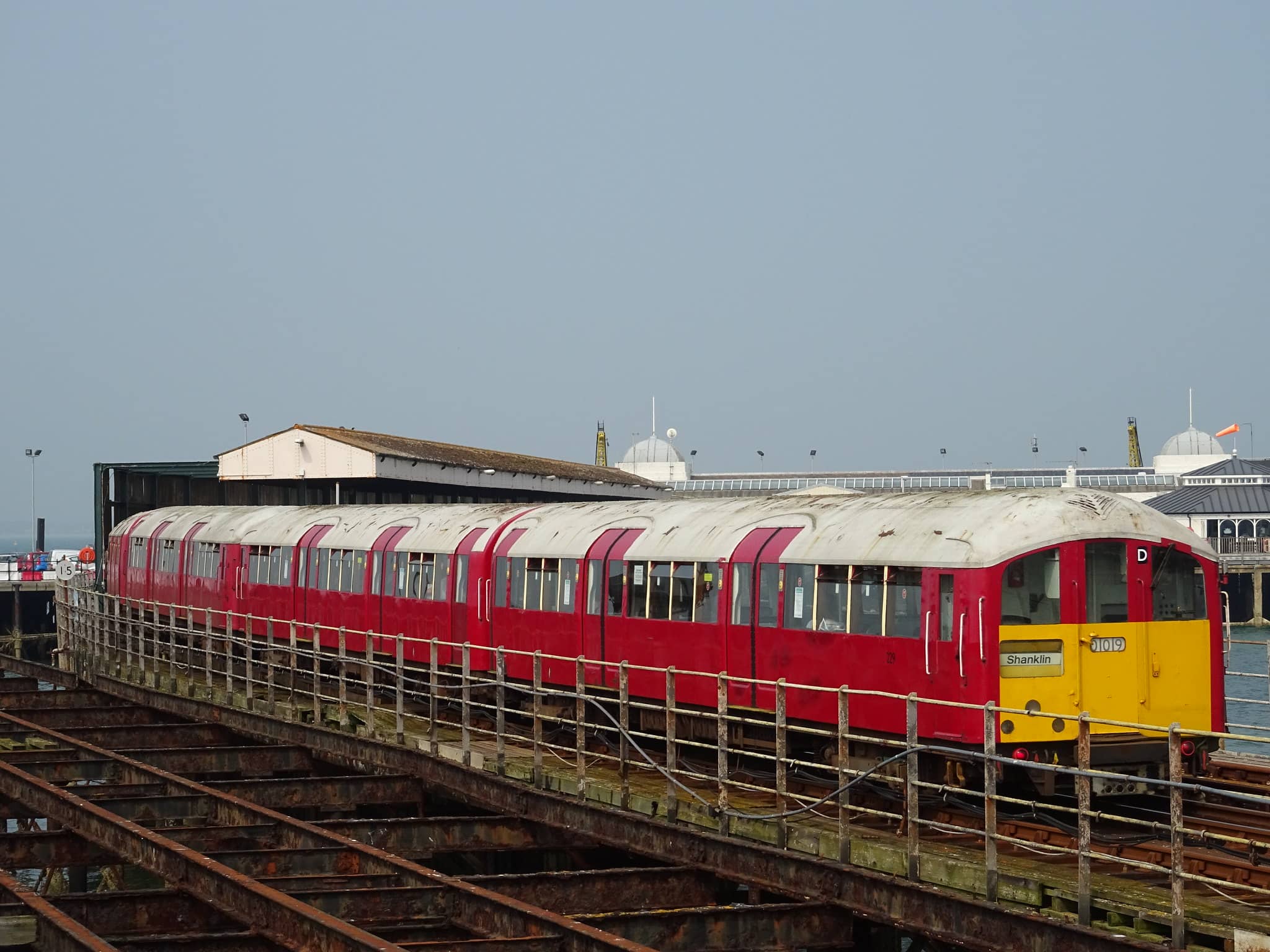 With the final withdrawal of Island Line’s 80 year-old Class 483 trains a little over a month away, the London Transport Traction Group are delighted to announce that they have now been officially informed by South Western Railway that they have successfully secured one of these trains for preservation on the mainland, at the Epping Ongar Railway in Essex.

An official from South Western Railway informed the group they they “will have a unit for preservation” but that they “can’t confirm which unit yet”.

Pending approval
This is pending a final decision from the Science Museum’s Railway Heritage Designation Advisory Board who is managing the disposal of some of the trains.

The official went on to explain that the most likely train to be offered to the London Transport Traction Group is 483006, or else 483008.

These two units are the current backbone of the Island Line service.

One off to the Steam Railway?
Freshly-overhauled, and due to return to service for the final month of operation for these venerable trains, Unit 483007 is also set for preservation, but not by the London Transport Traction Group.

It is speculated that this unit will be heading for the Isle of Wight Steam Railway for display in their ‘Train Story’ Museum.

Converted to battery operation
South Western Railway told the London Transport Traction Group that they should expect to be able to collect their unit from Island Line “around the end of the line closure in March”.

The unit will then be transported back to the mainland for restoration and conversion to battery operation.

“For us this is truly wonderful news, but it also represents only the first step in our journey that we hope will soon see a class 483 train, cosmetically restored to 1950s London Transport condition, running on the Epping Ongar Railway under its own power and visiting galas around the country. This will also enable us to take a tube train where none has ever gone before, allowing us to introduce the joy of the 1938 Tube stock to new audiences.

“To do this we require donations. Our pledge scheme has been very successful, but we still require support. Earlier this week we opened up membership and donation options, which may be found on our website.

“Although these are difficult times for many, we would greatly appreciate any assistance that you may be able to offer to our exciting, innovative and youthful project that has the potential to lead the way in electric railway preservation.”

History of trains
Both 483006 and 483008 entered service with London Transport in 1940, before the Battle of Britain had even started. They served London Transport until 1988 when they were withdrawn from the Northern Line.

Class 484
They will be replaced by the new Class 484 trains, the first of which arrived at Ryde Depot last week.

The Class 484s re-use the body-shells, running gear and other small components from ex-London Underground D78 trains from the District Line, completely overhauled and refurbished with many new features.

Five trains have been ordered with the rest of the fleet due to be delivered between January and March.

Find out more
If you are interested to find out more about the London Transport Traction Group and their plans to breathe new life into one of Island Line’s ancient trains please visit their Website.

News shared by Daniel on behalf of the London Transport Traction Group, in his own words. Ed

It’s great to see how much our old London Underground trains are in demand from enthusiasts, the London Transport Traction Group set up expressly to restore one of them and put it to good use. And another is likely to remain on the Island, at the Steam Railway, to remind us – fond memories – of our ‘bone-shaking’ but novel rides.