The option to buy the land originally included permission for “non-food retail or light industrial uses“, but the Cabinet member has now approved a variation opening the door for two more supermarkets. 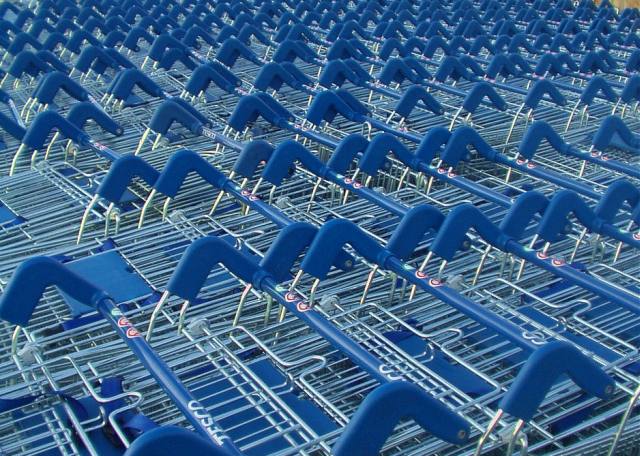 Isle of Wight council Deputy Leader and Cabinet Member for Resources, Cllr Stuart Hutchinson, has today (Wednesday) approved a delegated decision to vary the terms for the sale of land on St George’s Way, Newport to South Coast Leisure Limited.

The option for the site, which sits next to ASDA, and is currently occupied by Newport Football Club, originally came with permission for “non-food retail or light industrial uses”.

Cllr Hutchinson has agreed the terms of SCL’s request and assuming the decision is not called in, the wording of the option will be amended accordingly.

This decision will be Called In by the Scrutiny Committee. Representations by myself, two other Newport councillors and Newport Business Association have been disregarded.

Vote Up39-5Vote Down
profoundlife
Am I missing something here? For the individual businesses, it might be survival of the fittest, but with Lidl, Asda, Sainsburys, Morrisons (and others), this is going to lead to empty premises. It’s not what Newport needs – BHS hasn’t found a new tenant yet and this would be the same. Ryde could do with a cheaper option, mind. Tescos is very average and Co-op cost an… Read more »
Vote Up25-2Vote Down
richardshanklinite

I hope that the original sale included an additional payment to the council should a change of planning be allowed. It seems everything is getting centralised to Newport which is all very well apart from the roads at Newport cant cope with the traffic at the moment.

Can we not come up with shopping other than food. How about some competition for B&Q or maybe Primark. Surely there are not enough residents to justify even more food outlets.

Vote Up230Vote Down
Colin
Just what the Island needs, another retail park. One wonders what will become of Newport High Street. But then, the council let slip a while ago plans for permanently closing the High Street junction at Coppins Bridge and making traffic use other routes or, er, backstreets as we call them. The IWC has obtained £9 million from central government for “road improvements associated with Coppins Bridge”, but… Read more »
Vote Up24-2Vote Down
tyke
Shoppers not politicians should be the judges of whether something is viable. If another supermarket is needed it will succeed, if it isn’t then it will fail, it’s that simple. Every time there is a plan for a new store we are told there are enough already but I don’t remember a supermarket closing recently. The job creation aspect is what should be paramount here. Can the… Read more »
Vote Up4-22Vote Down
Caconym

The problem with that plan is that, if it doesn’t succeed, we are stuck with another empty eyesore on land that could have been used, for example, for light industry or affordable homes.

Where is the plan Suruk? I’ve not seen it. If you are taking the negative view then light industry is just as likely to fail as retail. I’d agree with affordable housing but isn’t that what Pan Meadows is supposed to provide in this area?

But, as pointed out, we don’t *need* more food retailers.

We do *need* more light industry.

Pan Meadows was only to provide 255 affordable homes out of the 855 approved in the planning application. All 255 were completed and let to Islanders three years ago’ managed by Sovereign HA. The other 600 are/will be either owner-occupied or – increasingly – buy to let. Not even 200 of those have been built and sold yet.

And is this the kind of future we want for our young people?

What do you want to be when you grow up? Checkout operator, shelf stacker, customer service advisor, call centre worker, care assistant, seasonal agricultural worker?

We need to attract businesses that can create high-skill, high-pay work and more supermarkets aren’t going to do that.

Vote Up26-3Vote Down
tyke
We need a mixed economy, Suruk. If you are a student looking for part time work, a single parent looking to juggle their hours around childcare, an unemployed person looking to get a flavour of work or boost their CV and gain skills or a retired person looking to keep active then a job in retail rather than as a full-time steel fabricator is more likely to… Read more »
Vote Up5-22Vote Down
Caconym

Indeed we do need a mixed economy.

That is why we don’t need yet another source of low-skill, low-pay work.

We have an excessive bias towards that kind of employment on the IW already.

So you reject it on the basis that the hundreds of jobs created are not the type you prefer? That’s an astonishing standpoint if so. I take it you are not unemployed.

Vote Up9-21Vote Down
Caconym
No, I reject it on the basis that these are not the kind of jobs the Isle of Wight needs right now. It is not practical for a skilled individual to take an unskilled job while searching for new employment. The reasons for this are, I would have thought, pretty obvious, but just in case i will describe them here. First of all, there is precious little… Read more »
Vote Up23-9Vote Down
greatergood

I don’t think Suruk works, not judging by his/her prolific posting at various points through the day!

Vote Up6-17Vote Down
Ian Young
The fact is Suruk most people today work in jobs which you seem to think are somehow unworthy. First it was call centres now it seems to be retail. I suspect your list is endless. In truth, doing this type of work is how most working people, both on the Island and elsewhere, survive today, and indeed how they have survived since time immemorial. By all means… Read more »
Vote Up9-21Vote Down
Caconym
And you are happy with that for our Island, are you? Kids at school with little to look forward to, or work for, because there are few prospects here? We need to end this negative feedback loop. Poor employment prospects leading to underachievement at school, resulting in an unskilled workforce which attracts more low skill employers and fewer high skill employers leading to poorer prospects and less… Read more »
Vote Up17-7Vote Down
greatergood
Jobs of any type are a good thing I would of thought? Worth noting that although there are not many of them, there are skilled and technical jobs to be had within supermarket/retail outlets. I don’t like the fact that some come across as though they are suggesting that jobs within this sector for people that are less academic or maybe don’t need a high paid degree… Read more »
Vote Up10-21Vote Down
tyke
Thank you greatergood and Ian Young – I thought I was on my own in seeing sense there. Of course if the choice was either skilled jobs or retail jobs I would opt for the skilled jobs – but that’s not what’s on the table. The choice is retail jobs or no jobs in which case its a bit of a no-brainer isn’t it? For some of… Read more »
Vote Up12-22Vote Down
chartman

I’d have to agree too… As much as I would like to see skilled job growth, Retail v nothing is a no brainer. OTOH building lots of houses must bring with it job opportunities of some sort ?

Depends if the developer hires local labour or ships construction crews over I guess!

How much stuff can one Island buy?

Vote Up20-1Vote Down
bones
I expect this will be controversial but if young people get degrees why do they feel they have to come back to the Island to work in menial jobs. There is a great big world out there. Housing or renting is cheaper in some areas and wages higher than on the Island. And they will be gaining experience in a career they would be interested in. Parents… Read more »
Vote Up10Vote Down