In a recent meeting the Isle of Wight council leader told members that if they scrapped FB6 the Solent LEP would be able to ask for its money back, but a senior member of the SLEP had already said they would not 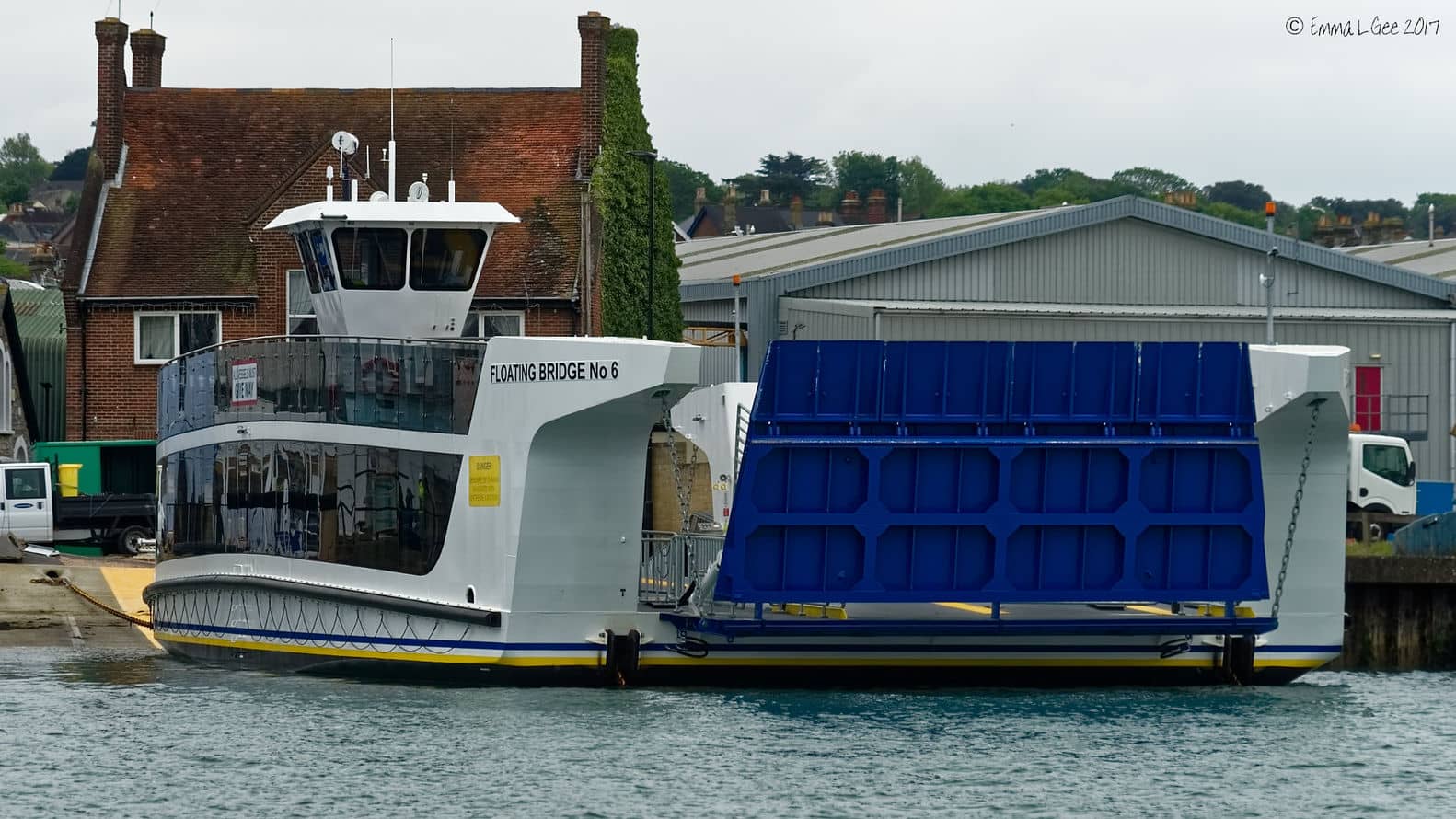 Isle of Wight council leader, Dave Stewart, is being called out for claims he made in the recent Scrutiny meeting when he gave the impression the Solent LEP (SLEP) might ask for their money back if Floating Bridge 6 (FB6) was scrapped.

In 2016 FB6 was funded through a £3.2m grant from the SLEP. At the March Scrutiny meeting this year Cllr Stewart had said,

“If the council was to not complete the contract with the LEP by not meeting the targets and not being able to maintain the service, the body would be able to ask for its money back.”

SLEP: “Do not want any money back”
However, this is being challenged by a member of the Floating Bridge Engineers’ and Stakeholders’ Group.

Minutes as documented from a Zoom meeting in November 2020 between the Cowes Town Council and members of the SLEP (seen by News OnTheWight), reveal that the meeting was opened by a senior official from the SLEP specifically stating that the SLEP “want the FB6 to work” and “do not want any money back or to impose sanctions”.

A number of senior officers from SLEP were present at the meeting, some directly related to the FB6 project, plus the IWC leader, cabinet member and a senior officer.

Correction denied
The council leader was present at the November 2020 Zoom meeting where this was stated, so following his claims at the IWC Scrutiny meeting, he was approached last week by the member of the Floating Bridge Engineers’ and Stakeholders’ Group for an apology and correction to his statement.

“My comments reflect the understanding I have and indeed are enforced by discussions with officers and the LEP.

“On that basis I have no plans to meet your request for further media statements.”

Stewart: “I have nothing further to add”
News OnTheWight has approached Cllr Stewart. He gave us this response.

“Thank you for offering me the opportunity to respond to this matter.

“I am not sure that I was at the meeting in November – but in any event I have responded to the individual who raised concerns with me expressing my understanding of the matter and both council officers and the LEP are aware.

“I have nothing further to add.”

The minutes to the meeting do show the council leader was in attendance.

25 Comments on "Council leader accused of misleading the public over Solent LEP claiming £3.2m back for Floating Bridge 6 (updated)"

What else has he been misleading us about. Let’s ensure he does not retain his post come election time.

A year after ‘the vast majority’ of roads and pavements were meant to be resurfaced and where exactly are we? What penalties have Island Roads had?

how about the diversion at Ryde on Wed. Bad enough a fewweeks ago, but Island Roads have surpassed themselves! Who is the Planner making a name for themselves? Come on you know they want the publicity!

Oh a thumbs down from Dave Stewart

Why didn’t Cllr Stewart the Leader of the IW Council,(who one understands is also on the Board of the Solent LEP), explain the situation fully?
Why did he only state half of the story?
Could it be because [Part of comment removed by moderator] would reveal?

Why are we hiding the truth moderator?

Yeh right, the power of press choosing what to write or not write depending on what ideology your believe in.

No, it’s about the law of defamation.

We have a right to know the truth

Who makes the rules is the question

Vote Up0-2Vote Down
eastcowes
The Council keeps deceiving with half truths and distraction tactics. As some have said, the legal case, the procurement self-assessment audits, whether the LEP asks for its money back or not – this has NOTHING to do with getting a new floating bridge that works for the local businesses of Cowes and East Cowes and relieves traffic in Newport. Nothing. Get a new floating bridge and deal… Read more »
Vote Up44-2Vote Down
Dalek

What do you expect Daley, typical Tory

“Oh what a tangled we weave when we practice to deceive” – Sir Walter Scott original author but worth a space in comments.

Vote Up100Vote Down
Benny C
Isn’t this just so appallingly childish? The LEP might not want to ask for the money back. But, contractually, they would be able to ask for it back under the terms of the agreement IOWC entered into. Dave is right in law – whether they actually ask for it back or not. Dave might not be popular but he isn’t daft. He is not about to make… Read more »
Vote Up16-42Vote Down
eastcowes
Sure, legally the LEP can ask for it back. But he should have said full disclosure- that the LEP has indicated that it does not want its money back but we will have to ask them. But it’s disingenuous that he has been using this as a threat – and an excuse – for not getting a new floating bridge. The legal case, LEP agreement and getting… Read more »
Vote Up48-1Vote Down
Benny C
It makes an income. Fact. If interpreters couldn’t work out what he meant that’s as bad as being economical with the truth. Income and profit don’t mean the same. I guess you’re saying most thinking folk don’t know that? Look, I’m not defending him. They’ve made a horlicks of this for sure and the mediation will cost us money even if the IOWC win their case (… Read more »
Vote Up4-16Vote Down
peterj
The way I read it is that he is being deceptive because he is responding to allegations that the FB doesn’t make a profit by actually *changing* the question and answering that one instead. Who exactly would allege that the FB doesn’t generate any income? That is clearly nonsensical. This of course is a classic underhand tactic frequently used by politicians. You imply you are replying to… Read more »
Vote Up25-1Vote Down
walkingwizard

Are you Dave Stewart in disguise?

Dave Stewart looks after himself and no one else. Popular he’s not by an overwhelming majority. Daft perhaps not but selfish, opinionated and has no regard for residents safety and well being as proved through this pandemic with his reckless decisions to reopen the Island for profit. He needs to go.

Vote Up20-2Vote Down
Geoff Brodie
Let’s be absolutely clear here. Dave Stewart personally is only accountable to two electorates this May. Firstly on May 6th ONLY to the voters of the four villages of Chale, Niton, Whitwell and Shorwell. If he gets re-elected there (for a fourth time) then he MAY then face within days the private electorate of a majority Tory group at County Hall, who would select their candidate for… Read more »
Vote Up110Vote Down
peter1

Message is ‘Don’t vote Tory’. Think of Boris; over educated for his intelligence, thats the Tories for you. Nice one Geoff

we get that opportunity in the council elections.And don’t forget Batmans side kick Robin; sorry Bob!