Cricket: Cup success for Under 11s

Congratulations are in order for the Ventnor Blues, the Ventnor Cricket Club under 11 team, who won the County Press Cup at Newclose, defeating Newport in an exciting final at the weekend. 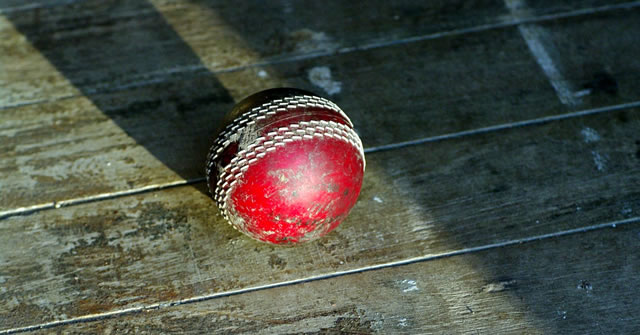 Ventnor Blues, our under 11 team, had a day to remember on Sunday when they won the County Press Cup at Newclose, defeating Newport in an exciting final.

Chasing a total of 102, the Ventnor youngsters were led to a fine victory by Rory Taylor (27) and Will Mew (25) before Nathan Sanchez saw his side home.

Our Ventnor Gold team also took part in the day and finished in fourth place.

A win at last!
Ventnor won for the first time this season at Newclose on Saturday, defeating New Milton by three wickets in the British Gas Premier Division.

The hosts fought back from 70-6 to overhaul the visitors total of 185, with skipper Rob Snell batting outstandingly to hit a League best 93 from only 115 deliveries. He received excellent support from 15 year old Ben Attrill who showed a maturity beyond his years to make a crucial 34 not out in a partnership of 104. Adam Wilson joined Attrill to see Ventnor to a fine win with an over to spare.

Earlier, an excellent opening spell from Toby Corbin reduced the New Forest side to 37-3 with Snell (2-40) and Hugh Calloway (2-19) also impressing. Corbin finished with 4-28.

The team will be looking to finish a difficult season on a positive note with a second consecutive win when they take on Hampshire Academy on the Ageas Bowl Nursery Ground.

Tenth place for second team
The second team finished their Hampshire League Division 1 campaign in tenth place after a 36 run defeat at Burridge II. Set to score 223, Ben Clarke top scored with 48 while James Attrill hit 26 in the visitors’ reply of 187 all out.

With first team departures, injuries and unavailability impacting on the second eleven, skipper Martin Blackman will be pleased with the progress made by his young side.

Six wicket loss for third team
The third team closed their season with a six wicket loss against Locks Heath at Steephill in Hampshire League Regional Division 3 South. However, their top twelve finish has ensured they will be promoted to a re-structured Division 2 in 2017.

An excellent innings of 70 from Alex Horton gave the home team a excellent platform before a flurry of wickets meant that Dave Cox’s fine knock of 46 at number eight was key in reaching 254-9.

Jack Levy hit an impressive 98 not out for the visitors who reached their target with two overs remaining.