Dinosaur Isle’s future: Promising start, but we’re not there yet, say Friends

The Chair of The Friends of Dinosaur Isle Museum shares a detailed update with OnTheWight about the Isle of Wight council’s ‘Soft Market Test’ event that took place last week. 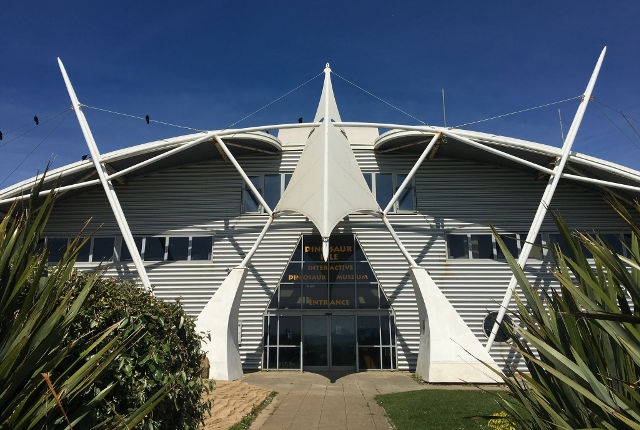 From our point of view the meeting appeared to go well. The event was a sell out due to an unexpected, but heart-warming response from the community, who turned up to support the Museum. Indeed many people applied for tickets and couldn’t get in.

It was also good to see our partners in the Discovery Bay Project like Ian Boyd of ARC Consulting and Charlotte Corney from The Zoo in attendance.

Essentially this limits its management to a charitable trust, local authority or university.

‘Dinosaur Capital of Europe’
The council also finally appeared to have taken on board the many ideas like ‘Cretaceous Coast’, Sandown as ‘Dinosaur Capital of Europe’ and the ‘Discovery Bay’ project that we have been banging the drum about for years and which we firmly believe are the key to regeneration of the bay and bringing in the new brand of tourism that the council’s plans see as so important.

Some businesses were also represented including Dinosaurier Parks. These are an international company based in Germany with a reputation for building high quality dinosaur theme parks but working closely with accredited museums.

They are just one example of a mutually beneficial relationship that can exist between an accredited museum and a business.

Vision for internationally-important visitor centre
The way forward is to seek funding and grants to develop the museum into an internationally important visitor centre, befitting the scientific stature of its collection. This would need a building of almost three times the size with a café, research facilities and much more for visitors to see and do and stay all day.

Dorset County Museum was awarded £11.3 million by the HLF last week so it can be done. We also need to attract a strong volunteer force to help with collecting and preparation of specimens but most importantly to interact with visitors to bring alive this wonderful Island heritage.

The Dinosaur Isle Group – get involved
With the Friend’s support we have formed DIG (The Dinosaur Isle Group) which includes people with skills in business and fundraising as well as palaeontology which wants to give its services free of charge to work with the council to form a charitable trust.

We will be submitting an expression of interest this week. In our view this is the only way forward, as the museum is deteriorating under local authority care and desperately needs change.

Anyone wishing to get involved should email: [email protected]

A long way to go
The meeting I felt was going in the right direction, but we still have a long way to go and still rely heavily on the support of the community to ensure that the museum and its unique collection remains safe.

The key to the success of the bay remains in valuing what we’ve got and working together.