The trees were judged on their innovation, on the theme of equality and diversity 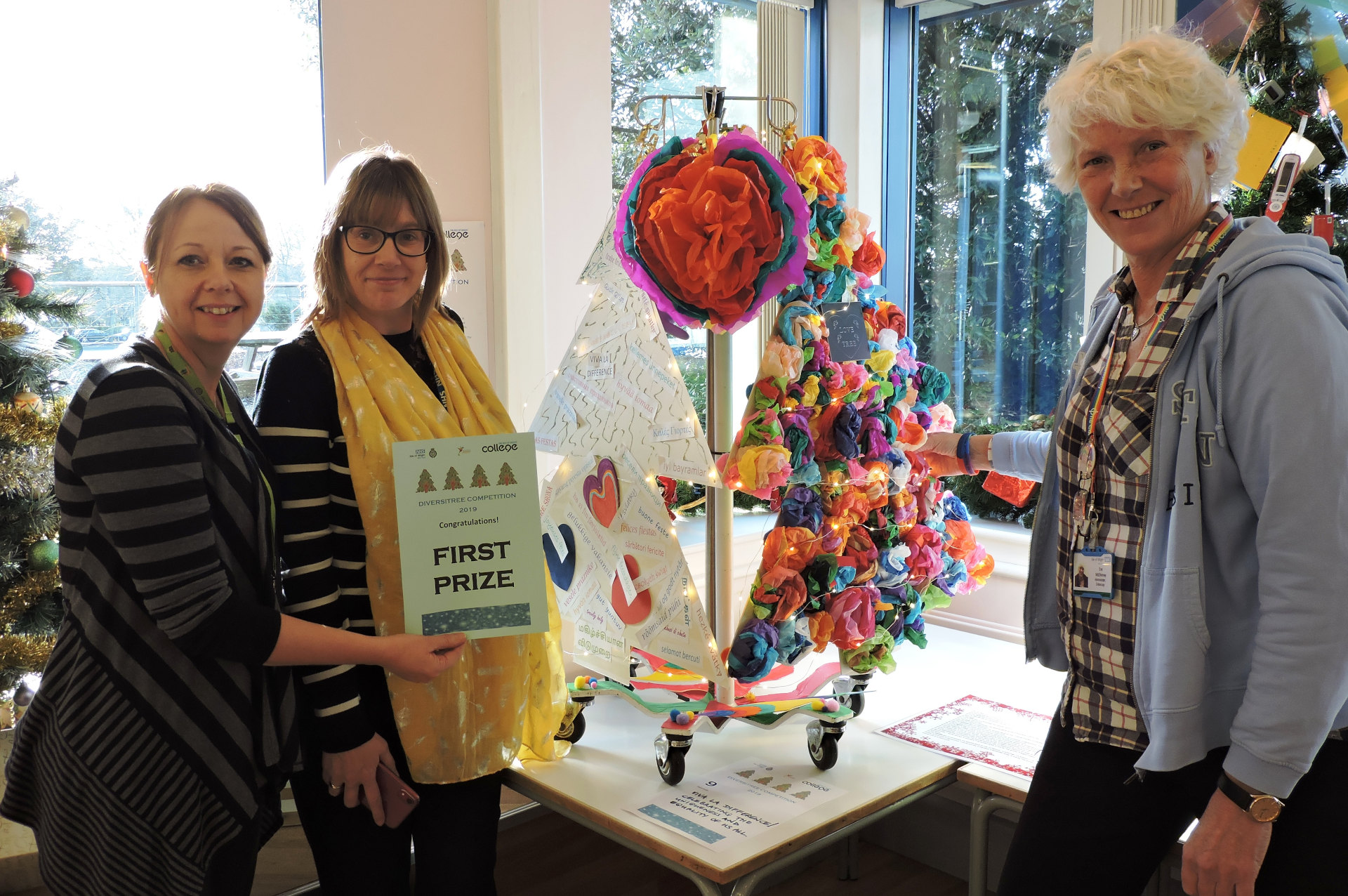 Working together, staff at the Trust and Isle of Wight College, were challenged to design a Christmas tree to represent equality and diversity – ‘Diversitree’.

The trees were judged on their innovation and in aligning to the theme of equality and diversity.

The winners
The overall winner was the ‘Inyourendo – Vive la difference’ tree, created by the Endoscopy Department at St Mary’s.

Second place went to ‘Going around in circles’ by staff at Laidlaw, with third being awarded to the ‘Intergenerational’ tree, a joint effort between Afton Ward and pupils at Lanesend Primary School.

“Thank you to everyone that was involved in the competition and particularly to our Isle of Wight College colleagues, who were a pleasure to work alongside.

“This competition is a great tribute in supporting and raising awareness of equality and diversity issues, as well as providing much delight for our patients and visitors to the hospital.”

The trees are on display at the Full Circle Restaurant, St Mary’s Hospital until 19th December.

I am sure all these trees are really beautiful, but I think patients would prefer not having their lives put at risk by being discharged without a discharge summaries.

Yeah… I’ll, like stick to the one I bought in Sainsbury’s if that’s okay…