Here you can find a breakdown of all the investigations on the costs for FB6 – made on the basis of an FOI request by the Floating Bridge Stakeholders’ and Engineers’ Group, who have labeled FB6 ‘A resounding failure and a bottomless money pit’ 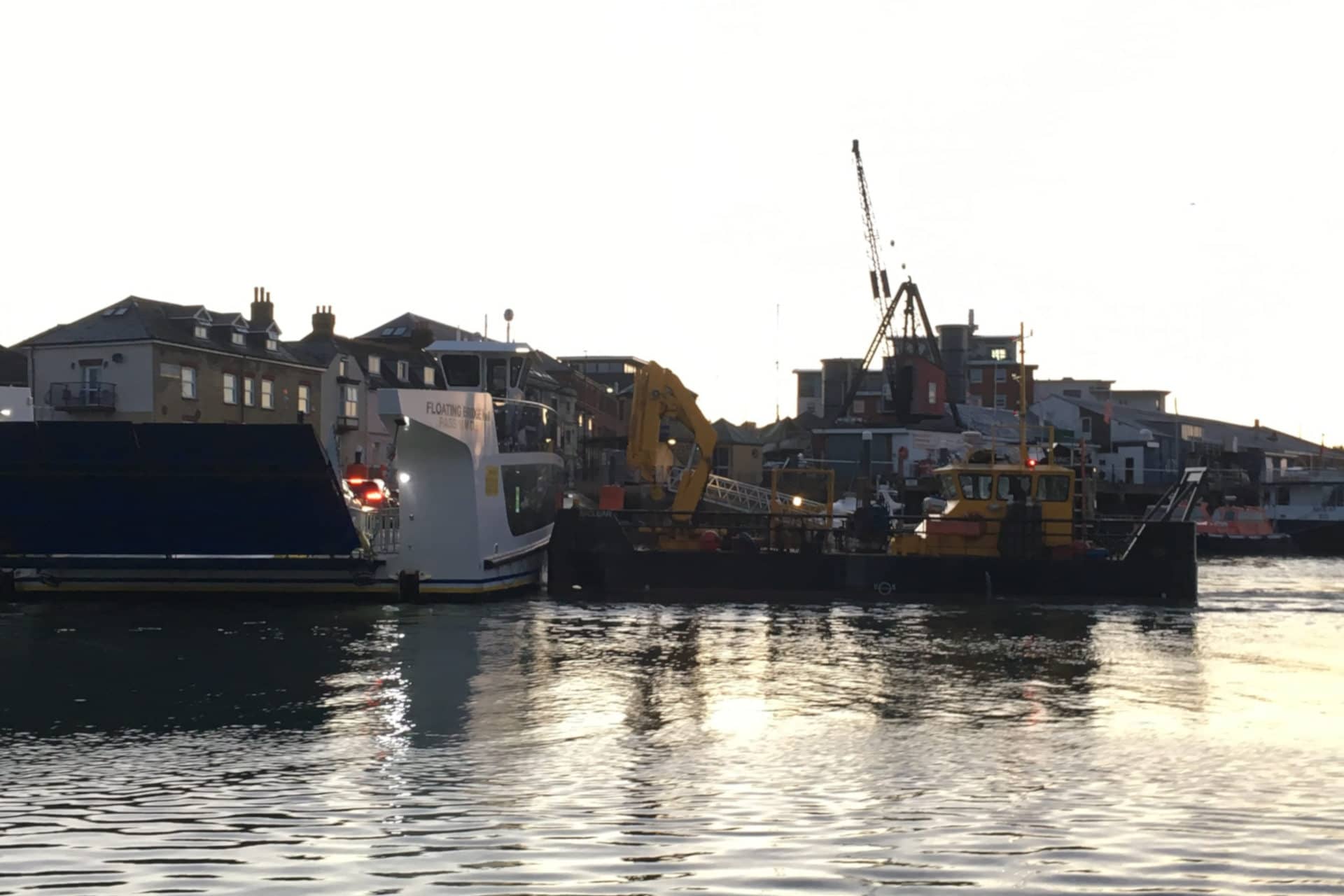 At the end of last month News OnTheWight pored over a series of documents relating to the costs and losses of Floating Bridge 6 a vital link between Cowes and East Cowes at the mouth of the River Medina.

The custom-built bridge, which came into service in May 2017 and has experienced a catalogue of failures – impacting the local economy ever since – has now cost the Isle of Wight council considerably more than the original £3.2m price tag.

Read through the series
Through a detailed Freedom of Information request made by the Floating Bridge Stakeholders’ and Engineers’ Group, details of the losses and additional costs have been laid out by News OnTheWight for readers in the following articles:

Stakeholders: “A resounding failure and a bottomless money pit”
Speaking on behalf of the Stakeholders’ and Engineers’ Group, Cameron Palin, told News OnTheWight,

“The most recent accounts from the Isle of Wight Council have shown Floating Bridge 6 has been a resounding failure and a bottomless money pit.

“The recent FOI shows that since August 2018 the Floating bridge has made an almost £1.2 million loss.  Add that also to the £1.8 million project overspend in 2017-2018, it’s clear that taxpayers are forking out more money for a unreliable and unsustainable Floating Bridge, whilst the old Floating Bridge made healthy profits for the Council.

“This waste of public money is frankly not good enough”
Cameron went on to add,

“This does not include other costs such as for external contractors coming in to make repairs, and the extra parts which have been replaced and repaired frequently on the bridge; those costs have come in at a resounding £455,000. This waste of public money is frankly not good enough and residents of the Isle of Wight deserve better.

“The Isle of Wight Council are running an unviable business model.  Residents, businesses, and engineers alike believe the only way forward now is to replace Floating Bridge 6.

“The Floating Bridge still has too many problems with cars scraping and long waiting times.”

Stakeholders: Side thrusters not the solution
Cameron finished by saying,

“Solutions to some of the problems such as side thrusters, which would be major surgery taking the Floating Bridge out of action for months, would cause yet more problems if they even would work, like costing a lot more fuel.”

newest oldest most voted
joelincs
Surely the people responsible should be sacked, it’s gross negligence to endorse a project so detrimental to the council tax payers. It can’t be called anything else but mismanagement at best. What justification was there for a larger boat, what tests were done to test for its operating in the Medina currents and why go hundreds of mile to an off island boat builder, taking Island prosperity… Read more »
Vote Up104-1Vote Down
henry

You’ll get your chance to kick out the Councillors responsible very soon now.

No chance all the sheep will still put a cross by BLUE, whoever it is…

It’s not the Councillors, it’s the IOWC Officers that are to blame!

Vote Up41-22Vote Down
planespeaker
The Local Government Act 1999 (as amended) gives the Secretary of State powers to inspect and, subject to there being sufficient evidence, intervene in a local authority where that authority is failing in its best value duty, namely: to secure continuous improvement in the way in which its functions are exercised, having regard to a combination of economy, efficiency and effectiveness. Is it not time for the Secretary… Read more »
Vote Up47-1Vote Down
Angela Hewitt

njhb249 is right. The Officers do the commissioning research. They should have got at least 3 quotes and then they put their findings to the Councillors to vote for their recommendation. It is up to the councilors to interrogate the Officers on why they make the recommendation and to pick holes in it.They are all culpable

Vote Up450Vote Down
hardliner
Can I suggest that you all stop just talking about it and that the relevant consumers/stakeholders group simply sues the Council for performance, and open the contractual cupboard doors and get all the parties at each other’s throats until this is sorted. Right now, your councillors are taking the mickey. I don’t live on the IoW, but visit regularly, and looking from that perspective you have allowed… Read more »
Vote Up380Vote Down