The NSPCC’s child sexual exploitation service has directly helped 1,866 children and young people who have been sexually exploited, or are at risk of being targeted. Are you able to recognise the signs of abuse? 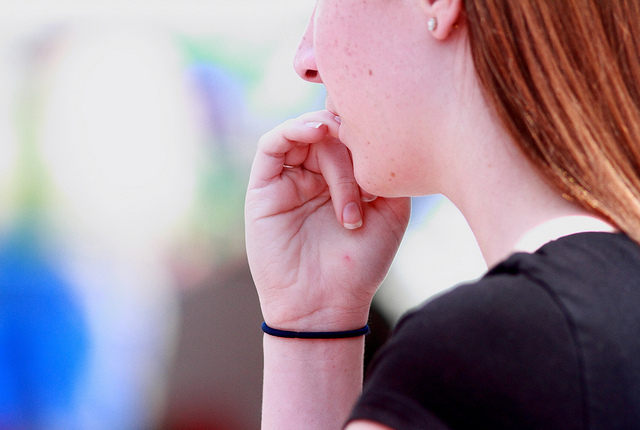 Scenes in the BBC’s new three part drama ‘Three Girls’, which is based on the true stories of victims of grooming and sexual abuse in Rochdale, will have been heart-breaking and harrowing for viewers to watch when it aired.

But the harsh reality is that we need programmes like this to be made if we are ever going to lift the lid on child sexual exploitation (CSE).

It can happen to any young person whatever their background, age, gender, race or sexuality. And it can take place online or in the real world.

In some cases, young people are persuaded or forced into exchanging sexual activity for money, drugs, gifts, affection or status.

Sadly, many victims often trust their abuser and don’t understand that they’re being abused as they believe they are in a loving consensual relationship.

Protect and Respect helped 1,866 in need
Since 2011 the NSPCC’s child sexual exploitation service, Protect and Respect, has directly helped 1,866 children and young people across the UK who have either been sexually exploited, or are at risk of being targeted, with the typical victim being a 15-year-old girl.

To help us protect children further, the NSPCC is encouraging everyone to think about, recognise and speak out against the sexual exploitation of children so we can tackle CSE together.

In order to do this people from all walks of life need to be aware of the signs, children and young people need to learn about healthy relationships, everyone needs to know how to report their concerns, and perpetrators need to be identified and prosecuted.

Be aware of the signs
Young people who are being sexually exploited may:

They may also show signs of sexual abuse or grooming.

Do any of the signs of sexual exploitation raise concerns for you?
If so, or if you are concerned for any other reason that a young person is a victim of, or is at risk of, child sexual exploitation, you can contact the NSPCC helpline on 0808 800 5000 or email [email protected]

If you think a child is in immediate danger then don’t delay – call the police on 999.

For more information about CSE and Protect and Respect visit the NSPCC Website.