More than half of all species are becoming rarer and 15% are at risk of disappearing all together, so confirmation that all future planning developments will need to secure overall ‘net gain’ for wildlife, has been welcomed by the Trust. 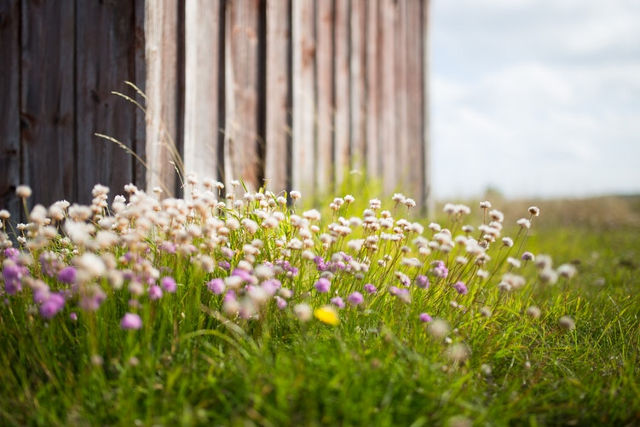 Government has confirmed that all future developments will need to secure overall ‘net gain’ for wildlife.

In the midst of all the current uncertainty, the Chancellor’s Spring Statement last week offered welcome assurance that the Government is sticking to its guns when it comes to improving the natural environment.

Poorly planned developments
Across the UK, wildlife is declining at an alarming rate with more than half of all species becoming rarer and 15% at risk of disappearing all together.

Amongst the principle causes for this loss is poorly planned development, which can create wildlife deserts in our towns and cities and further losses in the wider countryside.

Whilst existing law means that local governments and developers have to take steps to avoid or, at the least, compensate for any loss of wildlife, up until now these rules have only served to minimise damage.

The ‘net gain’ principle
The Wildlife Trusts have been calling for the principle of ‘net gain’ to be embedded in the planning process for some time. Net gain is a measurable, overall increase in biodiversity within a development or beyond its boundaries.

Importantly, this should be on top of, not instead of, meeting existing requirements. The aim of this new approach is to move beyond simply protecting what wildlife is left; making more space for nature and creating the connections that can help wildlife recover and survive. If done properly, new developments can also help to create wonderful, appealing places to live, where people are able to enjoy and connect with the natural world around them.

Best practice example
Barton Meadows nature reserve near Winchester demonstrates how this can work in practise.

Over 30 hectares of wildlife-poor agricultural land has become a buzzing, flourishing wildflower haven, thanks to the Wildlife Trust’s work with Winchester City Council planners dealing with Barton Farm development next door.

“We know that there are enlightened authorities and developers who have been taking a lead in this area, but making this the norm could really help transform the fortunes of our local wildlife.

“National, consistent rules should create a level playing field for developers across the country and mean that wildlife’s survival doesn’t just depend on a ‘postcode lottery’. But, of course, it comes down to the right metrics being applied in the right ways to make sure that any proposed housing, industrial or infrastructure schemes can only progress if they deliver tangible benefits for biodiversity. It is vitally important that developers are not able to simply pay for a license to trash nature. We will be watching carefully how this measure is implemented and holding local and national government to account, should developments fail to reach the bar of real net gain for wildlife.

“Decisions have to be made in the context of a national Nature Recovery Network, again embedded in law and based on evidence that shows where nature is and where it should be. This must also be accompanied by better design. People want to live close to nature, so green recreational spaces (as well as areas for wildlife sanctuary) together with green walls, green roofs, bird and bat boxes, should all come as standard if we are to make our new communities less barren for both wildlife and people.

“Our local wildlife is being lost on a daily basis, with devastating implications for our own health and prosperity. We must tip the balance in favour of nature’s recovery and ensure that every development now gives back more to nature than it takes away.”

Image: Jon Flobrant on Unsplash under CC BY 2.0

quote “Whilst existing law means that local governments and developers have to take steps to avoid or, at the least, compensate for any loss of wildlife, up until now these rules have only served to minimise damage”

Why has this not been applied to the so-called garden grabber in Shanklin taking land from a nature reserve?

And what about the land behind Premier Inn and KFC in Lake ? No planning permission there, illegal, and the land has to be restored to the way it was.